Multilingual education is a door that must stay open
Opinion

Multilingual education is a door that must stay open 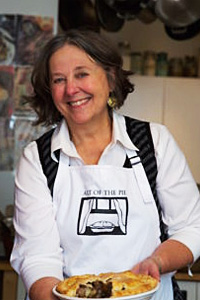 Kate McDermott Senior Education Specialist with Save the Children Thailand

A popular Chinese proverb says that, "To learn a language is to have one more window from which to look at the world." Home to tremendous linguistic diversity, the Asia-Pacific region is seeing these windows closing rapidly.

Globally, there are over 7,000 different languages which are "windows" to unique insights, cultures, identities and knowledge that we simply cannot afford to let close. However, more than half of them are not taught to children at school or utilised in learning. Multilingual education, which provide academic benefits to learners, needs to be considered for schooling as it plays a vital role in helping countries to achieve the United Nations' sustainable development goals (SDGs).

It is estimated that one language dies every 14 days globally. If this trend continues, over half of the world's languages -- many of them not yet recorded -- may disappear. As we celebrate International Mother Language Day today, it is important to understand just what we're at risk of losing.

Isolated small island states throughout the Asia-Pacific region, for example, often operate their agriculture and fisheries in accordance with traditional principles related to resource management and governance. These examples of sustainability become increasingly important amid the looming threat of climate change, a key factor in the increasing length, frequency, and intensity of heat waves, heavy rainfall, flooding, droughts, intense tropical cyclones, rising sea levels and loss of biodiversity. When facing the long-term consequences of climate change, the cultural memory of minority languages, what the United Nations Educational, Scientific and Cultural Organisation (Unesco) refers to as intangible cultural heritage, carries a wealth of untapped insights that are relevant to our present-day challenges.

Multilingual education aligns directly with sustainable development goal 4 on education which calls on countries to ensure that all learners acquire the knowledge and skills needed through, for example, the promotion of a culture of peace and non-violence, global citizenship and appreciation of cultural diversity.

Unesco defines "global citizenship" as the ability to play an active role at both local and global levels to address global challenges and, ultimately, contribute proactively to a more just, peaceful, tolerant, inclusive, secure, and sustainable world. Acknowledging linguistic diversity is key to developing global competencies such as a positive disposition toward cultural differences and developing a respect for and understanding of non-majority languages.

Kim Koch, Director of Save the Children's Thailand office, emphasised that ensuring children learn in a language they understand is a prerequisite to support for children's right to education. Without learning in the Mother Tongue, children may spend three or more years in school but leave with no usable literacy skills. It's inefficient.

This type of education should be a global priority. However, despite growing evidence worldwide of the positive academic benefits of multilingual education, it remains inaccessible to many minority language speakers.

May You Ching, a 15-year-old living in the Chittagong Hill Tracts, a poor and underserved part of Bangladesh with a large indigenous population, exemplifies this fact. Like many other children in her area, she has a difficult time understanding lessons in Bangla, the country's official language.

For many ethnic minority language speaking youngsters like her, education can seem irrelevant and this, along with typically long distances to schools, result in high drop-out rates. Fewer than half of the children in Chittagong Hill Tracts are enrolled in school.

Students who develop strong academic skills in their mother language and then systematically acquire the national language advance more quickly in school than those forced to study languages they do not speak. This helps foster a sense of self-identity and self-esteem, and lays the foundation for later language acquisition as well as deeper understanding in other subject areas.

A recent Save the Children Thailand study of over 150 representatives of five different minority language communities in Bangkok and Tak's Mae Sot district found that the majority of communities were frustrated that their children could not access education in their mother tongue.

As anthropologist Wade Davis notes, "just as the biosphere, the biological matrix of life, is today being severely compromised, so too is the ethnosphere", which he defines as the "sum total of all thoughts and dreams, myths, intuitions and inspirations brought into being by the human imagination since the dawn of consciousness". The chief indicator of a damaged ethnosphere, he writes, is language loss.

Kate McDermott is a Senior Education Specialist with Save the Children Thailand and a member of the Asia-Pacific Multilingual Education Working Group which comprises UN agencies, non-governmental organisations and academic institutions.

Senior Education Specialist with Save the Children Thailand

Kate McDermott is a Senior Education Specialist with Save the Children Thailand and a member of the Asia-Pacific Multilingual Education Working Group which comprises UN agencies, non-governmental organisations and academic institutions.