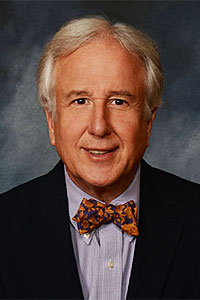 Prime Minister Najib Razak may be laughing but his country is losing its economic advantage because of corruption. (File photo)

With populists emulating autocrats from Azerbaijan to Zimbabwe, free markets are being forced to confront crony capitalism.

One response is visible in the reversal of fortunes of Malaysia and Indonesia. The two nations still wrestle with the politics of ethnicity and religion at odds with the capitalism of market competition. In Indonesia, Basuki Tjahaja Purnama, a Chinese Christian who is the governor of Jakarta, is running for office while defending himself against charges of blasphemy against Islam in a country of predominantly Muslim voters. Malaysia's embrace of an ideology of Malay supremacy and the low interest rates that invite a debt bubble are impediments to a dynamic economy.

But the historic advantage that Malaysia, with just 30 million people, has enjoyed over its Southeast Asian neighbour of 250 million is disappearing amid a barrage of corruption allegations challenging Prime Minister Najib Razak.

Mr Najib, who was elected in 2009, says hundreds of millions of dollars in his personal bank accounts are a gift from an unidentified Saudi donor, denying a US Justice Department complaint filed in federal court last July that accuses him of stealing from a Malaysian government investment fund, 1Malaysia Development Berhad, or 1MDB.

The money is "just a portion of the more than US$3 billion (105 billion baht) that was stolen from 1MDB and laundered through American financial institutions in violation of United States law", said then-Attorney General Loretta E Lynch. "Unfortunately and tragically, a number of corrupt officials treated this public trust as a personal bank account," Ms Lynch said at a briefing in Washington. The civil action and asset seizures represent the "largest single action ever brought" by the Justice Department's six-year-old Kleptocracy Asset Recovery Initiative, she said.

Global investors aren't waiting for a legal verdict. They're already making Indonesia the favoured regional economy at Malaysia's expense: The relative value of every financial asset in the young democracy is increasing at an unprecedented rate after decades of authoritarian rulers. By the time Haji Mohamed Suharto, the former Indonesian army leader who ousted president Sukarno in 1967 and who ruled for 32 years, resigned in 1998, Indonesia was the exemplar of the kind of corrosive, mutually-advantageous relationships between business people and government officials that define crony capitalism.

Malaysia has assumed that dubious distinction the past several years. The Justice Department complaint says that $681 million transferred to Mr Najib in 2013 originally came from $3 billion of bonds sold for 1MDB by an investment banking unit of New York-based Goldman Sachs Group Inc. Mr Najib started 1MDB in 2009 to promote Malaysia development. He was the chairman of the advisory board of the fund, which is wholly owned by the Finance Ministry.

Indonesia's rupiah has strengthened 26% against the Malaysian ringgit since June 2014, the biggest rally so far in the new century, according to data compiled by Bloomberg.

During the past three years, the Indonesian economy also has been growing at a faster rate. As recently as the second quarter of 2014, Indonesia's gross domestic product expanded at an annual rate of 1.56 percentage points less than Malaysia's. Today, the trends are reversed, with Indonesia's GDP advancing 0.71% faster than the Malaysian economy.

The divergent growth rates are reflected in the stock market, where the 539 companies in the Jakarta Stock Exchange Composite Index gained 287% during the past 10 years, according to Bloomberg data. That's more than three times the 95% return during the same period for the 30 companies that make up the FTSE Bursa Malaysia Kuala Lumpur Index, and amounts to Indonesia outperforming Malaysia by 7.6% each year. The gap has grown more pronounced since 2014, as the Indonesia market has outperformed Malaysia's by 9.3% annually.

In the bond market, Indonesian government securities provided a total return (income plus appreciation) of 100% since 2010. That's 6.5% per year more than Malaysian government debt, which returned 30% over the same six years, according to Bloomberg data. Since 2014, Indonesia's advantage has widened to 7%.

The inferior performance of Malaysia's debt is reflected in the country's deteriorating fiscal outlook during the past two decades. Since 1997, when both countries saw their surpluses transformed into deficits, Indonesia kept its budget close to balanced with an average annual deficit of 1.32% of its GDP, according to data compiled by Bloomberg.

The creditworthiness of Malaysia worsened, with the deficit exploding to 4% of GDP. That's another way of saying that business and investment conflicts of interest don't pay. ©2017 Bloomberg View

Matthew A Winkler is a Bloomberg View columnist. He is the editor-in-chief emeritus of Bloomberg News.

Matthew A Winkler is a Bloomberg View columnist. He is the editor-in-chief emeritus of Bloomberg News.