Bangkok is a semi-province under the central regime, "governed" (literally) by a police general, Aswin Kwanmuang. He was working at City Hall when the general prime minister tapped him on the shoulder last October and dubbed him Baron of Bangkok, lord of all that the military regime doesn't want to bother with.

The former governor was elected but we don't do that any more; appointments are by decree, announced a day later in the quite busy Royal Gazette.

Pol Gen Aswin has not bent over backwards to be popular. He hasn't even bent over frontwards.

Example: He was faced with a problem created by his predecessor, who ordered that the century-old community at Fort Mahakan be razed because it looked icky. To this day, no one has been found to publicly support this anti-conservation, anti-history, anti-resident, anti-common sense order. So Pol Gen Aswin decided that orders are orders, and the Fort Mahakan community is slowly assuming ground level and zero population.

The Baron of Bangkok has inherited much more. The enterprise doesn't have a name, so we will do it for him. 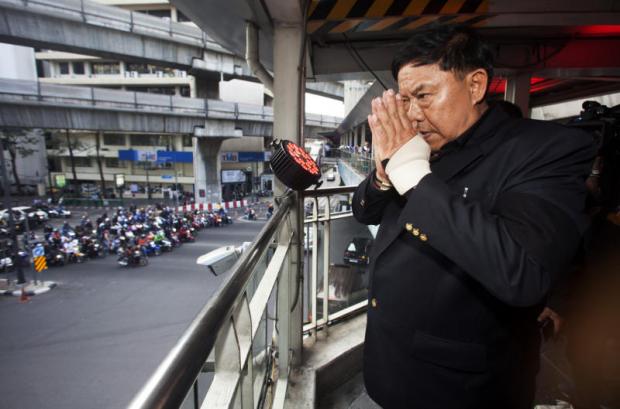 The essential task of Project Singapore is to remove -- or reaccommodate, as United Airlines puts it -- the heart, soul and warts of Bangkok. The aim is to turn the Big Mango into a clean version of the Lion City, although without any of the efficiency or public works that make that unfeeling island of inhumanity at least liveable.

When hugely popular Saphan Lek Market was demolished, there were almost fist-fights with the poor workers doing the dirty deed.

City Hall went silent until it came out to "clean up" the even more hugely popular Pak Klong Talad (Flower Market), and the critics again voiced their lack of support for Project Singapore. And so on.

There is a major battle going on, this one also involving the bulldozer re-accommodation experts of the central regime as well as its little brothers at City Hall. Columnists call it "The Battle for the Riverside" because the government wants kilometre after kilometre of concrete walkway along both banks of the inhabited part of the Chao Phraya.

This appals pretty well everyone, except every phuyai with power. From junta chief and Prime Minister Prayut Chan-o-cha down to the dutiful governor, Pol Gen Aswin, they say "yes" because these days that is speaking truth to power: Krap pom.

Nothing, however -- not razing markets, not trashing history, not flouting conservation -- stirs the passions like clearing the pavements. And nothing is more emotive about footpath clearance than ordering off the food vendors.

Pad Thai did not take the world by storm because of its high-class, air-conditioned, Singapore-sterile, tight-buttocked origins.

Talk to the trendiest chefs and they all adore sitting on plastic footpath stools, scarfing up Bangkok street food.

The Coconuts Bangkok website keeps a list and reports vendors have so far been expelled from Siam Square, Pratunam, Tha Prachan, Silom, Ekamai, and Phra Khanong.

So when City Hall began clearing decades of historical food stalls off Soi Thong Lor, there was concern and lamentation. And when, last week, Baron Aswin's chief adviser Vallop Suwandee said they are all doomed, they are all going, yes, Yaowarat and Khao San roads included, well, it was news pretty well everywhere but Pyongyang.

Of course every follower of Thai politics knows the next step: Mr Vallop was misquoted. He spoke to the government's Thai News Agency, the French news agency AFP and an English-language newspaper that is not Not The Nation, and every one of those trashy rags misquoted poor Mr Vallop. (Story continues below the photo) 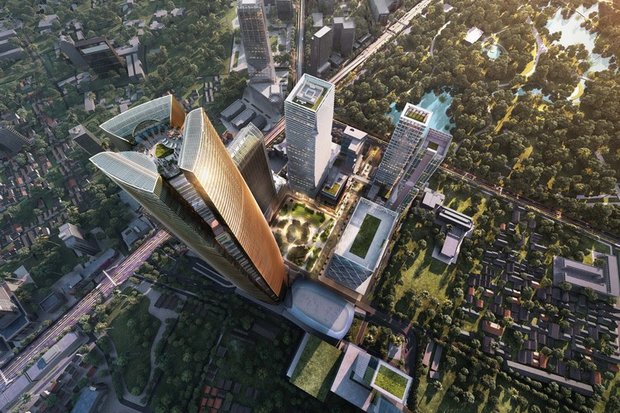 Sure. Of course he was misquoted, who wouldn't accept that?

Also, the One Bangkok project beside Lumpini Park will finally provide the high-rise malls and condos that are so badly needed in Wireless Road. It's a 100-rai vertical of steel and glass, anchoring seven sun-blocking skyscrapers, one of them 90 storeys, designed by Skidmore, Owings & Merrill and owned by alcohol Thaicoon Charoen Sirivadhanabhakdi.

Mr Vallop has been a power behind the Bangkok Metropolitan Administration throne for 13 years, since he left his post as president of Kasem Bundit University to become deputy governor for Democrat Apirak Kosayodhin.

Since the Section 44 appointment of the grey Pol Gen Aswin, Mr Vallop has become a powerhouse of edicts and decrees.

Project Singapore will continue apace, with just the occasional glitch like giving away the plot on killing off street food a little too early. Rest assured that pavements will be cleared and street food will be served indoors.