Is this a useless peace dialogue process?
Opinion

Is this a useless peace dialogue process? An April 10 statement of the Barisan Revolusi Nasional (BRN), or the National Revolutionary Front, has disparaged both the ongoing peace dialogue between the Thai government and insurgent groups in the deep south of Thailand and all parties involved.

Setting its own terms for peace talks, the BRN's statement has prompted critical views against the peace dialogue from various parties as well as questions on whether it truly represents the aspirations of local people. But the dialogue, in fact, has gained some achievement in opening up political space and thus all dialogue partners should capitalise on this momentum.

The BRN is one of a handful of liberation groups that together form the umbrella organisation, Mara Patani, which handles peace dialogue with the government. Those who are still keeping silent on it are BRN members in Mara Patani and the facilitator of the peace dialogue, Malaysia.

Inaugurated by the Yingluck Shinawatra administration in 2013, the peace dialogue was poorly set up. The process has never been smooth but staggers at almost every point. Undoubtedly, all parties involved in the process should listen to the criticism so they can address weak points and drawbacks in the process. 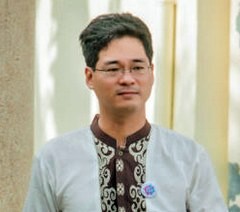 Hara Shintaro is a Japanese freelance researcher basing at Pattani Province, working on the conflict and the local Patani Malay culture, especially the language.

However, their dismissal of this process as useless or without any achievement does not help. Basically, this is a process for talks. Therefore it's pointless to criticise it for just taking people to Kuala Lumpur to have a talk over a cuppa.

This can be seen in the increased visibility and accessibility of "Party B" -- the term used in the General Consensus on the Peace Dialogue Process signed on Feb 28, 2013 referring to "those who have different ideologies and thoughts from the state".

The process also resulted in the state's practical acceptance of the term "Patani" which refers to the historical southern region that covers Pattani, Yala and Narathiwat provinces and some parts of Songkhla. Other key milestone is the reduction in the use of the provocative term "southern bandits" by the Thai media.

These achievements may not satisfy everyone and may not be as satisfactory in terms of what some people had aspired for. The patience of those expecting drastic changes may be running thin. However, the process has brought about a certain level of change that can help keep the momentum going.

During the first round of the peace dialogue process in 2013, political sensitivity was extremely high while trust was very low. For example, I was seen as being a mouthpiece of the BRN for simply helping with translating a statement released by the rebel group. Now, such a thing is no longer a sensitive issue. The latest BRN statement has been translated from Malay into English and no one ever asked who the translator is. After that, it was further translated into Thai by a Thai researcher, and no one has ever called her the BRN mouthpiece.

Moreover, the media has been more receptive to messages from the insurgent group, reporting on its statements when they make them.

Since the dialogue took place, members of the insurgent groups have become more visible and accessible to the media. Prior to the talks, apart from very few exceptions like Kasturi Mahkota from Pulo-MKP, a breakaway radical faction of the Patani United Liberation Organisation (Pulo), most members of the rebel organisations were almost invisible and inaccessible.

The atmosphere has changed significantly since Mara Patani was established. Abu Hafez Al-Hakim has been acting as Mara Patani spokesman while members from other organisations have begun to be quoted by the media.

Almost at the same time as the BRN press statement was issued, Abdul Karim Khalid from the BRN Information Bureau, gave an exclusive interview to BBC along with two other members who declined to be named. Although they disparaged the peace process, they took advantage of the political space in the media which has been opened up by the process itself.

The name "Patani" which represents the historical deep South region, (and which is spelt differently from Pattani province,) is still regarded by many government officers, especially those who have strong nationalistic tendencies, as a problematic term. On March 11, a group of students from Yala Rajabhat University who had held a banner with the message "Can we call ourselves Patani people?" at a sports event were called by the president of the university to provide an explanation for their action.

On a bright side, even though the term "Patani" hasn't yet been used in official documents, it has commonly appeared in the media every time Mara Patani was referred to.

Another positive trend is the change in the term that represents the rebel groups used by the Thai media. In the past, the media provocatively and unfairly branded them as "southern bandits", especially before the process was started. Now, even the least careful media outlets realise it's an inappropriate term and refer to insurgent groups as Mara Patani or those who have different opinions.

Every party should capitalise on the political space opened up by the peace dialogue, especially those who have hardly had any channel to talk about their grievances, the problems related to injustice, and even their political views including their aspirations as the people of Patani.

Any violent incidents, now matter how serious they are, such as the well-coordinated bombings of more than 50 electricity poles on April 7 or the simultaneous attacks on the security checkpoints on Wednesday, should not be used as a reason to terminate the peace process. These incidents certainly reflect the lack of inclusiveness of the process. Any peace process, no matter how well arranged, will not immediately halt the use of violence in the field.

It might be far more constructive and inductive for all parties involved to ensure the peace dialogue is inclusive. Simply dismissing or disparaging the process as useless and a waste of time and money, without suggesting any feasible alternative, will bring about nothing.

Criticism, which is an integral part of every successful process, shall be presented for the sake of the people in the deep South, not out of spite or for the sake of schadenfreude.

Hara Shintaro is a Japanese freelance researcher basing at Pattani Province, working on the conflict and the local Patani Malay culture, especially the language.