The BRT has been saved. Now it needs a future
Opinion

The BRT has been saved. Now it needs a future 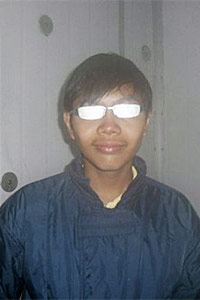 The Bus Rapid Transit or BRT, which links the Sathon-Ratchaphruek areas, is a cheaper alternative to the BTS Skytrain and the MRT Subway. It is one of the five routes that materialised and began operations in 2010. The brainchild of former city governor Bangkok Apirak Kosayodhin, the BRT has drawn some criticism for appropriating a traffic lane, but it has been well-received as an alternative transport option, especially during rush hours.

In February this year, the BRT was slated for closure by the Bangkok Metropolitan Administration (BMA) which complained of an annual deficit of 200 million baht. It said daily passengers numbered only 15,000-25,000 users -- a shortfall from the 35,000 commuters it had projected. However, the BMA made a U-turn in the following month as suggested by the government.

Even so, the service still faces an uncertain future as the BMA intends to only keep it running until a replacement service is established. But instead of scrapping it, the BMA should take a serious look at the potential of the service and make improvements.

There is a misconception that the BRT worsens traffic congestion as it takes over a lane of traffic. While the premise of having more road space to reduce congestion seems logical at first glance, multiple studies have established it as an intrinsic fallacy. The concept centres on an effect called "generated traffic". The idea is that when there is more road space, commuters are encouraged to use the route instead of an alternate path or alternate means of transport, causing the expanded road to quickly be filled and reducing most if not all of the benefits from the anticipated traffic reduction.

A typical BRT bus holds approximately 40 people, using the space normally taken up by two to three cars. But most cars on Bangkok roads are occupied by a single person, the driver, causing inefficient use of street space. Having one lane dedicated to buses so they can more efficiently transport a large number of passengers is a far better use of space than letting it be flooded by 10 cars stuck in gridlock.

Thus, the time-saving afforded by the exclusive lane makes the BRT an attractive transport option. A 2012 study by professors Graham Currie and Majid Sarvi of Monash University, Australia, showed that even minor time savings of less than 20% by buses will significantly increase ridership by up to 50%. This certainly seems to be the case for the BRT, because one of the most referenced reason to continue the BRT service in the recent BMA survey was its ability to transport quickly during rush hours.

As the BRT is a public service, its main objective should be to benefit its users. In 2010, Asst Prof Thaned Satiennam from the faculty of engineering of Khon Kaen University calculated the cost to users as a consequence of traffic congestion -- including time costs, operating costs, and cost of accidents -- concluding that the BRT has the potential to reduce all such costs by almost 10 billion baht annually. His calculation included the four other BRT lines that never came to be, but even if we reduce the benefits by a factor of 10 to reflect the one realised BRT line and the low turnover, the benefit the BRT brings to citizens is still almost one billion baht annually. This is far higher than the burden the BMA has to carry, especially now that measures to offset the deficit are being implemented.

It is not surprising motorists harbour resentment towards the BRT when they see that the lanes they felt were taken from them remain largely empty throughout the day while they are constantly stuck in traffic. The BRT's five-minute delays between buses during peak hours and 10-plus minutes during off-peak service not only invite criticism that the BRT isn't using its lane effectively, but also turn away potential users who prioritise speed. The BMA could easily remedy this inefficiency by reducing bus intervals to two to three minutes at peak hours and five minutes otherwise through doubling the buses in service from 25 to 50; this would likely cost no more than 200 million baht, as one BRT bus costs seven million baht. This would not only address the criticism but discourage trespassers from encroaching on the BRT lane. However, the BMA should also deter would-be trespassers with a better detection system and stricter punishments to ensure that violators are penalised for their actions.

A seemingly minor issue that might discourage use of the BRT is the inconvenience of transitioning between different transport systems. Queuing to buy tickets twice, especially during rush hours, is unpleasant. Making the pass -- known as the Rabbit card -- valid for both the BTS and the BRT is a step in the right direction. The next step is to make one-time tickets usable on multiple services. This means a revamp of the ticketing system for the services may be in order.

The BRT's confinement to the Sathon area hurts its value as a mode of public transport and does not give a complete picture of what the BRT model is capable of achieving. The BMA should consider expanding its services, since the BRT has less infrastructure needs. It can also penetrate areas other public transport cannot serve such as smaller roads and tourist attractions where large infrastructure can obscure the location's aesthetics.

Alternatively, it can supplement other public transport services by reducing crowding, especially for the BTS and MRT which are both approaching overcapacity. The BRT can even share infrastructure with regular buses for rapid expansion. Furthermore, regular buses can upgrade their standards to levels similar to the BRT and become part of the network. Either way, navigating the city by bus would become much more organised and approachable.

Whether the BMA's end goal is to reduce traffic congestion or to make Bangkok more connected through public transport, expansion of the scope and accessibility of public transport is unsurprisingly an essential process. To that end, the BRT has proven itself to be a valuable asset even if it is viewed unfavourably by some groups of people. It would be wise for the BMA to review the value of the BRT and take steps to realise its potential before it's too late, especially now that the BRT has become much more financially viable, by an increase in the fare to 15 baht and a reduction in operating costs by approximately 70 million baht.

Jeta Jiranuntarat is a student of the Economics Department, Chulalongkorn University.

Jeta Jiranuntarat is a student of the Economics Department, Chulalongkorn University.