Rotary campaigns to rid the world of polio
Opinion

Rotary campaigns to rid the world of polio 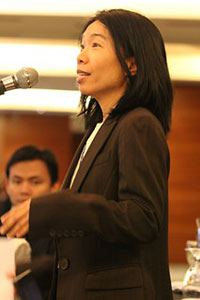 Polio may seem to be an illness of the past in Thailand and has not been seen for many years. However, the freer flow of people could allow polio to come back any time. "It is our commitment to children in the world to eradicate polio," said John Germ, president of Rotary International 2016-17, on the sidelines of his meeting with Rotarian club representatives from Southeast Asia in Bangkok last week. 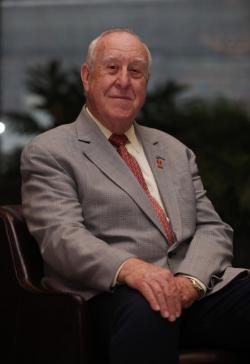 WARNING: Rotary International president John Germ says Thailand must not be complacent about the threat from polio.

Polio eradication is now one of Rotary's priorities even though the infectious disease disappeared in the region many years ago.

Mr Germ said there are five cases of polio in three countries -- Afghanistan, Pakistan and Nigeria -- but there is always the possibility the virus could spread to other parts of the world.

"If someone came in as a carrier to transfer polio to humans, if someone did not receive vaccination, they can transmit the bacteria to others. Just because you don't have polio in Thailand, it does not mean you cannot have polio," he said.

Rotarians in several countries including Thailand are participating in the campaign to end polio by organising activities to raise funds to vaccinate children as part of a scheme called "End Polio Now".

The possibility of polio returning is like the Sars outbreak that spread in the region a few years ago or measles in the US and Ebola in some countries.

"I think there's always a threat from someone coming in and transmitting bacteria," Mr Germ said.

Asked how much budget Rotary needs per year, Mr Germ said: "There is no limit to how much we need annually because we can only disburse what we get."

Rotary this year aims to spend about $150 million on projects around the world, not counting polio eradication spending of $105 million.

Like any non-profit organisation, Rotary International faces challenges in raising funds to finance its projects.

"Everyone has only a certain amount of money that they are willing to donate because they have their own family to support, so we have contributions but it is up to each individual to decide how much they want to give," Mr Germ said.

Rotary International tries to request an average of $100 from each club member in the world, he said.

In addition to finding outside sponsors, Rotary International also has to be creative in raising funds. Aside from charity dinners and events, Rotary organises fund-raising projects such as bicycle rides, walkathons, bakery sales and even sponsored jumps from aircraft.

Mr Germ was in Thailand to meet leaders of Rotary clubs in Thailand, Malaysia and Singapore to discuss the role of the organisation in the community.

"There is a need to increase membership so that we can do more projects in communities throughout Thailand," he said.

At present, there are about 9000 Rotarians in Thailand. Rotary activities in Thailand include educational grants, health projects, water sanitation, training and flood relief and follow-up programmes in 10 provinces in southern Thailand.

Among the recent projects is the donation of medical equipment in Ayutthaya province, where Mr Germ went on Thursday. Rotary provided an electronic machine to help detect early heart problems and save children's lives.

Rotary has carried out 101 projects in Thailand, Cambodia, Myanmar and Vietnam with a total value of $6.5 million. Some parts of the money came from Rotary from global grants from countries such as Taiwan and Japan. In addition to the money, a lot of volunteer labour is involved in the effort.

Mr Germ explained that Rotarians are asked to make a contribution to the Rotary Foundation on an annual basis and that is based upon what they feel they can contribute. That money is invested for three years.

At the end of three years, half of that money comes back to individual communities, or "districts" in Rotary terms, to use within that community.

Local people can take part of the money and work with their district, such as Thai Rotarians working with Japanese or Americans to obtain match-up funds to finance a certain project in Thailand.

The Rotary Foundation has six major areas of focus. It's up to local Rotarians to decide what they want. The number one area is water and sanitation, followed by literacy and health.

A graduate of the University of Tennessee in mechanical engineering, Mr Germ has been a Rotary member since 1976. He has served the organisation as vice-president, director, foundation trustee and vice-chairman, chairman of Rotary's $200 Million Challenge and Rotary International president's aide.

"I believe everybody owes something back to the community. My goal is to make the world better one thing at a time," he said.