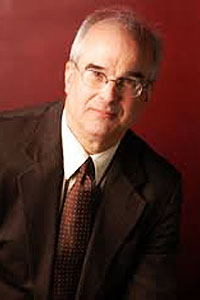 Phra Dhammajayo founded the Dhammakaya sect, dedicated to remove 'dark forces' from Thailand and bring about a reign of enlightened persons of pure virtue. (File photo)

It seems that a return to normalcy has been achieved since the Department of Special Investigation in March ended its search of Wat Phra Dhammakaya for its elusive former abbot, Phra Dhammajayo. This is good news for Thailand as it will promote a more welcoming environment for political reconciliation and honest elections.

From whatever perspective you adopt, the situation at Wat Phra Dhammakaya was abnormal.

A religious institution allegedly having about 6,000 secret cells of operatives around Thailand is not a normal religious entity. It has instead been seen as a secret society. A religious personage like Phra Dhammajayo who claims the powers of a Bodhisattva or a Taoist celestial master able to visit heaven and hell and shape the karma of our lives is not normal in Theravada Buddhism, Christianity or Islam.

It is more in line with the leadership claims in Chinese White Lotus millenarianism where belief in the supernatural is fused with dreams of political upheaval here on Earth.

The wat's programme to remove "dark" forces from Thailand in order to bring about the reign of "enlightened" persons of pure virtue and excellent karma seemed to be an occult movement, not a normal religion.

The "dark" forces opposed by the wat's inner circle of leaders were the traditional social and political institutions of Theravada Thailand. In driving forward its programme for fundamental change to Thai traditions, the wat's leadership contributed much to the destabilisation of Thai politics over the past 15 years. That was not normal Thai political behaviour.

Nor was it especially secular or democratic because the inner occult teachings and related political agenda were never disclosed to the public as the real mission of the wat and its followers.

With the wat now under the control of more normal Buddhist monks and with the former abbot out of public sight, Thailand can begin to move forward with self-confidence in its core national values and pride in its aspirations for better lives for all.

The sagacity and astute finesse of the government in returning normalcy to Thailand in this case has been remarkable. In my memory of Thai politics, which goes back to 1961, I can recall no similar challenge to fundamental Thai institutions which was resolved so adroitly.

There were no violent or deadly confrontations during the siege of the security forces who were patient and sought constant communications with the wat's leaders and principal followers.

The former abbot was wanted under charges of money-laundering and receiving stolen property in connection with the multi-million-baht Klongchan Credit Union Cooperative and other charges of alleged forest encroachment. The government rather subjected itself to criticism for not moving forcefully and swiftly in seeking closure on the stolen property and other violations of law than run the risk of using force and precipitating violence.

No incident triggered international protests about abuse of religious freedom or other human rights by the government.

The law of the land including the use of Section 44 under the interim charter of the current government was honoured and followed without showing favouritism one way or another.

Arrest warrants were duly issued by the authorities on prima facie legitimate grounds and there was one death inside the wat compound not directly caused by security forces, according to press reports. ​Accordingly, the efforts by the government to assert legal norms were not entirely free of coercive measures or an unfortunate incident.​ When accepted standing laws must be enforced, rationally appropriate use of government police powers is legitimate under nearly every doctrine of jurisprudence.

Those in the police or justice system with corrupt connections or personal bias were moved aside carefully but decisively.

No mobs arrived at the wat to storm the peaceful security forces. No religious leaders spoke out on behalf of the wat's ideology or its claim to be above the law.

Little by little, as the government stoically stood by insisting on compliance with the law, the former abbot lost his reputation for possession of some kind of superhuman baramee, thus forfeiting almost all of his once loyal followers in the process. By the end, he was just another person like you and me.

But what now? How can normalcy of belief and worship be brought about for the well-meaning followers of the wat?

Again, the government seems to be moving constructively. The property of the wat and its facilities should be placed under transparent management of normal monks. If the wat is to be a Theravada one, it should be under the supervision of the Supreme Sangha Council and abide by all normal Sangha rules.

But if the wat's followers prefer a separate kind of religiosity, the wat property can become a sanctuary for meditation in seeking personal harmony with society and nature.

A general assembly of followers could be convened to provide guidance to the authorities as to which religious tradition should be followed by the wat's new leaders.

In either case, the wat should agree to be open about its beliefs and to abide by the law.

But full normalcy will not return until restitution is made to members of the the Klongchan Credit Union Cooperative whose funds were taken without permission. Under normal restitution practices, assets of the wat should be brought under court jurisdiction, sold, and the proceeds given where appropriate.

Land obtained by the wat in violation of law should be restored to rightful owners.

Having the government in this case deliver justice so that no one -- no matter how rich or powerful -- is above the law will provide a foundation for reconciliation in Thailand and for successful democratic politics in the coming years.

Stephen B Young is global executive director of Caux Round Table.

Stephen B Young is global executive director of Caux Round Table and former dean and professor of law at Hamline University Law School. He is the son of former US ambassador to Thailand (1961-63) Kenneth Young.

Gimme shelter as we wait for fewer buses

Fight for the Mekong gathers pace