Where life and reality TV meet 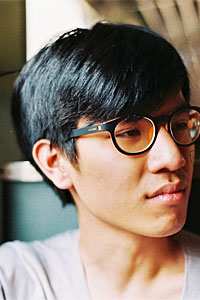 Over the past weeks, two young women from Thailand made international news for wildly different reasons: one was Ariya Jutanugarn, a female golf player who was recently recognised as the world's No.2, the other Preeyanuch "Preaw" Nonwangchai, an attractive karaoke girl who allegedly murdered and dismembered another woman earlier this month.

Guess who the Thai media decided to pay attention to?

I'll give you a hint: it wasn't the pro golfer who painstakingly competed against and defeated other athletes from around the world and brought fame to Thailand.

Preeyanuch's story broke late last month, when four bags filled with limbs and body parts of karaoke girl Warisara Klinjui were found in Khon Kaen's Khao Suan Kwang district. Preeyanuch and her partners were immediately named as suspects, and fled to Myanmar's Lahu-controlled areas, before finally being arrested by Myanmar authorities and deported to Thailand earlier this month. The trio of alleged murderers were most recently charged with co-operating in premeditated murder, concealing a body and theft, with the first charge holding a maximum penalty of execution.

Being one of the most gruesome, violent crimes of its kind to allegedly be perpetrated by an attractive woman in Thailand, the Thai media's interest in the story was understandably piqued. Stories surrounding Preeyanuch's life outside of the case have slowly surfaced as the case trundles on, most visibly about how she recently paid (most likely with illegal drug money) for a new house for her mother, who was shown begging for mercy on her daughter's behalf.

Now, as a journalist myself, I can understand how Preeyanuch's case may seem newsworthy or interesting to the general public. Thailand has always had a blind spot when it comes to "attractive criminals". Just recently, when news surfaced of an attractive Grab Taxi driver having assaulted a passenger, hundreds of women on social media expressed thoughts conveying they would have willingly been raped by the driver. What is infinitely more frustrating is how our society -- media and public alike -- has reacted to the ongoing saga.

On the media side, critics from academic and public fields alike have lambasted the press for its portrayal of Preeyanuch, not as an alleged murderer and drug dealer first, but as an attractive young woman who happened to commit a crime. Let's not forget the important thing here: as unassuming as her outside appearance is or isn't, this woman -- who also has ties to the "Golden Triangle" drug network -- is a person who allegedly killed someone in cold blood, before cutting up the victim's body, an act that even the most ruthless murderers would hesitate to do. And she did it all within an hour, something that experts say is extremely difficult to do without extensive experience. Let that sink in a second.

Meanwhile, on the "civil" society side, you'd expect a crime as gruesome and violent as this one to horrify the general public. Instead, many opportunistic merchants have reaped rewards by selling merchandise relating to the crime, such as pillows pattered similarly to the one Preeyanuch has in media photos, or -- even more disturbingly -- a key-chain shaped like the saw used to dismember the victim. On social media, hundreds of users flocked to Preeyanuch's support, with the hashtag #teampreaw getting significant traction among teenagers and adults alike, who seem to be sympathetic with Preeyanuch simply because she "doesn't seem like the type capable of doing this". I get it. Crimes like this are usually the stuff of serialised TV shows, and it's exciting -- in a macabre way -- for us that it would happen in real life.

But in our pursuit of the next sensation or profitable fad, let's not lose sight of what is really important here: Preeyanuch is a suspected murderer, and an alleged thief and drug dealer. What she looks like on the outside, or how she treats her mother, is entirely irrelevant to this simple fact. By trying to paint her in a sympathetic light for whatever reason, we are not only taking the significance off her crime, but also disrespecting the deceased victim.

Kanin Srimaneekulroj is a feature writer of the Life section of the Bangkok Post.

PRACHUAP KHIRI KHAN: Police have seized over 2 million methamphetamine pills during the search of an abandoned pickup truck in a petrol station in Bang Saphan Noy district.

Three new Covid-19 cases are asymptomatic returnees in quarantine from Japan and France, bringing the total to 3,514 cases.

WASHINGTON: The United States has passed 200,000 deaths from the coronavirus pandemic, as a record-breaking wave of new infections forces authorities in Europe to reimpose lockdown restrictions.