Nothing 'moderate' about Malaysia
Opinion

Nothing 'moderate' about Malaysia 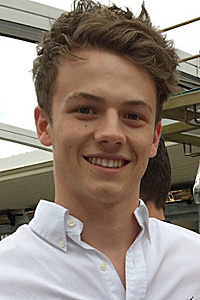 Last month, the Malaysian chapter of the group Atheist Republic posted a photo of its annual social gathering. The caption read: "Atheists from all walks of life came to meet one another … each sharing their stories and forming new friendships that hopefully last a lifetime! We rock!" What seemed like a harmless meeting of like-minded people quickly turned into a national controversy.

Malaysia is often held up as a country of pluralism, religious freedom and democracy. In a world where some Muslim-majority countries pursue oppressive and illiberal agendas, many see Malaysia as a haven for tolerance. This used to be my perception too, but the increasing level of Islamism and extremism in the country makes it more reminiscent of Saudi Arabia than a modern democracy.

While it is true that Malaysia is a diverse country with a constitution that protects the rights of various religious groups, basic freedoms are frequently threatened by the state and the sharia courts. The constitution may in theory protect freedom of religion but it certainly doesn't protect freedom from religion. Consequently, several states have strong apostasy laws that threaten "rehabilitation" and prison time for any Muslim who tries to leave the religion.

It was for this reason that Shahidan Kassim, the Prime Minister's Office minister, wanted to identify whether there were any "official" Muslims at the atheist meeting.

"Not once does [the constitution] mention atheism," he said. "This clearly shows that the group goes against the constitution and basic human rights. … I suggest we vehemently hunt them down and identify them."

Not only do the minister's comments demonstrate the lack of a rudimentary understanding of human rights, they help to legitimise acts of aggressive intolerance toward non-religious people, as the multitude of death threats against the atheists show. To have someone at the top of government express such views without any repercussions suggests an institutionalised acceptance of bigotry and oppression.

The US State Department, in its International Religious Freedom Report for 2016, further dispels the myth of religious freedom, let alone freedom of expression, in Malaysia. From the banning of Shia Muslim books to anti-Semitic remarks by government ministers, the report makes for a depressing read.

One section that is especially poignant is the ongoing judicial case between Sisters in Islam (SIS) and the Selangor State Islamic Department (JAIS). According to the report, SIS is attempting to appeal a 2014 JAIS fatwa (religious proclamation) that labelled the NGO a "religiously deviant organisation for subscribing to liberalism and pluralism". The departure from liberal values couldn't be more explicit.

Things aren't much better in neighbouring Indonesia. In May, a disturbing video was posted online of a large crowd cheering hooded officials as they caned two gay men. The men were sentenced to 83 strokes after a mob dragged them naked from their rented room. In a rather sinister interview, Illiza Sa'aduddin Djamal, the mayor of the provincial capital said, "We don't hate them as people. We hate what they do."

While one can hope that these laws don't reflect widespread public opinion, polling data suggests otherwise. A 2013 Pew Research poll found that 86% of Malaysian Muslims believe that society should not accept homosexuality. The fact that more young people than old people are against homosexuality suggests a worrying trend.

It would also be a mistake to think that these laws are mere misfires from a bygone era. Islamism appears to be on the rise in Malaysia with political parties competing to be the most extreme. Late last year, Prime Minister Najib Razak worryingly said that he hoped to develop Islam by further empowering the Sharia courts. With a broad spectrum of political parties calling for the introduction of the hudud punishment code that includes stoning and amputation, the religious discussion is heading in a dangerous direction.

Whatever the solution may be, it is important to differentiate between extremists and moderates to ensure that one is condemned and the other supported. The divisions between these two groups make a blanket perception of Malaysia increasingly dangerous.

However, a country that persecutes independent thinkers for daring to renounce Allah must be internationally condemned. This latest example of the pernicious ideology of Islamism must be challenged by Muslims and non-Muslims alike on both a political and intellectual level rather than apologised for because it's deemed Malaysia's "culture".

With significant portions of society, religious authorities and the state subscribing to an extreme interpretation of Islam, Malaysia's position as an example of moderate Islam is regrettably over.