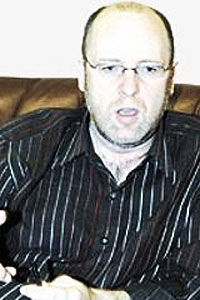 These are unexpectedly good times for the European Union (EU). More than a year after Britons voted to withdraw from the organisation, the euro has hit eight-year highs against the pound, eurozone economies have recorded improved growth and voters have rejected far-right populists in France and Holland.

European leaders have been quick to respond. Just months after European Council President Donald Tusk's February warning that the threats facing the EU were "more dangerous than ever" and that it had to tackle challenges "which have previously not occurred", Italy's Europe Minister Sandro Gozi announced in May the union was entering "a new phase".

That phase is about more than the positive economic news or the election victories of French and Dutch centrists Emmanuel Macron and Mark Rutte. It's also about an integration agenda framed around defence and security. With Britain preparing for Brexit, remaining European leaders are finding growing consensus over measures to enhance security and border protection and share intelligence. For Brussels, this includes an opportunity to accelerate plans for greater military cooperation between EU member states.

The leaders' agenda is fueled by militant attacks on civilians like those in Barcelona; the ongoing pressure of migration and the launch last year by High Representative of the EU for Foreign Affairs and Security Policy, Federica Mogherini, of a new global strategy on foreign and security policy.

Adding to this is Europe's fear of Russian assertiveness after its annexation of Crimea and concern about US President Donald Trump's uncertain commitment to Nato after his complaints that Washington is paying a disproportionately high amount.

Britain had traditionally been opposed to greater defence collaboration on the continent because it feared it would weaken national sovereignty and potentially undermine Nato. Now the UK's planned departure from the EU could bring those like European Commission President Jean-Claude Juncker and German Defence Minister Ursula von der Leyen closer to their goal of forming a European army.

Of course, other obstacles to integration still exist. Mr Macron's ability to keep his promises about reshaping a post-Brexit Europe into a more viable union may be threatened by his loss of popularity among French voters. The challenges of Europe's migration crisis and the increasing assertiveness of Russia also remain.

Nonetheless, a growing number of European leaders clearly believe the most recent eurosceptic wave has passed its peak. Many on the continent are uniting against Brexit and Mr Trump's undiplomatic rhetoric in support for it. Mr Juncker has told the US president he "should stop wishing for others to imitate the British" and a Pew Research Center poll found support for the Brussels-based organisation has risen across much of the continent in the last year, including by 18 percentage points in both Germany and France.

The latest round of Brexit negotiations may not have gone as well as Europe's chief negotiator Michel Barnier would have liked, but it's no wonder that European politicians now have a new spring in their step.

Andrew Hammond is an Associate at LSE IDEAS at the London School of Economics.

Associate at LSE IDEAS at the London School of Economics

Andrew Hammond is an Associate at LSE IDEAS at the London School of Economics.