The North Korean nuclear 'crisis' is just an illusion
Opinion

The North Korean nuclear 'crisis' is just an illusion 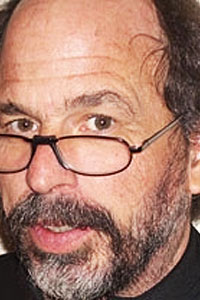 A year ago, the probability that North Korea would fire a nuclear-tipped missile at the United States was essentially zero; the North did not have the capability to make such an attack. Pyongyang has made technological advances since then. But despite what some analysts believe, others say there is no definitive, publicly available proof that North Korea has a missile with the range to strike the continental United States, a miniaturised nuclear warhead to mate with it, and the shielding technology to make sure the warhead survives the heat and pressure of re-entry to the atmosphere.

That doesn't, of course, mean the show is harmless. But even if the North acquires those technical capabilities, the likelihood it might attack the United States with a nuclear missile will remain exceedingly low, for one overriding reason: North Korean leader Kim Jong-un is, as former Obama administration arms control director Jon Wolfsthal has explained in authoritative detail, neither crazy nor suicidal. The North Korean leader knows his regime would be erased within hours (more likely minutes) of his use of a nuclear weapon. Roughly 1,590 nuclear warheads deployed on US ballistic missiles and bombers ensure that result. (The North has acquired the fissile material to build only 10 to 20 nuclear warheads, according to the most authoritative public reporting on the subject.)

It is also quite unlikely that the United States will make a preemptive military strike -- conventional or nuclear -- on North Korea, because doing so would almost certainly lead to hundreds of thousands of casualties in South Korea, and perhaps many more. Even without recourse to nuclear weapons, the North could fire thousands of rockets and artillery rounds in the early hours of a war, in a barrage of conventional explosives that would, as the North Korean state-run news service has threatened, turn Seoul into a "sea of fire". Pyongyang also has huge stores of chemical artillery shells and rocket warheads and the capability, therefore, to also turn the South Korean capital into a sea of sarin and VX nerve gas.

In light of the undeniable reality of mutual deterrence, the North Korean "crisis" of 2017 can most accurately be seen as a media puppet show put on by Chairman Kim and President Trump for their own public relations purposes. Nonetheless, it's a dangerous play. In the current overheated media environment, some piece of international theatre by Mr Kim or Mr Trump -- undertaken for political effect or negotiating edge or ego gratification -- could become so magnified by breathless, 24-7 repetition on cable TV and the internet that it becomes seen as a humiliating national insult. An emotional response to that insult could initiate a spiral of escalation that leads to catastrophe. To put things in more concrete terms: If US forces had shot down the North Korean missile recently fired through Japanese airspace, might Mr Kim, in an act of pique or bravado, have fired another missile, perhaps in the general direction of Guam? Would Mr Trump have then felt compelled to craft a macho response? Etcetera -- with a possible end result of mushroom clouds.

The best way to reduce the threat of inadvertent war posed by the invented theatrical crisis in Northeast Asia would be to persuade the prime thespians -- Mr Kim and Mr Trump -- that the show they have been putting on is unbelievable and unlikely to get either what he wants. But I don't really expect that my views will motivate two world leaders of high (if largely unearned) self-regard to quickly change their policies on matters of life, death and television ratings.

So I propose a next-best approach: Journalists should stop writing and broadcasting about the North Korea situation as if everything had changed and war is very near. North Korea has been seeking a usable nuclear arsenal for years. Its latest underground nuclear test had a higher yield than earlier detonations, producing the explosive power of somewhat more than 100,000 tonnes of TNT, meaning it was four to five times the size of the bomb dropped on Nagasaki. The larger yield could have come from a fission bomb "boosted" with hydrogen isotopes or a true fusion weapon, commonly known as a hydrogen bomb; experts cannot be sure which, based on the information currently available.

But even if the Sept 3 test involved a true hydrogen bomb, Sig Hecker -- former director of Los Alamos National Laboratory and one of the country's foremost experts on North Korea's nuclear programme -- has told the magazine I edit, Bulletin of the Atomic Scientists, that it wouldn't be "a game changer". If delivered to an American city, any North Korean nuclear bomb -- whether based on nuclear fission or fusion, whether its yield is 20 or 100 or 800 kilotonnes -- would produce devastation and the instant death of tens of thousands. That's a devastating prospect. But again, North Korea's leaders know that to fire a nuclear weapon at the United States or its allies would constitute certain national suicide.

Clearly, North Korean nuclear bomb and ballistic missile tests are important events that the international news media must report. But the urgency that world news media are imparting to the "crisis" is, actually, a factor in extending it, thereby creating opportunities for miscalculation and war. The North Korean situation might begin to devolve into the kind of long slog of difficult diplomacy that leads to an acceptable resolution if more journalists downplayed the Chairman Kim and President Trump puppet show and focused on reality: North Korea is a tiny, impoverished country that would be instantly vapourised if it ever launched a serious attack on the United States, and so the probability of such an attack is vanishingly small. Absent a media environment that encourages a perception of crisis, the likelihood of an American preemptive attack is equally small.

Journalists can't make US and North Korean leaders behave responsibly. But the media can help audiences understand that the Korean "crisis" is really a Korean standoff, and that a puppet show full of bluster is a rather pathetic substitute for professional diplomacy. - REUTERS

John Mecklin is the editor in chief of the Bulletin of the Atomic Scientists.

Editor in chief of the Bulletin of the Atomic Scientists

John Mecklin is the editor in chief of the Bulletin of the Atomic Scientists.