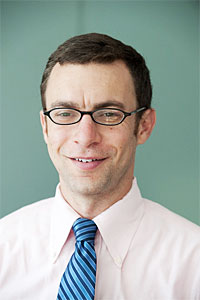 Over the last year, Cambodia's ruling party, the Cambodian People's Party (CPP), has dramatically increased its pressure on its political opponents and civil society. Democracy in Cambodia has always been fraught, and elections are not completely free and fair. But the current crackdown is much greater in scope, and far more concerning, in part because it is being enabled by American apathy.

But Hun Sen has increased the pressure, essentially ending Cambodia's shaky attempts at democracy. Earlier this month, a court dominated by CPP allies dissolved the CNRP. As a result, the party will most likely be unable to contest elections next year, all but ensuring that Hun Sen will win another term as prime minister. The ruling could also help enable Hun Sen to eventually hand power to a family member. Fearing for their lives, half of the CNRP members have left Cambodia.

Hun Sen has hardly been shy about his slide toward what the Cambodia Daily, on its last day of publishing, termed a "descent into outright dictatorship". In fact, Hun Sen, like other Southeast Asian autocrats, now seems to believe he has political carte blanche, given the low priority US President Donald Trump has placed on human rights.

In the past, Western pressure had managed to keep Hun Sen in check. Foreign aid, including from the US, accounts for as much as 40% of Cambodia's national budget. And, while President Barack Obama's administration did expand cooperation with Cambodia, it repeatedly raised the issue of human-rights abuses with Hun Sen, including during a tense visit by Mr Obama to Phnom Penh in 2012.

The Trump administration has rolled back this pressure, and then some, by downplaying human rights and democracy promotion. In an address to the United Nations General Assembly in September, Mr Trump made clear his priority would be sovereignty rather than rights. Secretary of State Rex Tillerson, meanwhile, has even reportedly considered removing democracy promotion from the State Department's mission.

Hun Sen recognised this shift almost immediately. In February, he compared his disdain for Cambodia's media to Mr Trump's distrust of the mainstream media in the US. And although lower-ranking US officials, including the Senior Director for Asia on the National Security Council, have met with their Cambodian counterparts to press them on rights issues, Mr Trump has said nothing negative about Hun Sen's actions. In a speech in early November, Hun Sen essentially praised Mr Trump for his indifference and non-interventionism.

Other Southeast Asian autocrats, or elected leaders with autocratic tendencies, have celebrated the arrival of Mr Trump's "America First" foreign policy. Thai Prime Minister Prayut Chan-o-cha, who led a coup against an elected government three years ago, was welcomed at the White House this year. So was Malaysian leader Najib Razak, whose wealth may be questioned by the US Justice Department as part of a probe into fraud at a Malaysian sovereign wealth fund.

Philippine President Rodrigo Duterte, meanwhile, held a friendly phone call with Mr Trump back in April. Mr Trump praised the Philippine leader for his brutal, lawless "war on drugs", in which, according to Human Rights Watch, more than 12,000 people have died.

During Mr Trump's visit to Manila in November, Mr Duterte serenaded him with a song, and then Mr Trump laughed when, in a joint appearance, his counterpart blasted the media, calling them "spies". (The Philippines is one of the most dangerous countries in the world to be a journalists.) Mr Trump later claimed he briefly mentioned human rights to Mr Duterte, but a Philippine government spokesperson said the two had not discussed rights issues.

As Hun Sen, Mr Duterte, and others have shown, the new US approach fosters impunity for autocratic leaders. Although other donor countries, such as Canada and France, have at times spoken out against Hun Sen's abuses, the US government, as the actor wielding the most leverage, has historically led the charge.

But the Trump administration's see-no-evil approach hinders other countries' ability to promote rights and democracy. For example, Canadian Prime Minister Justin Trudeau, in his own meeting with Mr Duterte this month, did raise concerns about the drug war in the Philippines. But without US support, Mr Trudeau's pressure lacked credible measures.

Mr Trump's policies are placing America's long-term interests at risk. As in Cambodia, many of Asia's strongest supporters of democratic change are young men and women. Opposition parties in Malaysia, Cambodia and other Southeast Asian countries attract a high share of young people, as do many of the media organisations and civil-society groups now under pressure. And, most important from the standpoint of national interest, the US has built its strongest partnerships in Asia with other democracies.

Policies that ignore human rights and democracy will not benefit the US or the region. An "America First" approach that disregards these issues -- in Cambodia or elsewhere -- will only leave the US weaker in the end. - PROJECT SYNDICATE

Joshua Kurlantzick is Senior Fellow for Southeast Asia at the Council on Foreign Relations.