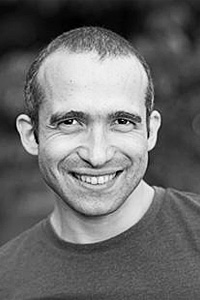 Shortly after Saad Hariri unexpectedly announced his resignation as Lebanon's prime minister in a speech from Saudi Arabia last month, French President Emmanuel Macron made a surprise trip to Riyadh. Regional tensions were escalating, with Lebanese leaders accusing the Saudis of holding Mr Hariri hostage and Riyadh accusing Lebanon of declaring war against it.

Mr Macron's hastily scheduled visit was to see Saudi Crown Prince Mohammed bin Salman and to discuss "ensuring the preservation of stability in the region", according to a statement from the French presidency after the meeting. A week later, on Nov 16, Mr Hariri arrived in Paris, where Mr Macron welcomed the Lebanese premier to a family lunch at the Elysee Palace. By the end of the month, Mr Hariri was back in office in Beirut, his bizarre resignation rescinded and the political temperature pulled down a notch -- at least for the moment.

Mr Macron's mediation in the Lebanon crisis may not be surprising given that France takes a special interest in its former colony. But his successful intervention -- along with his eagerness to address the broader Saudi-Iran rivalry that has destabilised the Middle East -- is emblematic of the French president's efforts to establish France as a leading power within the region and beyond.

On Dec 7, he went to Qatar to negotiate the sale of 12 French-made Rafael fighter aircraft to the Persian Gulf sheikhdom. While there, he used the official visit as an opportunity to try to mediate in the Gulf diplomatic crisis that had erupted in June, when a Saudi-led Sunni bloc said it was cutting ties with Qatar and imposing a blockade on the small nation for backing extremism.

The French president had urged the blockading states to lift the embargo "as quickly as possible" during a September meeting with Qatari Emir Sheikh Tamim bin Hamad al-Thani in Paris.

During this month's Doha trip, Mr Macron echoed a similar demand for "a promise of reconciliation" between the Gulf Cooperation Council (GCC) members at a joint press conference with the Qatari emir. The blockade is still in place, but Mr Macron presumably hopes that French diplomacy eventually may facilitate a break in the impasse.

Mr Macron is also seeking a more assertive role in Syria. Since winning office, he has offered to serve as an interlocutor in its long-running civil war and to set up an international contact group to revive stalled peace talks in Geneva. At the same time, he has tried to make it clear that France is no pushover.

In May, he threatened French military action if the Bashar al-Assad regime carried out further chemical attacks in Syria and slammed Kremlin-linked news outlets as Russian President Vladimir Putin stood next to him at a press conference outside Paris.

Then there's Iran. Mr Macron has also offered to mediate between Tehran and Washington, where President Donald Trump has refused to certify that Iran is complying with the terms of the nuclear deal and warned that he might ultimately terminate it.

Mr Macron has adopted a tougher line towards Iran than the rest of Europe -- thereby perhaps firming up his credentials with Mr Trump -- by saying that the agreement was not enough given the "increasing pressure that Iran is exerting on the region, and given increased activity by Iran on the ballistic level since the accord". Tehran has refused Mr Macron's calls to hold talks on the missile tests, but the French president presumably hopes to make some progress when he goes to Tehran next year -- a trip that would make him the first French president to visit the Islamic Republic since 1971.

The planned visit is part of Mr Macron's bid to present himself as an honest broker who can accommodate the interests and concerns of both Sunni and Shia Muslims at a time the United States has explicitly sided with the Saudi-led Sunni camp against Shia Iran.

Mr Macron's strategy carries significant risk. Iran says its missiles are defensive and unrelated to the nuclear deal and the deputy commander of Iran's Islamic Revolutionary Guards Corps, General Hossein Salami, has warned that Tehran will remove the current self-imposed cap of 2,000km on the maximum range of its missiles. Such a measure would put Europe within the reach of Iranian ballistic weapons.

Any French proposals to avert that outcome will have to take into account the painful legacy of the 1980-1988 Iran-Iraq war, when Iran's lack of a strategic deterrent allowed Saddam Hussein to launch extensive missile attacks on Iranian cities.

Mr Macron needs to understand that Tehran is unlikely to see restrictions on its missile program in the same light as those on its nuclear activities.

Mr Macron also needs to avoid reviving unfavourable memories of French colonialism in the Middle East and North Africa -- especially in the former colonies of Algeria and Lebanon -- if he wants to achieve his goal of presenting France as a diplomatic problem-solver. Aware of this potential hazard, Mr Macron urged Algerian youth to "look forward" rather than getting stuck in the past during a recent visit to Algiers. However, he fell short of offering an official apology for what he described as French "crimes" during its colonial rule in Algeria and the vicious independence war from 1954 to 1962.

Nonetheless, Mr Macron is well-positioned to assert the nationalism that he has made a hallmark of his presidency. Britain is consumed with its withdrawal from the European Union and German Chancellor Angela Merkel is weakened by her party's loss of support in this year's election.

Donald Trump's "America first" mantra, along with actions like his one-sidedness on the Israeli-Palestinian conflict, where his decision to move the US embassy to Jerusalem drew widespread condemnation, and withdrawing from international agreements like the Trans-Pacific Partnership on trade and the Paris climate accord, have left a gap in global leadership.

That has provided Mr Macron with an opportunity to project France as the foremost European power on the world stage. The French president's skill has been in using the instability of the Middle East as the political springboard for that goal. - Reuters