Road slaughter: Are we at breaking point?
Opinion

Road slaughter: Are we at breaking point? 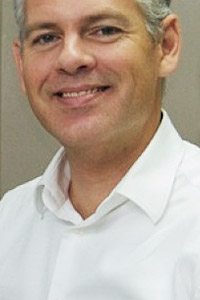 A tour bus lies overturned in Chiang Mai province in an accident which injured dozens of tourists in December. (Bangkok Post file photo)

Societies that forget to adjust their ways to changing circumstances, sooner or later pay a price. Back in the old days, when traffic was light and not so fast, it was forgivable to pass over safety principles in road design, disregard driver education, and condone dangerous driving behaviour. Sure, accidents happened and people died, but on the whole losses remained within reasonable bounds.

Fast-forward to the present day. Thailand has evolved into a highly motorised and mobile society. The country's 69 million inhabitants now own close to 40 million (registered) cars and motorbikes. Every day, a motley collection of trucks, buses, cars, motorbikes, and the occasional cyclist or pedestrian battle for space and priority on the kingdom's increasingly crowded roads. Travel speeds have gone up too, thanks to the introduction of more powerful vehicles.

The increased ease of moving around has brought the country and its people many benefits. Yet, important downsides have presented themselves as well. Besides substantial environmental costs, the road toll has become a factor of consequence. The most recent "seven dangerous days" reportedly have claimed another 423 lives. That is close to 400 families having prematurely parted from a father or a mother, a son or a daughter, and a possible breadwinner. Even more sobering is the fact that the remaining 358 days of the year are about just as dangerous. Depending on who is counting, between 300 and 450 people die on Thailand's roads every week. That is the population of a small town being wiped out by traffic accidents each and every year.

With the country ostensibly in reform mode, it would seem timely for Thai society to collectively engage with the question whether it considers such casualty figures still within reasonable bounds. A nationwide debate, which, let's think freely, could even be made to culminate in a national poll or referendum, would encourage people to think the situation over and possibly strengthen commitment to any new direction chosen. Should Thai society in majority consider the current road toll an acceptable price to pay for the convenience brought by the country's laissez-faire mobility regime, practices can remain unchanged and investors comfortably long of crematoria and vehicle dent repair shops. If, on the other hand, Thailand would conclude that the price has become too high, people may also agree that real efforts to change ways are needed to bring that price down. The potential merit of raising and -- as a society -- answering this question should not be underestimated: It is only when a problem is widely recognised as such, that society can start the task of tackling it.

Should Thailand indeed wish to improve road safety, it will have to move beyond its current, largely ineffective approaches to addressing the issue. Decisive action would be needed on at least four different fronts, namely road design, driver education, law enforcement and driver behaviour.

Next in line is driver education. Being capable of operating a vehicle is one thing, becoming a safe and responsible driver is another. The former can be learned in just a few hours and from about anyone who is capable of operating a vehicle. The latter requires more extensive training, preferably delivered by a qualified instructor. In various European countries, aspirant drivers compulsory spend between 20 and 30 hours, sometimes more, behind the wheel, on the road, and next to a qualified instructor whose main job it is to turn people into safe and responsible drivers and drivers who are considerate of the needs of fellow road users, especially the most vulnerable ones (ie pedestrians, cyclists and motorbike drivers). It is also these qualities that are intensively tested in the driving proficiency test taken at the end of the course. It surely takes an effort to set up (such) a thorough and -- as much as possible -- incorruptible driver education and licensing system, but if the willingness is there it can be done. If not yet for all, such a system at any rate should be in place for those intending to drive public utility vehicles (ie taxis, vans, songthaew, buses) and trucks, as the drivers of such vehicles carry additional responsibilities.

Yet, no matter how sound the driver education system is, there will be those who forget easily. Law enforcement will remain needed to correct dangerous behaviour. Effective law enforcement should be fair, incorruptible and consistent. Priority should be given to curb behaviour that imperils other road users: driving under the influence, speeding, phone use while driving, running red lights, faulty vehicle lighting, etc. Remaining law enforcement capacity can be used to encourage the stubborn to increase their own safety (eg wearing helmets and seatbelts, travelling in the back of pick-up trucks).

Finally, let us not forget about road users' own responsibilities. If increased road safety is what the people of Thailand desire, the same people, in their capacity as road users, should let safety concerns prevail in the decisions they make while (about to be) seated behind a wheel. We could simply agree with ourselves to not drive under the influence of alcohol or other drugs, to not operate phones while driving, to not speed and run red lights, and to be kind to ourselves -- and to the people that love or depend on us -- by wearing a helmet or seat belt. It is not rocket science.

Experiences from around the world point out that unsafe roads are no longer an inescapable fact of life. Britain, for instance, with an almost equally large population as Thailand and a higher motorisation rate, suffers only about 35 road casualties per week, roughly a tenth of Thailand's weekly road toll. That is not because of British drivers having more powerful amulets than their Thai peers, it is because of society at large having agreed that it is worth investing in road safety, and government doing what needs to be done. Tested knowledge and good practices pertaining to road safety today are omnipresent, with much of it available a few mouse-clicks away at limited or zero costs. There are no valid excuses left for not taking note of and using it, meaning that allowing unsafe road conditions to persist has become a matter of choice indeed. The key question for Thailand is: Which road would it like to go?

Bart Lambregts lectures urban planning at the Faculty of Architecture of Kasetsart University in Bangkok. The opinions expressed in this article are his own.

Bart Lambregts lectures urban planning at the Faculty of Architecture of Kasetsart University in Bangkok. The opinions expressed in this article are his own.