Apple needs to part with its cash to generate more
Opinion

Apple needs to part with its cash to generate more

How Apple should use its cash to stay competitive 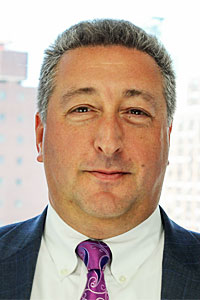 Apple has the fortunate problem of sitting on too much cash and its giant hoard isn't likely to stop growing anytime soon. (Image Creative Commons/Flickr.com)

Back in November 2017, I suggested that Apple Inc should use some of its immense cash stockpile to buy rather than build its video library and streaming offerings. My idea was a straight purchase of Netflix Inc in an all-stock deal valued at about US$100 billion. That was a nice premium to where it was trading then, using Apple's valuable stock currency to beat Amazon.com Inc or some other buyer to the punch.

But all the pushback: It's too expensive! Apple can build it! It doesn't do big acquisitions!

Alas, now it's too late. Netflix shares have soared almost 40% since the start of November, giving it a market value of about $117 billion, a good deal more than my proposed $100 billion price tag. Apple's stock, meanwhile, has barely budged since then, rising a bit more than 1%. A takeover of Netflix now would more likely require an offer closer to $150 billion. At that price, an all-stock deal would mean that Apple would have to hand over stock equal to almost 20 percent of its $870 billion market value.

Not going to happen.

Apple has the fortunate problem of sitting on too much cash. Its giant hoard isn't likely to stop growing anytime soon. It is the result of several specific factors, most prominent being the phenomenal success of the iPhone. But there is a legacy here as well, related to the near-death experience in June 1997, when Apple was a few months away from running out of money. The company was saved by a cash infusion from Microsoft Corp.

How times have changed: when the Apple iPod was introduced in 2001, the stock traded at about $15. About $13 of that reflected cash on Apple's balance sheet. That bizarre price-to-cash ratio was a result of the company's brush with bankruptcy; management was suffering from the financial equivalent of post-traumatic stress disorder. To this day, Apple holds much more cash than it realistically needs, with about a third of the company's market value reflecting cash, equivalents and securities. Those assets don't generate much of a return, and may even help to explain why Apple's price-to-earnings ratio is so much lower than its technology peers.

This cash stockpile reflects how lopsided Apple's revenue streams are. Depending upon the quarter, almost two-thirds of the company's revenue derives from the iPhone. It isn't like it doesn't have other substantial businesses; but it's sort of like saying the Chicago Bulls of the 1990s had other good players besides Michael Jordan. Nothing else compares to the singular greatness of the iPhone or Jordan.

The outsized success of this one product distorts all of the company's metrics. Apple Watch, Apple TV, iPods, Beats headphones and other accessories all sell well; Mac personal computers are enjoying a recent upgrade cycle. The service business, iCloud storage, AppleCare, Apple Pay, the Apple Music subscription-based streaming service combined generate billions of dollars in annual revenue. Apple's retail stores generate more sales per square foot than any retailer in the world. None of these other business lines have the heft of the iPhone revenue stream.

As a long-standing Apple user, I have a full run of the company's products (even our office is standardised on Macs). But I also have an Amazon Echo at home and a Google Assistant in the office. There is a real concern that Apple's ecosystem may be vulnerable to competitors who are not standing still.

Some of Apple's issues are clearly the result of the law of large numbers; iPhone's gargantuan sales dwarf otherwise respectable business lines. But that is Chief Executive Officer Tim Cook's burden to bear, and he needs to find a healthy way to generate returns on that cash. Diversifying the revenue stream should be a key motivator.

Since Netflix seems untouchable at this point, what should Apple do with all that cash? I see three options:

Reinvest. Increase spending on software technology, research and development and other projects. The famed ease of use of the company's software is weakening; the Apple iCloud product can be kludgy; cleaning this up will help keep clients locked into the Apple ecosystem.

Increase the dividend: Apple's dividend yield now is about 1.4%, about a half-percentage point below the mean for companies in the Dow Jones Industrial Average. Payouts are better than share buybacks -- something Apple has done a lot of in recent years.

Make a major acquisition. Apple has made lots of smaller purchases, such as the music and media identification app Shazam and Beats headphones. To keep up with Amazon, it should consider a bold bet on software, hardware and content. The smaller acquisitions don't do enough to move the needle. I think Walt Disney Co could fit well and be enormously additive. It would take roughly to $200 billion -- maybe half in stock, half in cash -- to get that deal done.

Apple's competitors are world-class companies, from Amazon to Alphabet Inc to Samsung Electronics Co. No company, even one as great as Apple, can afford to rest on its laurels, much less stand still. - Bloomberg View