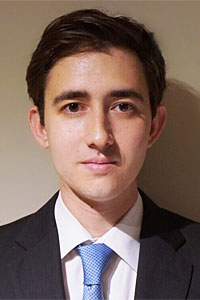 Authorities are starting to crack down on wildlife trafficking. This January, Boonchai Bach, a notorious wildlife trafficker in Thailand, was arrested on charges of smuggling rhino horns worth over US$1 million (31 million baht). And just a few weeks ago Premchai Karnasuta, a prominent construction tycoon, was taken into custody for allegedly hunting wildlife in the Thungyai Naresuan Wildlife Sanctuary.

This surge in enforcement is a positive step. By working to following through on its international law obligations under the Convention on International Trade in Endangered Species (Cites), Thailand is demonstrating to the rest of the world its ability to stick to its word and enforce the rule of law. Tourists, attracted by the possibility of riding an elephant, spotting a tiger, or catching a glimpse of a rare bird, will continue to flock to Thailand (and spend money) to enjoy the country's incredible biodiversity.

Yet, there is still much work to be done. Thailand remains a key hub for the trafficking of elephants, rhinoceroses, and tigers.

A solution for curbing wildlife trade once and for all may lie in several under-publicised American laws. The Lacey Act was passed in the United States in 1900 to prohibit trade in certain wildlife or plants that were illegally taken or sold. In the 1980s, the US Congress added a key provision to the law: It introduced a provision that would allow any "person who furnishes information which leads to an arrest, a criminal conviction, civil penalty assessment, or forfeiture of property for any violation", of the Lacey Act's wildlife trafficking laws. The Rhinoceros and Tiger Conservation Act of 1994 also incorporated these Lacey provisions.

These whistleblower laws apply not only to Americans, but to foreigners as well. Anyone is potentially eligible including government officials and park rangers, so long as they have information pertaining to wildlife trade. Because of extraterritorial restrictions, the illegal trade for which an informant provides a tip must have some nexus to the United States. For instance, the traffickers must have a US bank account or some of the illegal goods must end up in the United States.

An even more powerful law may be the American False Claims Act. The law was passed during the US Civil War to prevent government contractors from ripping off the government. Today, its application is broader. Recently, federal prosecutors have begun trying cases in which companies mislabel products being imported into the US. For instance, one recent importer paid a $1 million fine because it was undervaluing the cost of imported products in order to avoid tariff duties.

The False Claims Act is an especially powerful tool because individuals, called relators in this context, can bring cases themselves on behalf of the United States government. In other words, someone with knowledge of wildlife trafficking that involves a false statement or false certification to the US government can be obtain a reward. Moreover, the plaintiff who brings such a lawsuit is entitled to 15-30% of the total award won for the US government. This can be substantial: Each single false claim is penalised between $11,000 and $22,000 dollars, and that is before actual damages from the false statement are calculated.

Potential Thai wildlife whistleblowers should remember a few things. It is critical to gather documents and evidence for a case to stand a real chance in an American courtroom.

The second is understanding how and who to approach with such information. Under the Lacy Act and the Rhinoceros and Tiger Conservation Act, the whistleblower must provide information to federal authorities like the Fish and Wildlife Service (FWS). Unfortunately, the FWS has discretion to give rewards untethered to value of the findings, but in general the more useful the information the larger the reward will be.

An expanded use of whistleblower rewards will not be a panacea for wildlife trafficking in Thailand. But their expanded use could help curb the illegal, and give brave Thais a solid reward for providing useful information.

lawyer with the National Whistleblower Center

At least 20 dead in Afghan prison raid claimed by IS: officials

JALALABAD (AFGHANISTAN): At least 20 people have been killed in fighting between security forces and Islamic State gunmen raiding an Afghan jail, officials said Monday, after the jihadist group claimed the ongoing attack.