Will US put an end to globalisation?
Opinion

Will US put an end to globalisation? 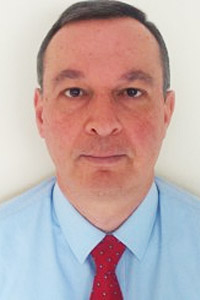 The UK's Centre of Economic and Business Research said in its recently released 2018 World Economic League Table that China's economy will overtake that of the US, in exchange rate terms, by 2032. Some extrapolations of recent IMF forecasts, which go up to 2022, see China's economy overtaking the US, even sooner, by 2027.

Of course, China is already the world's largest economy in purchasing power parity (PPP) terms. But, while PPP measures how much spending power a person has within a country's domestic economy, the exchange rate-based GDP reflects the extent of a country's international spending power against other economies. That's the measure, one may argue, that really matters in terms of global economic clout. What's clear, then, is that China's economy will shortly become the world's largest in exercising its international economic strength.

As far as Washington is concerned, the writing is already on the metaphorical wall. A generation ago, a physical wall in Berlin, which separated Communist East from Democratic West, came under the hammer from then US president Ronald Reagan, who famously said, two years before its collapse, "Mr Gorbachev, tear down that wall." A quarter century later, Washington is constructing its own walls.

The first was "candidate" Trump's wall separating the US from its poorer neighbour, Mexico, in the south. Now, it's not only Mr Trump and his White House team that are constructing a new wall, but also the so-called "Deep State", as lawmakers look to erect walls mainly facing towards Eurasia, namely Russia, Iran, China and North Korea.

For China, the latest US policymakers' salvos are economic and political -- hefty tariffs on steel and aluminium imports, alongside the Taiwan Travel Bill, respectively. Although the former, as set out by Mr Trump's White House, target a range of countries, beyond China, its timing conveniently coincides with the latter legislation -- passed unanimously in both the US Senate and Congress. While Mr Trump has yet to sign the bill into law, the chances are he will do so.

Notably, all these measures should be considered in the wake of the White House's new National Defence Strategy, revealed a month earlier, where the threat of "long term strategic competitions with China and Russia are the principal priorities for the Department [of Defence]", as they display a clear consistency and logic of purpose.

Needless to say, America has faced numerous great power rivalries in the past. As many modern-day historians would note, in spite of setbacks, the US has always managed to "re-invent itself". Politically, in the 1980s, following its failures in the Vietnam War, Ronald Reagan revived America's fortunes to win the Cold War. Economically, in the 1990s, the US sped ahead of Germany and Japan, confounding doomsayers' predictions, in the previous decade, that these industrial giants would overtake America's ailing and de-industrialising economy. Militarily, of course, America, alongside its allies, vanquished Nazi Germany and nationalist Japan in World War II, after struggling during the Great Depression.

Today, the relentless and meteoric rise of China's economy will galvanise America not so much as to re-invent, but rather, dis-invent itself, by promoting the process of de-globalisation. To this extent, Washington's policymakers, from the White House to Capitol Hill, seem to be coalescing into a unified position on dealing with so-called strategic competitors, following a year of unparalleled disunity.

Yet, as the prospect of China's dominant position in the global economy nears realisation, the faster Washington's policymakers will work in dismantling globalisation and the institutions built in its support over the last 70 years. In so doing, the question will be how Washington implements such a high-stakes objective without alienating America's powerful corporate vested interests, and swaths of its middle class that still benefit from globalisation's wealth creation, in spite of obvious growing inequalities.

Some understanding of the parameters involved in exercising de-globalisation can be gleaned from certain policy actions, when only a few weeks ago, the US Treasury stepped back from extending sanctions on holdings of Russia's corporate debt to purchases of government debt -- one third of which are held by foreign investors. The purpose of the sanctions was to destabilise an already lacklustre Russian economy, with a view to undermining President Vladimir Putin's widely anticipated win during the upcoming presidential elections. However, the Treasury retreated, at the last minute, citing the systemic risks such action could pose for the global financial system.

In respect of China, one can expect Washington to intensify provocative economic, political and possibly, proxy military confrontations. Yet, as in the case of Washington's conflict with Russia, it will always stop short of triggering systemic global financial collapse or full-scale military conflict. How China's leaders react to such provocations will be crucial. Should Beijing leash out triggering systemic financial collapse or major international conflict, Washington could accuse China's leadership of irresponsible and disproportionate countermeasures. Arguably, this could legitimise Washington's policy of de-globalisation and the emergence of a new Cold War frontier, pitting those countries willing to sign up to unquestioning "responsible" American leadership, against those falling into the camp of America's "irresponsible" rival powers, but effectively de-coupling any economic and financial interdependence forged by globalisation.

Time, though, is not on Washington's side. China is rapidly constructing a new economy, founded on domestic consumption, services, high technology, and environmental upgrading which will further propel its economic largesse and sophistication into a new era. At the same time, China is crafting a new institutional global order substituting the vacuum created by America's dismantling of its institutions. In turn, the US will become increasingly less politically influential and economically empowered to challenge China's rise.

The clock is ticking. Washington will likely intensify its provocative testing of China's leaders with sets of policy actions that can only be expected to become the norm in coming weeks, months and maybe years. The question is whether Beijing will be prepared to deal with the challenges, proportionately, thereby avoiding the potentially catastrophic trip wires set by Washington's policymakers?