Opening of China's finance market isn't what it seems
Opinion

Opening of China's finance market isn't what it seems 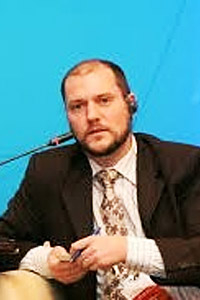 Although trade tensions between the US and China show no signs of abating, there are some reasons for cautious optimism. One is the Americans have finally gotten around to giving the Chinese a substantial list of demands -- and, on at least one score, China is prepared to deal.

The Chinese financial market has long been closed to foreign ownership, despite widespread criticism from the US and others. In November, following Donald Trump's state visit to Beijing, China's Finance Ministry announced this was set to change in 2018, and now the Trump team is pushing China to make good on that promise.

The catch, of course, is the practical impact of this opening will be minimal -- and for China, that's the point. It will accelerate its financial opening not because the Americans are demanding it, but because foreign financial firms no longer pose much of a threat. Chinese banks are now too big and too dominant domestically for foreign financial institutions to genuinely compete with them.

Consider that the four largest banks in the world are all Chinese state-owned institutions. Together they have US$11.9 trillion in assets. The world's next five biggest banks roughly match up to China's Big Four, accounting for $11.8 trillion, but they represent the largest institutions in four separate countries -- Japan, the US, the UK and France. No single country has financial firepower on China's scale. Just taking America's banking sector -- where the concept of "too big to fail" originated -- it would require the combined balance sheets of the top 10 lenders to equal the assets of just China's top four.

Within China, foreign firms own slightly more than 1% of total bank assets, compared to a full 36% owned by the five major state-owned institutions. Similarly, foreign banks account for less than 1% of annual earnings, or the equivalent of about 5% of the yearly profit made by just the Industrial & Commercial Bank of China. Starting from such a minuscule base, and up against such huge incumbents, foreign banks will always be relegated to the minor leagues in China, whether or not market restrictions are eased.

And it's not just size that gives Chinese banks an advantage. They also benefit from a well-oiled industrial policy. "Buy China" stipulations apply to projects of any significant magnitude, foreign or domestic, and include purchases of financial services.

Such requirements generally aren't written into formal policy documents, because they don't have to be -- everyone involved understands them. Cross-shareholding arrangements between state-owned financial institutions and the companies whose projects they finance help reinforce these requirements. Increasingly, China is even exporting this model through its Belt and Road initiative.

A final disadvantage for foreign firms concerns data management. Chinese regulators are finalising the details of a new cybersecurity law that will cover cross-border data flows, protections for personal information, and other sensitive issues.

It's aimed at protecting China's "critical information infrastructure", of which finance has been deemed a part, and will make handling certain kinds of data far more onerous. Foreign financial institutions will almost certainly face more restrictive rules than domestic ones. In short, China is set to make significant strides towards improving market access in finance -- but only in areas where Chinese firms already have insurmountable advantages.

The same approach applies to payment systems. China allowed Apple Pay into its market 2016, but only after WeChat and Alipay had achieved complete dominance in the mobile payments space and Apple Inc had agreed to partner with the state-owed payments system Union Pay.

Visa Inc and Mastercard Inc were officially given access the same year, but regulatory delays meant they weren't able to apply for operating licences until late 2017 and pending compliance and security reviews mean they probably won't be up and running before late 2019. Meanwhile, Union Pay has become the largest card company in the world by transaction volume.

Back in November, China's announcement it was planning to scrap limits on foreign ownership of its banks was met with much caution and scepticism. But we should take Chinese officials at their word on this one: They really do plan to move forward. That's because such caps are no longer needed to safeguard China's interests, and if removing them helps to diffuse a trade war, then all the better. - BLOOMBERG VIEW