Rights must be upheld when Thai firms go abroad
Opinion

Rights must be upheld when Thai firms go abroad 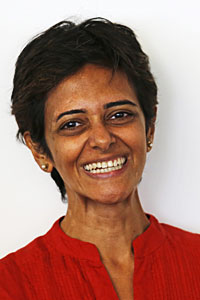 A lawsuit filed by Cambodian farmers charges that the country's biggest sugar vendor was responsible for their losing their homes. (Photos Mitrphol.com)

Thailand's businesses and its government must do more to protect the rights of vulnerable people abroad, analysts and activists said, after a landmark case filed by Cambodian farmers in a Bangkok court against a Thai sugar firm.

It is the first time plaintiffs from another country have filed a class-action lawsuit against a Thai company in a Thai court over its operations outside Thailand.

The two plaintiffs represent about 3,000 people who say they were forcibly removed from their homes and land in five villages in Oddar Meanchey province in Cambodia's northwest, to make way for a Mitr Pohl sugarcane plantation between 2008 and 2009.

As cross-border investments in the region increase to tap resources, markets and cheaper labour, cases such as these will become more common because of differences in legislation and inadequate protections for workers and residents, experts said.

"This is about ensuring that Thai companies respect human rights in the countries they operate in, and holding them accountable for violations," said Sor Rattanamanee Polkla at the Community Resource Centre, which is representing the plaintiffs.

"There is no Thai law against irresponsible outbound investment, and countries like Laos, Cambodia and Myanmar do not have proper frameworks for environmental and social impact assessments. We had no choice but to file a suit," she said.

The plaintiffs are asking for their land to be returned and 4 million baht in total compensation, she said.

Mitr Phol, the Thai sugar producer, said it had received temporary concessions in compliance with all local and national laws, and had assurances from the Cambodian government that the areas had been processed "legally and transparently".

Mitr Phol said it had withdrawn from the project in 2014, and that it had recommended that the Cambodian government return the land to the "affected communities".

The case, filed last month, is set to begin on June 11.

Such deals, which covered more than a tenth of the country's surface area by 2012, have displaced more than 770,000 people since 2000, rights lawyers say.

Following protests and pressure from rights groups, Cambodian Prime Minister Hun Sen announced a moratorium on new concessions in 2012, and promised to review old ones.

But activists say the reviews did not lead to significant changes, and that even when concessions were cancelled, the land was often retained by the government.

In the case of Mitr Phol, the villagers first filed a complaint with the Bonsucro sugarcane sustainability initiative, and then the National Human Rights Commission (NHRC) of Thailand, a government agency.

After a two-year investigation, the NHRC said rights violations had occurred, and Mitr Phol was directly responsible. It asked Mitr Phol to pay compensation in line with the United Nations Guiding Principles on Business and Human Rights.

But the NHRC's powers are limited, Ms Sor said, and the Cambodian farmers did not get compensation or their land back.

"The NHRC can issue recommendations, but these are not binding. Filing cases is an option, but it is always a challenge to go through the judicial system," Angkhana Neelapaijit, a member of the NHRC, said.

The NHRC has received more than a dozen complaints about Thai overseas investments related to their impact on the environment and people, she said.

In response to the NHRC's recommendations, the cabinet issued resolutions in 2016 and 2017, calling for Thai investors to respect and protect the rights of local people, and to prevent adverse impacts on the environment and to livelihoods.

But the region has proven to be a "laggard" in adopting an enforceable regional human rights system, said David Pred, co-founder of advocacy group Inclusive Development International.

"We shouldn't hold our breath waiting for governments to adopt one. But that need not stop people from pursuing justice for business-related human rights violations in the national courts of the countries where the companies are domiciled."

Thai outbound investment in 2017 totalled about $20 billion, according to the country's investment board, much of it going to Cambodia, Laos, Myanmar and Vietnam.

But investors are backing projects "with little regulation and often with disregard for the human and environmental rights impacts", according to a report from the UN Working Group on Business and Human Rights published in November.

Thai investors must apply the highest international standards and offer remedy for abuses, said Surya Deva, a member of the UN working group, which concluded a 10-day visit to Thailand last week.

"If Thai companies are benefiting from these investments, and outsourcing negative human rights impacts, it is critical that they also provide opportunities for any victims to file cases in Thailand if needed," he said.

"It is a complicated process, but that option should be available," he said. - Thomson Reuters Foundation

Rina Chandran joined the Thomson Reuters Foundation’s editorial team in India in January 2016. Prior to that, Rina was a business journalist for more than a dozen years in India, Singapore and New York, with Reuters News, Bloomberg and the Financial Times. Rina has an MFA in Writing from the Johns Hopkins University and an MA in Business & Economics Reporting from New York University.