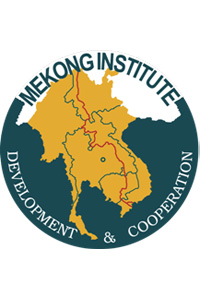 Australian Prime Minister Malcolm Tumbull rolled out the red carpet for the leaders of Asean member countries two months ago. The first Australia-Asean Summit to be held "Down Under" ended with a commitment to strengthening cooperation in areas of economic ties, development initiatives and education. Such statements are nothing short of unsurprising between Asean and its dialogue partners. Some would even discount it as a typical talkfest. What was surprising, however, was when Indonesian President Joko Widodo seemed to welcome the possibility of Australia joining the 10-country regional grouping.

Opening membership to Australia seems at odds with the first requirement for admission -- to be geographically located in the Southeast Asia region -- as stated in the Asean Charter. It does not seem right especially in light of Timor-Leste's membership application which has been pending for over eight years with no end in sight. Whatever the case, Australia would be pleased with Indonesia's gesture even though Canberra has no official intention to become a member country.

On the sidelines of concerns over both the growing influence of China and US President Donald Trump's unpredictability, Canberra seems to be up-scaling its relationship with others in the region. Asean -- which is estimated to become the world's fourth-largest economy by 2050 -- undoubtedly presents a regional powerhouse in Southeast Asia. But others are sceptical -- by no means for the first time -- whether Australia would see Asean as a congenial partner on a substantial basis.

Than Tha Aung works at Mekong Institute in Khon Kaen.