Politics is sport for Newin
Opinion

Politics is sport for Newin

Buri Ram's favourite son remains a force to be reckoned with and could tip the balance for Prayut - Pheu Thai candidates are having to face up to a cash shortfall - DSI reshuffle seen as auguring reduced police influence, speedier justice

Newin Chidchob, a veteran politician who has turned his focus to football and motorsport in the northeastern province of Buri Ram, has made headlines again as the regime is expected to ease its ban on political activities some time this month.

Mr Newin, the chairman of Buriram United, made a critical remark about the failure of the Thai men's football team that crashed out in the first round of the 2018 Asian Games in Indonesia last month.

He said the failure was due to rampant cronyism within the team selection. Mr Newin used the Thai words dek sen to refer to how a number of players had been chosen based on their personal connections rather than their nifty ball skills or esprit de corps.

But somehow, Buri Ram's favourite son has managed to mix a sporting event with politics, reinforcing the argument that he retains significant political clout.

Shortly after venting his frustration with the team, he spoke to the media about "a decent government", suggesting state power should be curbed and the public given more say in decision-making processes if the country hopes to achieve progress and prosperity.

He said the government shouldn't lay down too many rules and regulations to control people who make a living by offering ride-hailing services via apps like Uber, Grab, and similar companies, with authorities still refusing to legalise them.

There is nothing wrong with letting them make an honest living, he said.

Mr Newin, a former power broker to be reckoned with, said Buri Ram's Chang International Circuit will stage the first MotoGP in Thailand from Oct 5-7. It's expected to draw up to 100,000 people.

But there is a huge shortage of taxis in the province and it is impossible for them to handle such a huge number of visitors, he said, adding the government should help locals find ways to boost their income during the major sporting event.

He cited this as an example of how the power of the state needs to be curbed sometimes, with people given a more participatory role in big events so they earn more money.

Mr Newin was seen as a key figure marshalling support for Prime Minister Prayut Chan-o-cha during his visit to several provinces in the lower Northeast in May, particularly his home province.

About 30,000 people turned up to welcome Gen Prayut with open arms during his visit there, an effect only someone with Mr Newin's clout could have made happen, according to a political source.

Analysts says he can help the premier secure a stronger political base there should he decide to try and return as prime minister after next year's election, tentatively scheduled for February or March.

Mr Newin announced years ago that he wanted to turn his back on politics and devote himself to working with his football club, Buri Ram United, and various motorsports.

But he is still seen as an influential political figure who can help Gen Prayut and his associates achieve their goals in the next poll, in an "unofficial capacity", pundits say.

Mr Newin is considered a master political strategist. His work with late prime minister Banharn Silpa-archa and two other former prime ministers -- Thaksin Shinawatra and Abhisit Vejjajiva -- have given him a more than impressive profile.

Speculation is now rife that the regime is forging alliances with small- and medium-sized parties to draw former MPs from their ranks to join a pro-regime party established to support Gen Prayut's return as prime minister after the coming poll. 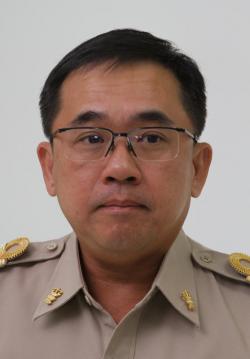 Wisit: Signed off on 'purge'

Party officials have yet to confirm it, but Sita Divari, a many-time former MP for Bangkok and a spokesman of the first Thaksin Shinawatra administration, is known to be taking up a job as Pheu Thai Party director.

As director, his main task is to coordinate between party members and their leader, which in Pheu Thai's case is likely to be de facto leader Thaksin Shinawatra. Another equally important task is known to be managing the party's coffers and handling financial support for potential election candidates.

Mr Sita, a close aide of Khunying Sudarat Keyuraphan, who is widely tipped as a strong candidate for the party's top post, rose to prominence when he was named spokesman for the first Thaksin government.

The former jet fighter pilot was later appointed deputy secretary-general to Thaksin while he was prime minister.

This gave Mr Sita the opportunity to work closely with Khunying Sudarat in the cabinet, which marked the beginning of the close ties between them.

He was among the 111 Thai Rak Thai executives banned for politics for five years when the party was ordered disbanded by the Constitutional Court.

After serving out the ban he was made Airports of Thailand Plc (AoT) chairman, the youngest chairman of one of the country's largest and most profitable state enterprises.

While it had not been made official until Pheu Thai's acting secretary-general Phumtham Wechayachai confirmed it, a source in the party insisted several former party MPs have been talking to Mr Sita about securing the funds necessary for the upcoming election campaign.

Some said money to party members had stopped flowing after the May 2014 coup.

The ex-MPs are concerned if the fund disbursements are few and far between, they will not be able to keep up with their political opponents who are known to have vast resources at their disposal.

According to the source, these political rivals are none other than their former colleagues who have switched allegiance.

The defectors are said to be out and about meeting voters in their constituencies to let them know that they are no longer associated with Pheu Thai.

With the general election approaching, probably in late February next year, the former Pheu Thai MPs who chose to remain with the party are left with no choice but to confront Mr Sita over funds and how urgent their need is.

According to the source, election spending will be monitored as the poll date draws closer. And once a royal decree on the elections is announced, every baht spent by a party and every campaign activity will be under close scrutiny.

According to reports, Pheu Thai initially agreed to disburse funds to cover the former MPs' expenses, but in far smaller amounts than those said to be paid to their rivals.

The election mood in Pheu Thai is not one of high excitement, said the source. Many members are said to be struggling to motivate themselves while some are close to giving up their hopes of winning in the polls.

Things are different from the previous polls which witnessed Yingluck Shinawatra's meteoric rise to the premiership after only 49 days on the campaign trail.

Word has begun to surface that the "big boss" could be losing heart after calculating the odds, despite his claim in early August that the party would grab as many as 260 seats in the elections.

Political observers, meanwhile, note the situation must be utterly frustrating for the Pheu Thai politicians who have just six months to get engaged with voters to get their votes. 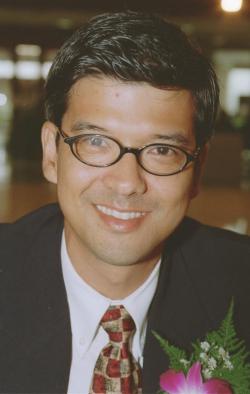 Senior reshuffles at the Department of Special Investigation (DSI) always either arouse curiosity, fascination or dismay among political watchers.

The latest shake-up at the DSI, announced at the end of last month, was no exception as it also raised eyebrows with two deputy chiefs having been "pushed out of the way", according to some pundits.

They insist the occupants of those high-level seats at the DSI have been the subject of speculation as the department is seen as an early-stage "dispenser of justice".

The agency handles high-profile criminal cases that are often shrouded in mystery, some of which need specialised knowledge in criminology and in-depth investigation.

The latest reshuffle bore the signature of justice permanent secretary Wisit Wisitsora-at, who gave the final stamp of approval to the new DSI executive line-up.

What stoked people's curiosity, however, was that the shake-up saw the two DSI deputy secretary-generals replaced by officials not from the police force.

Pol Maj Suriya was given a new position in the Narcotics Control Board while Pol Lt Col Prawut was appointed deputy director-general of the Corrections Department.

Their seats will be filled by Dr Traiyarit Temahiwong, currently serving as director-general of the Central Institute of Forensic Science, and Monthon Kaewka, deputy chief of the Department of Probation.

Since its founding, the DSI has largely been staffed, especially its upper echelons, by officials serving in the police force but who were later reassigned to the department.

Mr Wisit described the latest reshuffle as nothing extraordinary.

But some critics remain unconvinced. They suggested the changes could be prelude to the reduced influence of police officers over the affairs and management of the DSI.

The observers said the DSI should break a system of administration run predominantly by people with a similar mindset, moulded by years of working in the same law enforcement agency.

Investigations in certain special cases should now pick up pace and the wheel of justice must turn faster with non-police officials in charge, according to the observers.

The DSI has also been the focus of indignation, for example when it was accused of dragging its heels on probes and being politically inclined.

Given its role as a collector of evidence as well as an investigator, the chances of bringing wrongdoers to justice in the criminal cases it pursues depends on how the agency puts together the probes.

Despite the transfer order, a source in the Justice Ministry said Pol Lt Col Prawut is still pressing on with the investigation into the alleged encroachment of forest land by the Rang Yen Resort in Loei.

The source said Pol Lt Col Prawut was one of the first officers who crossed over from the Royal Thai Police to the DSI when the department was inaugurated on Oct 3, 2002.

He has steadily risen up the DSI's ranks, having led probes into controversial cases related mostly to the encroachment and poaching of protected natural resources.

He was also one of the first officials to introduce aerial mapping to support the DSI's efforts to gather evidence.

The maps were used as evidence by other agencies in locating the forest boundaries that determine whether encroachment has taken place.