You never give me your money
Opinion

You never give me your money

Giving to charity is a good thing, but the aggressive tactics of fundraisers can make it an unpleasant experience 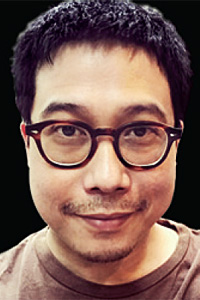 'Excuse me, do you have a few minutes? Don't worry, I'm not trying to sell you anything." Anybody who uses the city's public-transportation services on a regular basis will surely be familiar with these lines.

Groups of strangers gather outside office blocks on busy Bangkok streets or at major BTS and MRT stations. They are usually pretty 20-something females wearing coloured bibs or tabards. They are fundraisers, usually for NGOs, raising money for their cause by stopping members of the public and soliciting their support.

There's nothing wrong with these organisations or with donating to a good cause. On the contrary, it's a very decent thing to do. And Thais are always looking for an opportunity to make merit.

What is wrong is the way these street fundraisers -- or "chuggers" -- use aggressive tactics when approaching members of the public. It is giving charities a bad name. Blogs like Pantip are filling with complaints about chugger behaviour. I can't help but wonder -- do charities realise the damage street fundraisers are doing to their brands?

I'm sure many of you will relate to something I experienced myself recently. I was visiting the Book Expo Thailand at Queen Sirikit National Convention Center. As I approached the entrance, I spotted some fundraisers in tabards a short distance ahead of me. I noticed them clutching their clipboards, with eager smiling faces, trying their best to make eye contact. I set my gaze to the middle distance, fumbled for my phone and feigned an urgent conversation. But you all know that doesn't work. Three of the girls approached me at the same time, forcing me to stop and listen to their pitch

I was told that they were raising money to help children in Palu, on the island of Sulawesi in Indonesia, which had been devastated by an earthquake and tsunami. I thought that maybe it would be good to donate some money to help those children out. I rarely have time to go to the temple to make merit these days, so it was a rare opportunity for me to do a good deed.

I asked them if they had any more information for me to read. And after taking some time to make up my mind, I told them I might come back when I finished exploring the book fair.

One of the girls blocked my way and said: "Most people say the same thing, but they usually don't come back. So could you please stick around for a few more minutes?" Then she handed me her clipboard and began showing me all the different types of donation programmes.

"The minimum is 300 baht a month," she said. "I hope that helping those children for 10 baht a day wouldn't be too hard for you."

Next came the well-rehearsed spiel -- one that I am particularly susceptible to -- the so-called "chugger charm". And before I knew it I'd parted with my cash and signed up to a direct debit with the charity -- for at least two years!

When I asked if I could follow up with the organisation to see where the money goes, or if I could have emails sent with photos of the children I have helped, they said it was impossible. In order to protect the children, they can't give that kind of information out, they claimed.

After we parted ways, I didn't feel the way you're supposed to after helping the less fortunate; instead of feeling good about myself, I felt annoyed, almost as if I'd been mugged. It felt like I'd made the donation not so much to help out the children of Pa as to get the fundraisers off my back.

I am not criticising the fundraisers personally. Many of them are young jobseekers, sometimes employed by the charity, but more often by a direct marketing agency, donor-consultancy agency or professional fundraising organisation. I just wish that they would change their tactics a bit -- try not to be so aggressive and guilt-trip passersby into handing over their bank details, often when they're attempting to get away.

I was even more worried the next day after discussing the incident with family and friends. They said that most of the money usually goes to pay the fundraisers' wages and not to the charity they are raising money for. You never know for sure if the money will reach its intended destination.

Sadly, I guess that's a big part of how charity works. It's not so much about who gets the money, but about feeling good about yourself.

I have to say that I don't feel particularly good about myself right now.

Tatat Bunnag is a feature writer for the Life section of the Bangkok Post.

Tatat Bunnag is a feature writer for the Life section of the Bangkok Post.