The fishing industry is waiting for a sea change
Opinion

The fishing industry is waiting for a sea change 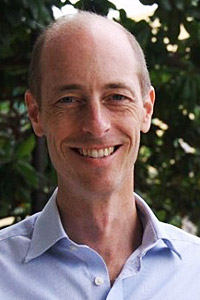 Today, the world observes International Migrants Day -- a day to recognise the contributions and struggles of those who have left home in search of work that provides fair income and safe working conditions. Jobs that help put food on the table and protect their families. In short, what the International Labour Organisation calls decent work.

International Migrants Day is a day to shed light on the one million or more Thais who work overseas -- those fishing in Malaysia, farming in Israel, or building in Qatar for example -- but also on the more than three million migrants working in Thailand -- in fishing, farming, or construction. Their labour makes a vital contribution to the Thai economy. In fact it is hard to imagine the growth or survival of these industries in Thailand without the labour of migrants.

Let's look at the fishing sector. Nearly 90% of the 60,000 fishers in the Thai commercial fishing industry are migrants from Myanmar and Cambodia. The Thai Government followed the ILO's Work in Fishing Convention (C.188) when setting standards in Thai labour law for work in fishing -- one of the world's most arduous and dangerous occupations.

The convention calls for, among other things, the regular payment of wages, written work agreements, adequate food and water, and safety training for fishers. In Thailand, these basic workplace standards are already required by law in commercial fishing. They are the product of reforms introduced since the global media turned its attention to labour abuses in the Thai fishing industry in 2014.

With its recent decision to ratify the Work in Fishing Convention, and its adoption of the ILO's Forced Labour Protocol in June 2018, the Thai government has chosen to lead the region. The November 2018 vote by the National Legislative Assembly to ratify the Work in Fishing Convention puts pressure on Indonesia, Vietnam and the Philippines -- with a combined US$12 billion in seafood exports last year -- to follow the Thai example.

Thailand also has an opportunity to lead with support at the new Southeast Asia Forum for Fishers, organised by the ILO, which brings together governments, employers, and unions from the region's major seafood producers to reduce and eliminate forced labour in fishing.

Thailand's decision to ratify the Work in Fishing Convention also sends an important signal to the governments of Myanmar and Cambodia. These countries are home to tens of thousands of fishers the Thai industry hopes to recruit, and their governments are looking for evidence that Thailand's commitment to decent work in fishing will be long lasting.

This commitment means more than rulemaking. Next up is stronger and more consistent enforcement of the rules, which is more likely when migrant workers are able to organise themselves and bargain with their employers. Effective enforcement is good for workers and the Thai industry's reputation around the world, and ultimately for the many vessel owners who follow the rules, by enabling fair competition with a level playing field.

In Thailand this year, International Migrants Day is more than a day for migrants -- wherever they are in the world, and wherever they call home. It is a day for all of us to think about how labour and livelihoods connect us all.

Jason Judd, Chief Technical Adviser for the International Labour Organisation (ILO). The views are those of the author and do not necessarily reflect the position of the ILO or any of its members or constituents, or constitute any kind of endorsement.