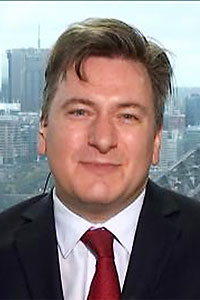 Is China's Belt and Road Initiative a bold infrastructure vision, or a slush fund? The question is becoming more pressing.

Chinese officials offered to help bail out state-owned 1Malaysia Development Bhd, kill off investigations into alleged graft at the fund, and spy on journalists looking into it in exchange for stakes in Belt-and-Road railway and pipeline projects in Malaysia, the Wall Street Journal reported Tuesday. If proven, that would offer the clearest link yet between the 1MDB scandal and Belt and Road, still seen by many as a more effective rival to multilateral investors such as the leaderless World Bank and Asian Development Bank. China has denied that money in the programme was used to help bail out 1MDB.

The common perception is that President Xi Jinping's flagship foreign policy initiative is an ambitious programme deploying trillions of dollars on necessary infrastructure in emerging Asian and African countries where Western investors lack the animal spirits to tread.

A variant of this view suggests a greater level of Machiavellian foresight. By getting emerging-economy governments caught in debt traps when unviable projects like Sri Lanka's Hambantota port go belly-up, China is methodically assembling a network of client governments in hock to Beijing and advancing its military ambitions.

Here's a better argument for what Belt and Road is really about. Despite Mr Xi's close association with it, the initiative isn't ultimately a connected master plan for Chinese global ascendancy. Instead, it's better looked at as a chaotic branding and franchising exercise, a way for the country's numerous provincial officials and state-owned companies to slap a presidential seal of approval on whatever project they're seeking to pursue.

"Far from strictly following Beijing's grand designs, much of the Belt and Road Initiative's activity to date looks more scattered and opportunistic," Jonathan Hillman, a senior fellow at the Centre for Strategic & International Studies, wrote in an analysis last year.

The Journal's reporting suggests a scheme cooked up on the fly, with its key planks initially proposed by Malaysian rather than Chinese officials. By building the railway at a vastly inflated cost, Chinese state companies would be able to get their hands on spare cash and in return assume some of 1MDB's debts.

If Malaysia's Belt and Road projects were all part of a grand strategy hatched by China, the execution was incompetent. According to the Journal, former Malaysian Prime Minister Najib Razak did hold talks with Beijing about granting berthing rights to Chinese naval vessels -- but the discussion never bore fruit. Then Mr Najib was voted out of office last year, with his successor Mahathir Mohamad seeking to cancel or renegotiate projects he's labelled a "new version of colonialism".

Other examples abound. Oil and gas pipelines linking a planned US$9.6 billion port in Myanmar to China's Yunnan province are barely being used after five years in operation. A high-speed train to connect Jakarta to Bandung is running at least two years behind schedule and has barely started construction.

Three of the six trans-Asia "economic corridors" around which the initiative was designed are devoid of major projects, while countries outside its original scope such as Nigeria and Argentina are being brought under the umbrella. Meanwhile, far from binding governments closer to Beijing, its investments in Malaysia, Sri Lanka and the Maldives have fuelled backlashes bringing China-sceptical governments to power.

Sometimes, as with the projects supported by the Asian Infrastructure Investment Bank, the Belt and Road brand is going to be stuck on worthwhile but generally small-scale investments. At other times, it will be used to burnish splashy but ill-conceived developments that may never get built.

The prestige of Belt and Road may end up being used to sell projects that are not just illogical but corrupt. If you think the huge web of private contracts, public funds and gatekeeping officials that support infrastructure projects in emerging countries don't offer ample opportunities for graft, I have a bridge to sell you.

All that is reason for foreign observers to be less worried about the geopolitical ambition of Belt and Road, and much more worried about the light it shines on the haphazard and uneconomic nature of Chinese policymaking in the Xi era.

In truth, infrastructure week Beijing-style looks just as disorganised as the Washington version President Donald Trump occasionally floats. The more worrying thought isn't that Belt and Road is a vast conspiracy, but that it's a vast mess. - BLOOMBERG OPINION

Nate has another go