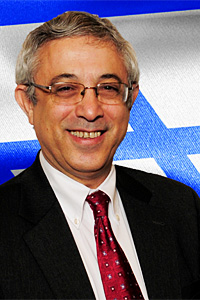 Members of the BNK48 girl group visited and took notes at the International Holocaust Remembrance Day Ceremony in Bangkok on Tuesday. (Photo courtesy Embassy of Israel)

Over the weekend, a young Thai singer in the girl band BNK48 made headlines around the world -- sadly, for entirely the wrong reason -- by wearing a T-shirt emblazoned with a full Nazi swastika flag during a performance.

Subsequently, I met the young singer, at her request, and learnt very quickly that she wished she had never achieved such notoriety. Nor had she tried to make any ideological pro-Nazi statement. She simply, in her words, did not know the significance of the symbol. I believed her completely.

Was it the first time in Thailand that we have seen swastikas and other Nazi symbols worn or displayed? The answer is unfortunately "no". A few years ago, some students from one of Bangkok's top universities did the same, before apologising. And last week, the Israeli embassy contacted a hotel owner in Chiang Rai who had put up a Nazi flag with the same explanation: "I was not aware of the meaning -- I did not know". I believed him, too.

So this time round with the girl band, why did the global media cover it so extensively? Well, most of us did ill-advised things when we were young, but usually, perhaps with the exception of the reactions of our parents and teachers, the fuss died down reasonably quickly afterwards.

However, unlike the normal type of mischief that young people get up to, the casual, thoughtless display of Nazi symbols ends up upsetting and even traumatising millions of people around the world.

In addition, the singer being a member of a hugely popular pop group "helped" them hit the headlines, as they are idols, with many young people regarding them as role models. Now they know better that fame brings responsibility as to what they say, do or wear.

The fact that the "Nazi" performance happened on the eve of International Holocaust Remembrance Day certainly came as an awful shock for both Jews and non-Jews around the world, rubbing salt into a terrible wound. 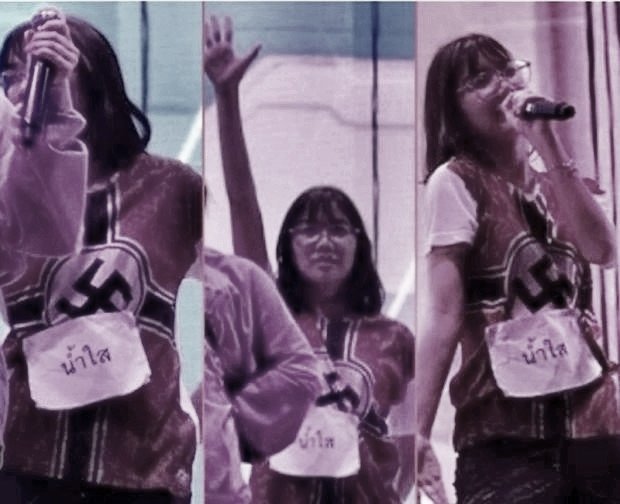 The inappropriate action and dress of BNK48 singer Pichayapa “Namsai” Natha turned into global notoriety and then tears as the photos appeared (of course) online.

The issue which I believe should really worry us all is that all those mentioned above in past displays of Nazi regalia gave the same explanation: "I didn't know", and they were all telling the truth. This lack of knowledge, and dare I say even ignorance, that exists around the world (certainly not only in Thailand) about history in general, and the Nazi era and the Holocaust in particular, is what I believe we should fear.

A deficient knowledge of the history of the human race is a perfect breeding ground for racism, discrimination and hate. One of BNK48's fans, trying to defend the young pop star wrote: "I am 40 years old and I've never heard about it [the Nazis and the Holocaust]. Why should she [the singer]?" Is ignorance really the new norm for ignorance to be accepted?

In today's world, where everyone is a potential news maker, with social media supplying the perfect platform for instant dissemination of content, extremism seems to be carrying the day. However, it's my view that education and learning are extremely powerful tools -- and that families, schools and universities can still rise to the challenge of teaching history and values to the young (and the not so young).

What we need to do though is to use these tools. One cannot underestimate the importance of education as the key to combating hate, prejudice and racism.

Thailand is not alone. The whole world is struggling with the same problem. Sadly in the past year, incidents of anti-Semitism in Europe and North America increased.

Cutting a long story short, the BNK48 singer, Pichayapa "Namsai" Natha, understood her mistake and agreed, together with the Israeli embassy, to give a helping hand and lend her voice to educate her peers about the Holocaust. She also attended the Holocaust commemoration ceremony organised yesterday by the embassy of Israel and the United Nations.

There's a saying about being given sour lemons and making sweet lemonade out of them. So perhaps this unfortunate Nazi T-shirt performance will actually, at the end of the day, help to educate everyone, young and old, about the importance of remembering the Holocaust, and honouring the memories of the many millions who were slaughtered so brutally by the Nazis.

As hard and as challenging as it is, I strongly believe that the only effective antidote to racism, anti-Semitism and other forms of discrimination is education, education and more education.