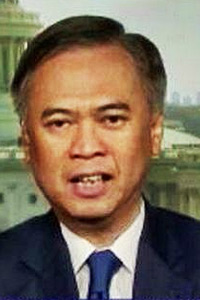 A maid cleans the wall at an office building in Bangkok. (Photo by Chanat Katanyu)

A recent report circulating in the press and social media has raised quite a few eyebrows -- not just those of Thais, but also those of foreigners who are well acquainted with Thailand.

"New" findings published in the Credit Suisse Global Wealth Report 2018 claims that Thailand has assumed the undesirable mantle of being the country with the highest wealth disparity on earth. This has led some publications to dub Thailand as "the world's most unequal country".

While there is no denying that poverty still exists in Thailand, and that inequitable wealth distribution remains an issue, one cannot help but wonder if the situation really is as dire as portrayed. So, is Thailand truly the most inequitable country in the world?

Fortunately, the Office of the National Economic and Social Development Board (NESDB) -- as the national agency primarily responsible for monitoring the government's progress in reducing inequality -- was quick to clarify the facts and provide a clearer understanding of the situation.

To start off, the NESDB pointed out the information gathered on Thailand is rather dated, as it was collected in 2006. In contrast, reports for other countries surveyed were based from data sets that come from a wider period of time. Therefore, it would be difficult to make an accurate comparison between countries, as the data comes from differing time frames.

Had the latest data on Thailand been used, the outcome would have been significantly different. As such, there is a real cause to question whether the report genuinely reflects the reality in the country.

Thailand -- and many other developing countries -- are not quite in the position to compile such records, owing to various limitations that include technical difficulties in collecting information on asset ownership.

What also needs to be underscored that the report uses econometrics to estimate inequality -- which works on the premise that income distribution correlates with wealth distribution. Considering that only 20% of all countries surveyed has comprehensive wealth distribution records, any conclusion reached on the state of inequality for the remaining 133 countries can only be, at best, a rough estimate. As just stated, Thailand is among those countries where wealth ownership data is not available. As such, it can only provide income distribution information.

This is not to say that the issues surrounding wealth distribution and inequality do not figure prominently on the Thai government's agenda. In contrary, the government is determined to ensure that as the country moves forward economically, no one should be left behind -- that the fruits of the Thais' labour can be equitably enjoyed by all subsets of the society.

For this reason, the NESDB has been entrusted with the task of monitoring the government's efforts in reducing inequality. The methodology used by the Thai agency, however, is different from that of Credit Suisse's. It draws upon the Gini Coefficient Index -- an universally accepted standard that is also used by the World Bank to measure inequality among countries worldwide -- which focuses on two key factors, income and expenditures.

By looking at 2017 figures, which are the most recent figures available, one can see that both Thailand's Gini Coefficient and the Expenditure Index have moved in a positive trend -- which demonstrates that inequality in Thailand have been in a downward trend in the past 10 years.

At the same time, the indicators show that the income gap between the highest and the lowest income group in the country is gradually shrinking. Similarly, the expenditure gap between the two groups has also been diminishing.

This conclusion is not only based on Thai government figures, as it has also been reaffirmed by the World Bank. According to its assessment, Thailand has continued to move up in terms of wealth equality. In 2013, Thailand's Gini coefficient was ranked 46th out of 73 countries. Merely two years later in 2015, the country moved up to 39th place.

As a matter of fact, based on the latest figures released by the World Bank, Thailand's Gini coefficient currently stands at 0.36 -- which is not too far off from that of some developed countries, such as the United Kingdom (0.33) and the United States (0.41).

That said, this does not mean that Thailand can sit on its laurels. While a lot has been done over the past decade, much more remains to be accomplished. The figures may show that inequality in Thailand is decreasing, but reducing disparities between the wealthiest and poorest segment of the society must remain one of this administration's -- and all future governments -- top priorities.

It is encouraging to see that over the past four years, various policies that are aimed at achieving a more equitable distribution of income and wealth have been launched. Government-led projects, as well as public-private partnerships have been used to create more job opportunities. A number initiatives have been launched to increase the earnings of lower- and middle-income groups. Policies that seeks to better redistributed wealth from high-income groups to other segments of the population have also been implemented.

Finally, as part of its dual-pronged approach, the government has initiated a number of social welfare schemes in key areas such as education, housing, and healthcare. The ultimate aim is to achieve greater equality in wealth distribution by 2037, at which stage the gap between the country's richest and poorest 10% of the population should be no greater than 15 times, down from the current figure of 22 times.

Only then can the government make the headlines in a more appropriate way by becoming one of the more equitable countries in the world.

Vijavat Isarabhakdi is an adviser to the Ministry of Foreign Affairs.

Vijavat Isarabhakdi, seen here providing Thailand's response to the 2014 'Trafficking in Persons' report, was ambassador of Thailand to the United States and Canada prior to his retirement in October, 2017.