A new paradigm for a changing world order
Opinion

A new paradigm for a changing world order

This map produced by the Asean Secretariat shows that 'haze' affected five of the 10 Asean member countries on Wednesday, yet the group has taken no action. (Graphic Asean.org)

The latest air pollution crisis has been a wake-up call to the way we in this country think about the need for a more environmentally friendly development strategy.

Yet one aspect overlooked was that this problem is a common challenge for all countries in the region and has a transnational dimension. Similar to Asean's experience with the annual haze problem, Asean has very little visibility in terms of response and cooperation. 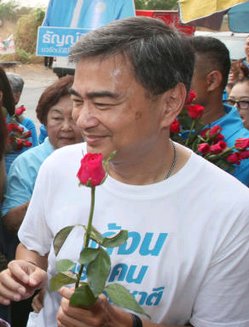 Abhisit Vejjajiva is the leader of the Democrat Party. He was the 27th prime minister of Thailand, from 2008 to 2011.

Few people will be surprised by this. Outside observers will point to other problems like the Rohingya crisis as evidence of Asean weakness when dealing with high-profile issues that are relevant to Asean people. This needs to be changed. As Chair of Asean this year, Thailand should take the lead to set a new paradigm. Beginning with an Asean clean air initiative with a mechanism to push for an Asean response to regional pollution as an example, we should show that Asean can be relevant and move with the times.

Pollution is one of many challenges Asean people face today. Important and sensitive regional issues will require clear political leadership. Asean's agenda can no longer be set by bureaucrats. Leaders should engage the people to find a common will to solve problems in the region to achieve a true Asean community.

Right now, the top concerns for Asean people are economic. Greater solidarity, cooperation and integration are needed to increase the competitiveness of the region and provide greater economic security in the age of technological disruptions.

A trade war between the US and China and unilateral actions by the superpowers are clear threats to all Asean economies. Asean, its dialogue with partners, and the East Asia summit must be used to reaffirm multilateral trade rules in order to protect the region's progress in fighting poverty. Moreover, if Asean can reach out to other regional groups, from Europe to Africa to South America, there would be a strong coalition against the current threat to global trade.

As for increasing regional competitiveness, Asean under my chairmanship a decade ago, pushed for greater connectivity in order to realise the gains from Asean trade agreements through physical trade facilitation, harmonisation of regulations, and greater people-to-people exchanges. That was before the Belt and Road Initiative (BRI) was announced by China. Despite the complementarities of the two initiatives, we have not seen Asean approach the BRI as a group to achieve Asean connectivity. Recent Thai government approaches to the high-speed rail link from Kunming to Singapore are a case in point. It is time for Asean to speak with one voice with China on the BRI. 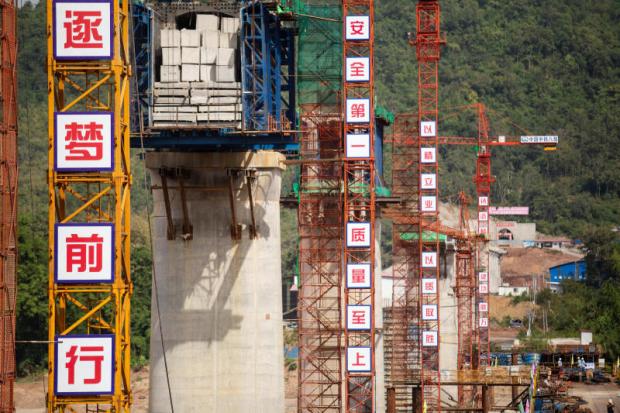 This October 2018 photo shows supports for the Luang Prabang Bridge, a section of the China-Laos railway which is part of China's Belt and Road plan to connect Asean with Yunnan. (Bloomberg)

Beyond the issues of trade and connectivity, the need to protect the poor and create economic security in a fast-ageing region amidst technological disruption requires a much more extensive welfare system for Asean people. More revenues are needed for funding and Asean can take action to help achieve this.

For instance, we should agree to stop the race to the bottom in terms of lowering corporate taxes in the hope of gaining a competitive edge in attracting investment, but instead end up with nobody having a competitive edge and everybody getting less revenue and a more regressive tax system. Asean should also reach out to other regions to do the same, perhaps at the G20, where Asean earned a seat during Thailand's last chairmanship.

A related problem concerns the inability to collect taxes from multinationals, including the major tech companies operating in the region. As individual countries we are too small to bargain with such companies. But a market with a population half the size of China can surely demand that these companies pay their fair share and contribute to the development of the region.

By addressing these issues Asean leaders can demonstrate that the regional grouping can make a genuine difference to the well-being of our peoples.

A more fundamental problem for Asean is how we can engage people more. The recession of liberal democracy in the region has not helped. As leaders, we must encourage each other to give people a greater say in public affairs. We don't need to do this the way Western countries do but an upgraded "Asean way" might be what is needed. The effectiveness of Asean in addressing future challenges requires far greater participation from the people than at present. This will not happen until Asean people truly feel a sense of belonging to the Asean community, with a common purpose, common core values and a sense of common destiny.

Under Thailand's chairmanship last time, leaders had a dialogue with civil society, businesses, youth, and parliamentarians. Sadly, this practice has been discontinued. Such engagements are essential to build up political will for Asean leaders to face difficult challenges and tackle sensitive problems. Unfortunately, Asean is not set up as a democratic organisation while not all member states are democratic. This double deficit in democracy needs to be overcome.

Asean has often been shaped by strong political leadership. The will of the Founding Fathers gave birth to Asean. Surin Pitsuwan showed leadership in redefining the role of the Asean secretariat to make the implementation of Asean agreements more effective.

Thailand will chair and host the first Asean summit of 2019 in June, just after His Majesty the King's coronation, an event which will have united the country and signalled a fresh start. Let that spirit of unity and rejuvenation lead the whole region forward. Ten years ago, despite the failed Pattaya summit, Asean made a coordinated effort to deal with the global financial crisis, completed free trade agreements with dialogue partners, became an observer at the G20, welcomed the US and Russia to the East Asia Summit and kicked off Asean connectivity to help the establishment of the Asean community. This time let's hope the newly elected government will have the vision and the will to rise up to the region's challenges and lead Asean towards a new paradigm.