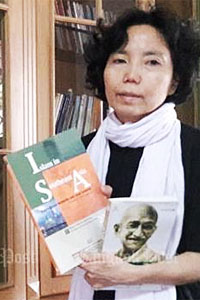 Farmers spray pesticide in a rice field in Chachoengsao. (Photo by Pattarapong Chatpattarasill)

This week is a crucial time for the controversial rice bill as the National Legislative Assembly (NLA), which was hand-picked by the military regime, is expected to have a second reading amid pressing concerns the legislation will have an enormous impact on rice farmers.

My first impression of this bill is that its main aim is to benefit large-scale rice exporters, rather than farmers. I believe its proponents have no idea the plight Thai farmers experience.

Those who initiated the bill recently appeared in a TV programme, together with officials tasked with promoting exports. They tried to convince the audience of the advantage the bill offers, but omitted its impact on farmers. 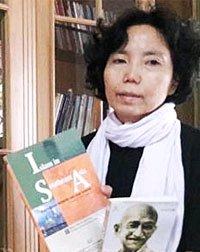 The bill, should it sail through the NLA, will give agro-giants a free hand to further control the market, while farmers are prohibited from keeping rice seeds for the following season. Forced to buy new rice seeds, farmers will have to contend with rising production costs amid what could be a less than favourable market. The diversity of paddy strains, one of Thailand's strengths, is absent from the contentious bill.

It's a pity the TV programme host didn't make any effort to ask those championing the bill why we have to limit our rice strains in export markets to just one or several. How such limitations can be considered "rice strain development" may confuse many. I am not sure if they have any real knowledge about the benefits of a diversified Thai rice supply, several strains of which are able to resist pests and diseases.

I want to share with you a story of some corn growers who have been developing their own corn strains. They did this as a challenge to the agro giants, but they were arrested for selling the seeds outside of their community. Eventually, they won their court battle after it was proven their seeds contained different DNA from those produced by the companies. But by that point, their seeds had expired.

Will history repeat itself, with rice farmers facing the same fate as corn growers? It is common knowledge that, when purchasing commercial seeds, farmers need to take out loans that come with mandatory packages, inclusive of fertilisers and pesticides. In the end, farmers can hardly avoid the loan trap.

With regard to rice and its promotion, I think we have to think beyond the export market. Decision makers need to consider why we have so many rice strains that can be developed using organic farming methods. This could create a niche market for domestic consumption, with only the surplus exported.

We don't have to have one, or just a few, key for-export strains, such as India's basmati rice. The Indian government earlier banned rice exports to ensure the country had enough for domestic consumption, but later lifted the ban. Meanwhile, Thailand's high-quality jasmine rice has its own markets as distinct from those for lower-quality white rice.

My point is we should not compete in cheap rice markets. Instead we should make good use of our diverse rice strains, creating new, different markets. There are so many strains that farmers plant for their own consumption, including the khao paa tan and khao ngiew ngoo strains that are planted by locals in Payao's San Pa Taeng village. The farmers have kept the strains, which can resist pests and disease, for generations. They plant the so-called kor khor rice, as advised by the state, for sale.

I strongly believe it would be of great benefit if we could develop traditional rice strains with new production techniques. Groups of organic farmers in Suphan Buri who work with the Khao Kwan Foundation plant hom pathum and hom nil strains for Nueng Banchong Co, known for its distinctive marketing tactics. One condition is the farmers have to play songs by famed musician Boyd Kosiyapong for their rice! It should be noted there are a number of companies including Capital Rice Co that accept organic produce, are developing a niche market and are doing well.

Organic farmers must work diligently to keep pests away from their farms. They have applied several techniques, including using fine nests to catch pests, raising snail-eating ducks in paddies, and getting rid of weeds that grow rapidly just before the harvest. If pests and diseases are too hard to control, they may have to take a break, skipping the harvest for a season.

In Phayao's Chun district, organic farmers get up early to start their work in the paddies. They use fine nests to trap pests, allowing their natural enemies to do the job for them. They use organic fertilisers. They set up a checking system which sees farmers inspect their neighbours' rice fields according to a set timetable. I was told organic farmers can fetch good prices each year without bothering with a second or third crop.

The state can help farmers without issuing new laws. Just provide them with support so they can apply chemical-safe farming techniques before upgrading to organic farming. Currently, some organic farmers struggle to find a market as Thai consumers may doubt their produce really is chemical-free.

If the state wants to support farmers, it must do whatever it can to help them reduce production costs. That would enable to them to depend less on farm chemicals, properly allocate water supplies, and get all the conditions right for chemical-free farming.

Farmers who hew to conventional rice farming are at high risk from these chemicals. The farmers still believe these are necessary unless they want to see their produce destroyed. Numerous farm workers in Ayutthaya's Pak Hai district, who lack any land of their own, were hired to spray these chemicals on crops and subsequently fell sick, with some even dying. One farmer told me he lost a friend for that very reason. He said his friend was aware of the health hazards but had no choice.

Instead of sticking to conventional rice farming, the state should promote rice diversity, help to develop indigenous strains that are especially resistant, and create their own markets, starting domestically.

Why don't we create markets for superb rice varieties that can fetch better prices? Thailand should be like a company that diversifies its product range and creates more brands to answer to different demand.

Thailand should not just seek to maintain its position as a top rice exporter, but branch out to include more diverse rice varieties that are delicious and safe. Farmers could fetch better prices, especially now people are more health conscious. Let's drop the idea of mass production and go niche.