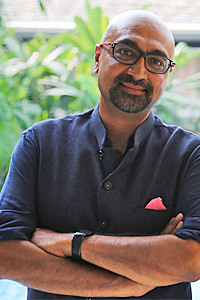 Iraqi Prime Minister Adel Abdul Mahdi holds the world responsible for rebuilding Iraqi cities destroyed in the war to liberate them from the control of the Islamic State (IS). Noting the great sacrifice in blood by Iraqi forces in that war, Mr Abdul Mahdi told a press conference this week, "The world has to repay the favour in terms of the security, stability and stopping the movement of displacement to other countries. The world has to repay the favour to Iraq to rebuild its areas".

Mr Abdul Mahdi is right. The world does have a direct interest in putting Iraq together again: The longer war-ravaged cities like Mosul remain in ruins, the more bitter their populations will become, and the more susceptible to the ideology of resentment and revenge peddled by terrorist groups. A revival of the IS and al-Qaeda in Iraq would endanger us all.

But here's the problem: The world can't help Iraq when Mr Abdul Mahdi is so obviously uninterested in helping his own countrymen. His government's desultory reconstruction efforts are evident in western Mosul, which suffered the greatest damage during the war. Nearly two years after its liberation, large parts of Iraq's second-largest city remain almost exactly as they were when IS forces were ejected -- in ruin.

Estimates of Mosul's reconstruction cost range from US$1 billion to $2 billion. And yet, Mr Abdul Mahdi's government, has only allocated $120 million for Nineveh province, of which Mosul is capital, in this year's budget. This is a pitiful sum for Opec's second-largest oil exporter, with monthly export revenues of about $8 billion.

In contrast, international donors -- ranging from the European Union and the World Bank to the US, UK and other countries -- have committed hundreds of millions of dollars to repair the city. (At a conference in Kuwait last year, international donors promised $30 billion for the overall rebuilding of Iraq.) But donors say Baghdad is a bottleneck: Mr Abdul Mahdi's government is too incompetent to disburse the funds. At a conference in the Iraqi city of Sulaymaniyah last week, the EU ambassador was blunt in his assessment: the government, said Ramon Blecua, had failed to "come up with a real action plan for Mosul", leaving EU-funded projects stuck in the pipeline.

Other participants at the Sulaimani Forum worried that Baghdad's incompetence would drive away donors: other crises, in much poorer countries (Yemen, for one), will make demands on their attention and aid.

Still others were concerned about the social and sectarian consequences of Mr Abdul Mahdi's inattention to reconstruction, noting that he risks frittering away the enormous political dividend of the IS's defeat. The population of Mosul and the other IS-captured cities is, for the most part, Sunni. Although neglected by the post-Saddam Shia-led governments in Baghdad, they had become more favourably disposed after their liberation by Shia-majority Iraqi forces (with the assistance of US airpower and training). In last summer's general election, Mosul showed its gratitude by voting for the then-prime minister, Haider al-Abadi, a Shia.

But the goodwill is fading. The National Democratic Institute says many in the Sunni areas are losing faith in the government. Ancuta Hansen, the NDI's director for Iraq, warned of a "deepening pessimism" as Sunnis struggle to rebuild their homes and find jobs.

We've seen this movie before, and we know the sequel. The IS is already making a comeback in parts of Iraq, stepping up a campaign of suicide bombings and intimidation. It already has a large pool from which to recruit new fighters: tens of thousands of Iraqis accused of helping the IS are crammed into isolation camps, which draw inevitable comparisons to Camp Bucca, the US-managed prison where the leadership of the terrorist group hatched their plans for jihad. The longer Baghdad drags its feet on reconstruction, the larger that pool will grow.

Mr Abdel Mahdi is right that the world has a responsibility for Iraq's reconstruction: that responsibility begins with pressuring him to do his part. - BLOOMBERG OPINION

Bobby Ghosh is a columnist and member of the Bloomberg Opinion editorial board. He writes on foreign affairs, with a special focus on the Middle East and the wider Islamic world.

Member of the Bloomberg Opinion editorial board

Systematic cooperation is needed to underpin the "public health charter" which spells out the bottom-up community efforts necessary for stemming the spread of Covid-19, according to a health expert.