A lift in the trade war gloom
Opinion

A lift in the trade war gloom 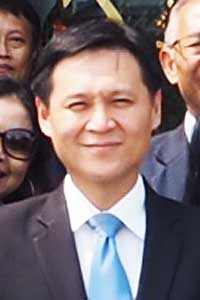 Chinese Vice Premier Liu He gestures to reporters as US Trade Representative Robert Lighthizer (left) and Treasury Secretary Steve Mnuchin look on during a break in trade negotiations in Washington in October. (Reuters file photo)

The news of a trade deal between China and the United States last week cheered markets and lifted the economic gloom -- even though it is only tentative and limited.

The deal is basically a swap of US tariff reductions in return for China spending more money on US goods, tightening its intellectual property protections and opening its financial services markets.

Although the agreement is not due to be signed until January, the US didn't proceed with tariffs scheduled to come into force on Dec 15. Ir also cut other tariffs from 15% to 7.5%, while China cancelled its planned retaliatory tariffs.

China's official position has been that the agreement is in line with the opening up of its economy and the deepening of its economic reforms. Increased imports of high-quality products from the United States and elsewhere will "meet the growing needs of the people for a better life", according to Wang Shouwen, a deputy commerce minister and trade negotiator.

"It at least stabilises the situation and lays a foundation for the next round of trade talks or canceling additional tariffs in the future," said Tu Xinquan, a professor at the University of International Business and Economics in Beijing.

However, there is also cynicism about the move, as expressed by former commerce minister Wei Jianguo. He described the reported deal as reflecting "a shift in the philosophy of US authorities, a departure from their boastful confidence when they initiated the trade war".

On the other hand, the nationalistic Global Times called the agreement a new beginning.

"China and the US have been locked in a trade war for about 20 months and neither side could overwhelm the other to recklessly impose its own will on the other," the newspaper said.

It is important to remember, however, that this is only phase one of the negotiations. Other more contentious issues have been left for later. They include China's subsidies for state enterprises and its technology transfer practices, which will be covered in phase two of the talks.

On the US side, some have predicted that these negotiations may drag on until after the 2020 presidential election.

Let's hope that isn't the case as the trade war is dragging down the global economy -- not least Thailand which is heavily dependent on exports.

Suwatchai Songwanich is an executive vice-president with Bangkok Bank. For more columns in this series please visit www.bangkokbank.com