Don't leave the poor kids behind 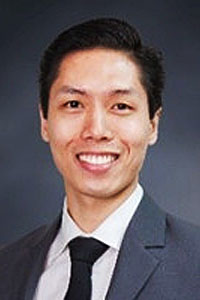 In less than three months, the coronavirus disease has spread fast and furious, wreaking havoc across the country in ways unimaginable. Responding to the avalanche of threats, authorities have thrown down the gauntlet and rushed to open the spigots of support measures to keep society and the economy afloat.

Among those hard pressed by the outbreak are children from low income backgrounds. But have they got the assistance they needed or simply been left behind?

Thailand detected its first Covid-19 case on Jan 13. The highly contagious coronavirus has infected over 1,700 people, caused at least 10 deaths, incapacitated movement and assembly, suffocated businesses and left millions out of work.

As businesses grind to a standstill, the Bank of Thailand (BoT) revised downward its GDP growth forecast for 2020 from a 2.8% expansion to a jaw-dropping 5.3% contraction.

On the fiscal front, the government has unleashed multi-billion-baht stimuluses. They include a 50-billion-baht cash handout scheme to helicopter 5,000 baht per month for three months to three million informal workers.

Also, billions of baht in soft loans have been made available for virus-hit individuals and businesses, alongside tax breaks and deferrals in tax filing. On the monetary front, the BoT has twice shaved the policy rate by 25 basis points since the beginning of the year to a record-low 0.75%. The central bank further ramped up liquidity in the debt market by purchasing government bonds, ceasing the sales of BoT debentures and setting up a special facility for money market and daily fixed income funds.

In the face of the maelstrom, there are legions of stakeholders the government has to care for -- workers living from paycheck to paycheque whose source of income has dried up, business operators who have seen their revenue dwindle and are on the brink of collapse, and doctors and nurses who are wrestling day and night on the frontlines against the invisible, but not invincible, enemy.

There is another stakeholder we must not allow to get lost in the mix -- students, especially those from the lower socio-economic class.

The state-run Equitable Education Fund (EEF) is expediting disbursement of subsidies of 3,000 baht per student, originally earmarked for the upcoming semester, for 711,536 vulnerable children and youths in 27,805 schools nationwide.

The normal disbursement process takes months after schools reopen. The fund will also hike grants for at least 40,000 pre-kindergarten students from impoverished households in schools under local administrative offices.

Supakorn Buasai, Managing Director of EEF, said these students are at risk of both health and economic degradation. Their families are, by and large, living from payday to payday. Some 22% of their wages go toward their children's studies. The losses of earnings due to Covid-19 would only put added strain on their livelihoods, meaning they may no longer be able to afford to send their children to school. Some 670,000 students are already missing out on formal education each year. That figure stands to rise in the next academic year, which begins in mid-May.

Meanwhile, Professor Somphong Chittradub, adviser to the EEF, said there are 6,000 to 10,000 out-of-school children working on the streets of Bangkok. They permanently entrench themselves in the capital and live from hand to mouth. As the pandemic strikes, they are coerced to stay home, thus losing out on income. Worse yet, they live in crowded conditions and lack the knowledge and protective gear to keep themselves safe. Since they are in the bottom one-fifth of society, they often slip through the cracks of the state welfare system.

To ameliorate their plight, the EEF has partnered with the public sector and philanthropies, such as the Foundation for the Better Life of Children, on two intervention stages -- immediate and recovery. The first stage involves providing relief bags with daily necessities and food to the children working on the streets of Bangkok during this challenging time. The second stage is about giving subsidies for their education.

Despite the EEF's efforts, we also need constructive government measures to blunt any educational disruption, as the new school calendar is less than two months away. A failure to act will foment profoundly lopsided effects on the haves and the have-nots.

As we stay on course to flatten the Covid-19 curve with the "stay home" campaign, adjustments to education are inescapable. Schools may transition from onsite to online learning to preempt congregations and feeding the virus.

Not to forget the free lunches vulnerable students will be missing out on if they cannot go to school, as well as the added burden on their parents as they grapple with supervising their kids at home. According to the Programme for International Student Assessment, Thai students from the bottom socio-economic quartile are, academically, two years and four months behind their peers in the top bracket. Any inability to set up the right antidotes will grow this education gap even further and aggravate the already dire state of social division, economic inequality and intergenerational poverty.

Remember the name of the government's website to register for 5,000-baht handouts? It means: "We will not leave anyone behind." Let's hope the marginalised children and youths will, too, not be abandoned.

Bundit Kertbundit was a reporter at the Thai Public Broadcasting Service and wrote articles for the Business Post.

Bundit Kertbundit is a contributing columnist and writes about public policies.