NLD prepares for new era of changes and reform
Opinion

NLD prepares for new era of changes and reform

Myanmar's ruling National League for Democracy's electoral victory has emboldened its leaders to press on with major changes, including at the very top of the government. There is likely to be a new president -- though Aung San Suu Kyi in her role as State Counsellor will still effectively be running the country -- and a new look cabinet. In the meantime there is also likely to be a changing of the guard in the country's all-powerful military, or Tatmadaw. 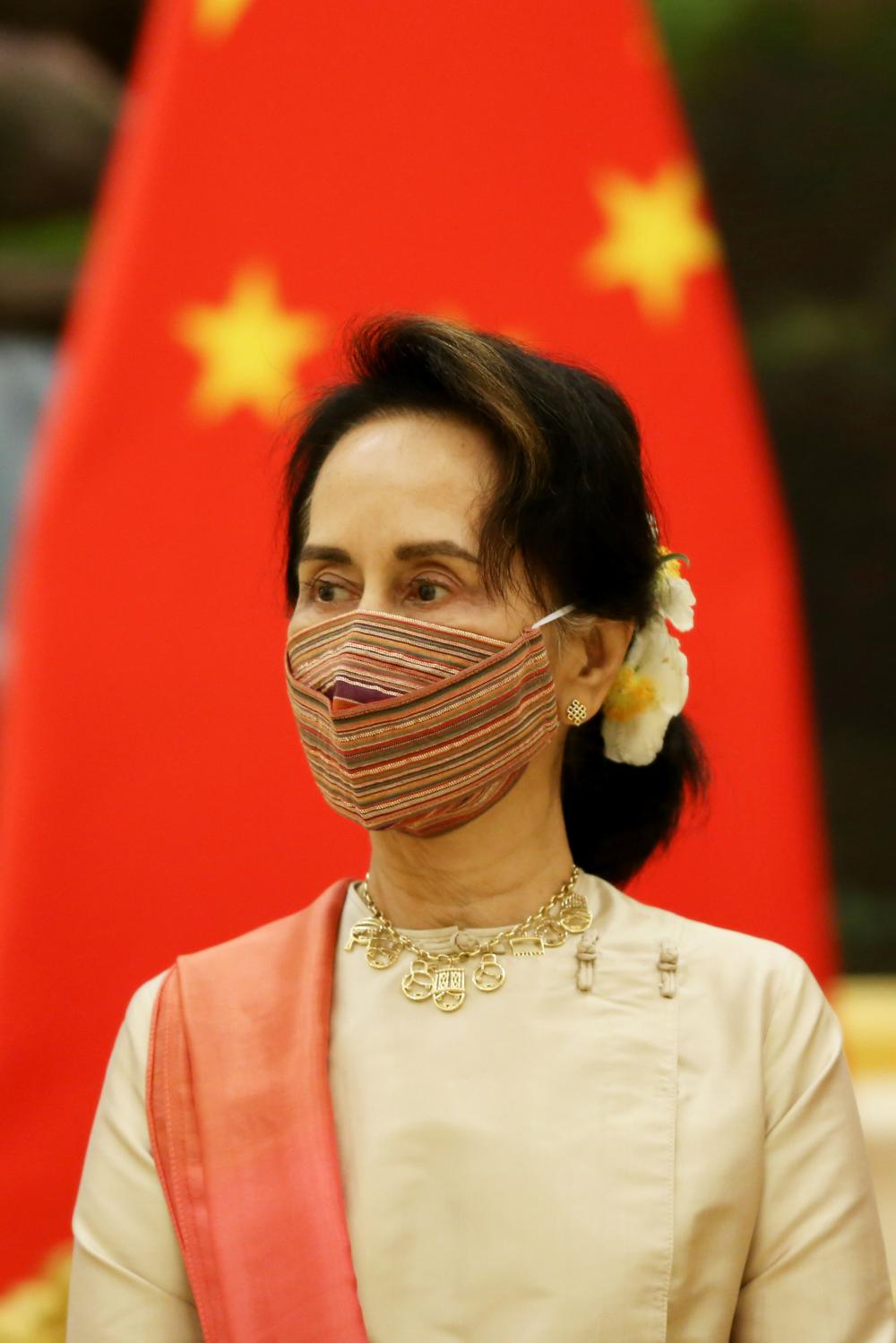 Suu Kyi: Governs behind the scenes

So far the NLD leadership -- and the government -- are remaining tight-lipped on the changes that may be in the pipeline. They are undeterred by the growing cacophony of speculation in the media and social media as to who is being tapped up to take the top posts and ministries. But hints nevertheless are beginning to point to potential changes, and certainly a fundamental shift in approach and policy.

There are three key NLD leaders in line to be president, according to sources close to the party's top bosses: the current President Win Myint -- who took over mid-stream from President Htin Kyaw, who ostensibly retired for health reasons after two years; Dr Zaw Myint Maung, currently the Mandalay Chief Minister and effectively the NLD boss under Ms Suu Kyi's leadership; and Su Su Lwin, a prominent NLD MP and the wife of Htin Kyaw -- she is also the daughter of one of the original NLD founders, U Lwin.

But the odds are shortening on the former first Lady becoming Myanmar's first female president. "If she is chosen as president we can show Asean and the world that there is serious change in Myanmar," said an NLD source. "The first woman president in Myanmar, would be a very good image for Myanmar moving forward: a modernised Myanmar, where women are at the forefront of power and change in the country."

The other critical consideration for the party, is an overhaul of its internal dynamics -- the need for a new approach and relationship with the electorate as a whole -- not just its members and supporters -- relations with the other political parties, especially the ethnic political parties, coordination and cooperation at the regional and state administration and parliaments, bringing in new and "younger blood" and above all preparing for 'succession' from the very top down.

Because of the peculiarities of the pro-military constitution of 2008, the country's president cannot control the party's day-to-day affairs. This tends to rule out Zaw Myint Maung -- who as Mandalay Chief Minister has been a very effective party leader in the last few years -- and is the steady hand needed to steer the NLD ship through the next turbulent five years of change and internal rejuvenation. There are also some questions hanging over his health, though friends and associates of his in Mandalay insist he's virtually back to full health.

President Win Myint -- who was the lower house speaker before being elevated to the presidency -- has had a lacklustre last few years and is expected to recede into the background. He is expected to be more heavily involved in the party matters along with the Mandalay Chief Minister. Some sources suggest that he will become the "alternate" or deputy speaker in the lower house and therefore manage to still be active in the party.

Meanwhile the other crucial concern of the NLD will be future civilian-military relations. The current Commander-in-Chief, Senior General Min Aung Hlaing, is due to retire at about the end of June next year. Speculation is also swirling on social media about his future. It is believed that he has been tempted to extend his term by another five years -- as he did in early 2016, before the NLD was sworn in as the government -- but this time he would find it hard to have the NLD government accept it.

It would have to go before the National Defence and Security Council for approval, chaired by the president. While the military members are the majority on this body -- decisions have hitherto been taken by consensus, and the current government has sidelined the organ since taking office in 2016 for that reason. However if this was brought before it, it would certainly cause a irreconcilable ruction between the two sides, precipitating a major constitutional crisis.

"The election result is a significant rebuff to the military, and has immeasurably strengthened the NLD's mandate for change. The military will have to think twice before openly challenging this government in future," Dr Sasa -- a leading Chin activist and member of the NLD's election committee in Chin state told the Bangkok Post in an interview. "But the approach to the military must also be conciliatory and cooperative."

Sources close to the military believe the senior general will reluctantly accept the post of vice president, the one that is appointed by the military themselves -- the other two are elected by the upper and house of parliament respectively, before a joint sitting of parliament elects the president from the three vice presidents. He may actually still be eyeing the top presidential post, military sources suspect, but this would be "pie in the sky", according to political analysts and diplomats based in Myanmar.

The NLD is now in full swing sorting out its policy priorities and preparing the ground work for the appointment of ministers to the national cabinet and chief ministers for the state and regions.

At a press conference earlier this week, Zaw Myint Maung told journalists there would be changes in key ministries, and at local level, but that these will be carried out on the basis of input from the public. Some ministers and chief ministers would be reappointed, according to party insiders.

There would be more party representation in the national cabinet, according to another central executive member. This was a bone of contention between the NLD party leaders and the cabinet last time. This time, while there would be more political appointees, the greatest consideration would be given to their capacity and capabilities, he said.

"The minister's role is to make decisions on political affairs, so there should be some politicians in office. But we also need experts in various fields to contribute towards nation-building … an equal proportion of politicians and industry experts will be selected to fill the ministers' positions," said Zaw Myint Maung.

"Unlike last time the State Counsellor will personally lead a team to select and form the governments of Myanmar's state and regions," Monywa Aung Shin, the party spokesperson, told journalists in Yangon last Monday. After their selection, vetting and appointment transition teams will be established at the state and regional level and at each ministerial level nationally. These transition teams are hoped to be in place early in the new year so the new government can be fully prepared when it officially takes office at the beginning of April.

Already the ruling party is sounding a new tone, stressing its accountability to the nation as a whole. The NLD, as it prepares to form the next government, has been stressing its role is to protect everyone -- not just those who voted for them. "We will dutifully serve the people in return for their votes in the election," said a recent party statement. It promised to fully implement its 2020 election manifesto.

The National Communicable Disease Committee proposes shorter restaurant hours and school and amusement park closures until the end of this month to contain Covid-19.