The Mekong's calling you, Sue Perkins 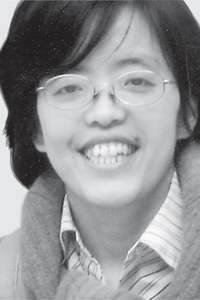 In this file photo from February, a villager steers a boat where the future site of the Luang Prabang dam will be on the Mekong River in Laos. The Thai government and corporations are among the most vociferous proponents of dam projects in the country. (Photo: Reuters)

When my award-winning investigative journalist friend Supara Janchitfah first suggested Sue Perkins' name during our conversation on the Mekong, I thought she was making a joke. Or perhaps being satirical. What could a British comedian hosting a baking contest show contribute to helping locals in Southeast Asia thousands of miles away?

Upon finishing the four-part series of The Mekong River with Sue Perkins (2014), I realised my initial presumption was wrong. Yes, let's invite, persuade, plead for Sue and the BBC team to come back and do Season 2 in order to highlight the present crisis of the Mekong to the whole world.

Although Season 1 already showed glimpses of imminent threats to the ecology and people's livelihoods sweeping through the Mekong region, I believe a sequel would be a much spicier dish to serve. At least half a decade ago Sue could still relish, joking heartily while learning from her local informants how to harvest the bounty of the Mekong, be it rice stalks in the Mekong Delta, fish in the Tonle Sap, or the kai riverine seaweed in Laos. Through her engaging, bubbly personality, we witnessed the myriad hand-to-mouth ways of living, and at the same time grew to appreciate the deep bonds the native people have with the river that has been tirelessly giving so much for millennia.

Alas the "new normal" of the Mekong and her offshoot tributaries has been a rapid decline from worse to almost the point of ecological collapse. What might Sue discover: an anaemically blue Mekong deprived of all its nutrients, that acts bipolar, switching regardless of seasons between sudden deluges and drought, depending on the whims of the dam operators upstream. The Tonle Sap, the pulse of the about 4,900-kilometre river, is in a coma, barely breathing with few fish even in the midst of the monsoon season. Up and down the Mekong, local fisherfolk return home after a whole day with mostly empty nets. Wetlands along the branch rivers, once used as sanctuaries by migrating fish, have become uncharacteristically dry and almost barren.

In Episode 3, Sue visited the construction site of a major dam on the mainstream Mekong in Laos. There hydro engineers boasted to her about the state-of-the-art "fish elevator" supposedly able to transport thousands of fish around the concrete structure in one swoop. I would be curious to see how that actually works. In early March, hundreds of northeasterners staged a rally in Bangkok and one of their major complaints was the drastic decline of fish stocks downstream. The Thai government has been spending hundreds of millions of baht of taxpayers' money every year to propagate fish to release in public waterways, with a high non-survival rate of 70-80%. Were these expenses included in the "costs" of the dam in the first place?

For unknown reasons, Sue skipped Thailand in Season 1. But for the follow-up, I beg her to include us too. To diagnose the causes of the Mekong's malaise, we need to step back and look at the transboundary flows of capital and energy policies. The Thai government and corporations are among the most vociferous proponents of dam projects in Laos, at the expense of our own people. Perhaps Sue might be able to explain to me why we keep purchasing more electricity from Laos, which translates into building more dams, when we already have more than 50% surplus. A Thai cabinet minister recently announced a plan to sell some of the excess power to Singapore. But who will pay for the transmission lines? And what to do with this wastage of electricity along the way?

As a side trip, Sue might also help the Thai Tourism Authority spread the word about our country's "new-normal festivals". No, I am not talking about the blue Mekong, a sign of the river suffering gravely from "sediment starvation", which was promoted by some local tourism offices as a new attraction. Here, I am referring to the new "joke" shared among people along the Mekong that they might soon have to switch between how they celebrate Songkran -- which in recent years has arrived with sudden floods of water -- and Loy Krathong, when water levels have become increasingly low.

I am not sure if Sue and the BBC documentary production team would be allowed into China considering the country's recent spat with BBC journalists. But I would love to know what has happened to the locals living in the watershed areas of the Mekong, who have been evacuated due to mega dam projects. How are they coping with their new ways of life, being severed forever from their cultural roots and natural surroundings?

Indeed the very last episode in the first season was an eye opener for me. Sue learned that the local Tibetan Chinese have a deep reverence for the Mekong and refrain from damaging or polluting the river so that folks downstream can also enjoy "clean drinking water". This sense of interconnectedness, between humans and nature, between humans upstream and downstream, seems to be a common trait among those whose livelihoods have been intertwined with Mother Nature. They even share the same name of the deity that protects the river: The Nagas.

Towards the end of the series, Sue said she was surprised to discover how the time she spent with the people and on the river had transformed her. I can only hope that if and when Sue Perkins comes back to chronicle the tales of this region again, the Mekong will not have reached the point of no return.

Vasana Chinvarakorn is a freelance journalist/translator, formerly a features writer in the newspaper's Outlook section.

Give private jabs a shot