Some people say that to avoid the threat of catastrophic harm to human welfare posed by global warming, we must radically change our behaviour -- cease flying, use bicycles, and give up red meat. Others believe that new technologies can deliver carbon-free growth. So, who is right: Greta Thunberg, who advocates the former course, or Bill Gates, who just wrote a book advocating the latter?

In the long run, techno-optimism looks justified. As two new reports from the Energy Transitions Commission describe, zero-carbon electricity and hydrogen, which today account for only 20% of energy use, could account for 75% by mid-century, and clean energy will be cheaper by then than dirty energy is today. Solar electricity already costs less than coal power; battery costs have collapsed and will keep falling. The cost of producing hydrogen from electrolysis will plummet in the next ten years, too.

A massive increase in global electricity production will be required -- from 27,000 terawatt-hours today to around 100,000 TWh by 2050. Total battery capacity will soar, and huge investments will be needed in expanded transmission and distribution networks. 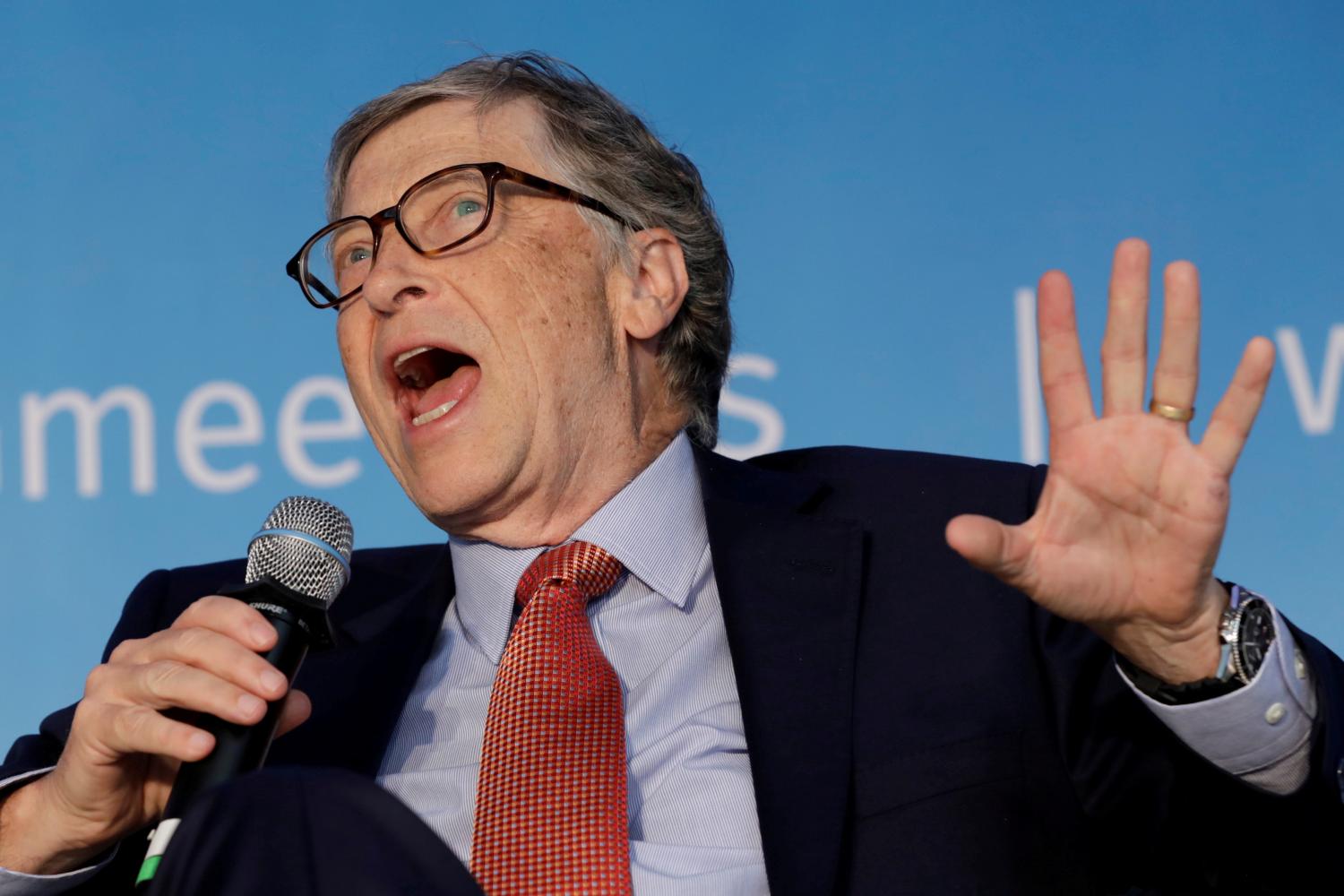 But there are abundant natural resources available to support this "green" electrification. Each day, the sun provides 8,000 times as much energy as the entire human population needs for a high standard of living. Even if all of the 100,000 TWh of electricity came from solar resources (and none from wind), we would only have to cover about 1% of the world's land area in solar panels.

Nor is there any ultimate shortage of the key minerals required. Two billion electric cars each with a 60 kilowatt-hour battery would require a stock of 15 million tonnes of pure lithium, which, once in place, could be endlessly recycled. Today's known lithium resources are 80 million tonnes. Supplies of nickel, copper, and manganese are also plentiful, and concerns about cobalt supplies have unleashed technological progress which makes possible zero-cobalt batteries.

In everything connected with converting photons to electrons and electrons into what physicists call "work" (driving engines) or into heat (or cold), there are no long-run planetary boundaries to human living standards. By 2060, we will be able to enjoy guilt-free flying, guilt-free heating and cooling, and guilt-free economic growth. But, for two reasons, we still face potential disaster, with a dwindling chance of limiting global warming to the "well below 2ºC" promised by the 2015 Paris climate agreement.

First, we have left it desperately late to act. If rich countries had committed in 1990 to achieve zero-carbon economies by 2030, we would already be approaching that goal and global warming would be decelerating. But we didn't, and from where we are now, we should ideally cut carbon dioxide emissions by 50% in the next 10 years. Achieving a cut on that scale is much more difficult than getting to zero emissions by mid-century. Even if all new cars sold in 2030 were electric, most cars on the road then would still have internal combustion engines spewing CO2 from their exhaust pipes. And even if all growth in electricity supply is now met from zero-carbon sources, closing already existing coal plants in India and China will take time.

The second threat lies in our food and land-use systems. The challenge is not how much energy we consume in food form, but how inefficient we are in producing it. If all of the world's nine billion people in 2050 had an adequate intake of 2,200 calories per day, that would require 7,400 TWh of energy, or only about 6% of likely non-food energy use. But while we can use clean electricity to meet most of what we require for heating, cooling, industry, and transport, we cannot substitute electrons for the carbohydrates and proteins in the food we eat. Instead, we derive food from photosynthesis of plants, which is far less efficient than converting photons into electrons in a solar panel.

Research by the World Resources Institute shows that even fast-growing sugarcane on highly fertile tropical land converts only 0.5% of solar radiation into usable food energy. By contrast, a field of solar panels can achieve 15% efficiency, increasing over time with technological advance. And when we use a cow's stomach to convert plant protein into meat, we lose over 90% of the stored energy. As a result, food and fibre production is by far the main driver of tropical deforestation. Along with methane emissions from farm animals and nitrous oxide emissions from fertiliser, deforestation accounts for 20% of all greenhouse-gas emissions and threatens to create feedback loops that accelerate global warming.

In the long run, new technologies will probably solve this problem, too. Synthetic meats produced using precision biology require 10-25 times less land than animal-based production, and if synthetic techniques become more efficient while cows do not, they will eventually be lower cost. By mid-century, Mr Gates may be proved right and Ms Thunberg too pessimistic even in relation to food and land use. All production ultimately depends on knowledge and energy, and there is no limit to human knowledge and no relevant limit to the energy the sun gives us for free.

But while rapid technological progress is our best long-term hope for mitigating climate change, Ms Thunberg is partly right today. Living standards in rich countries threaten both catastrophic climate change and local environmental destruction, so responsible consumer choice matters as well. We should fly less, get on our bikes, and eat less red meat. And we must ensure as rapidly as possible the massive flows of finance -- from governments, companies, and individuals -- needed to halt deforestation before it is too late. ©2021 Project Syndicate

Adair Turner, chair of the Energy Transitions Commission, was chair of the UK Financial Services Authority from 2008 to 2012. He is the author of 'Between Debt and the Devil'.

There were 40 more Covid-19 fatalities and 2,331 new cases in the country over the past 24 hours, the Public Health Ministry reported on Wednesday morning.