If you've been a regular reader of mine (and thank you so much if you are), you know I'm a bit obsessed with advertisements. They can be an unintentional source of controversy and comedy, if not done right. Here's a few of modern advertisement that perhaps need a second thought.

Next Generation is a Worry 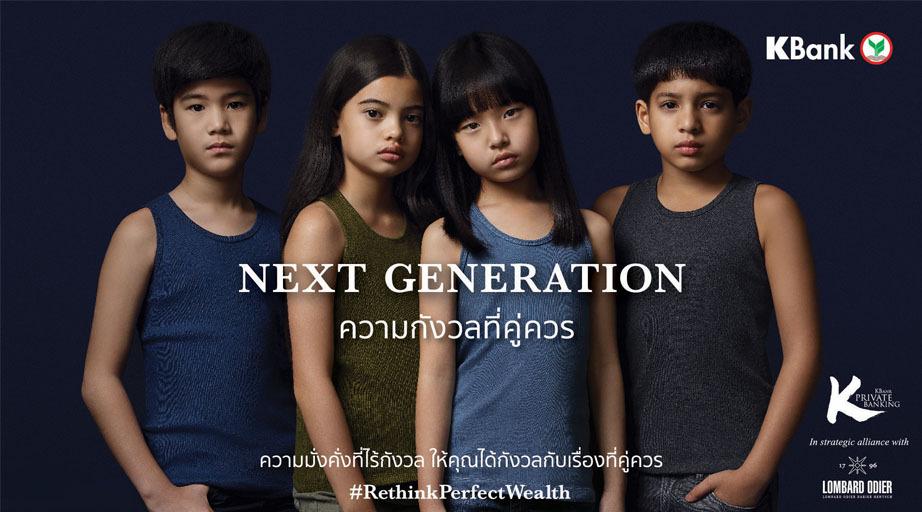 Without any context, what do you think these solemn-looking kids are trying to sell you? A minimalist line from a kid's clothing brand? Some sort of PSA to tell parents to take better care of their children? With the tagline in English that goes, "Next Generation: Worry That's Worth It", I think some of you may even be further confused by it.

You see, this ad by KBank is actually about a private banking service targeted at their very wealthy customers. It focuses on helping them invest in businesses that create a positive impact on society and the environment to "build a better world for the next generation". A very noble sentiment indeed but a confusing poster nonetheless. 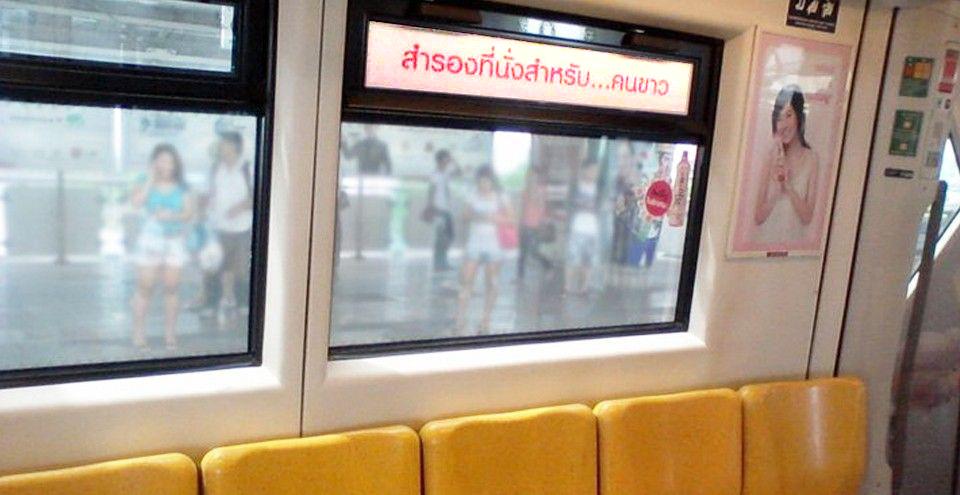 A beauty drink purported to help you achieve a pinkish glow on your skin. Their ad was shown inside a BTS carriage with a message over a seat that goes, "Reserved seat for... people with white skin", a play on priority seating for people with handicaps, pregnant women and elders found in public transport. Eww.

So you're trying to appeal to the middle class or the upper class?

What do you think of Ovaltine? Many Thais probably say kids being active and happy with the help of the chocolate malt drink. Or a drink everyone in the family can enjoy. 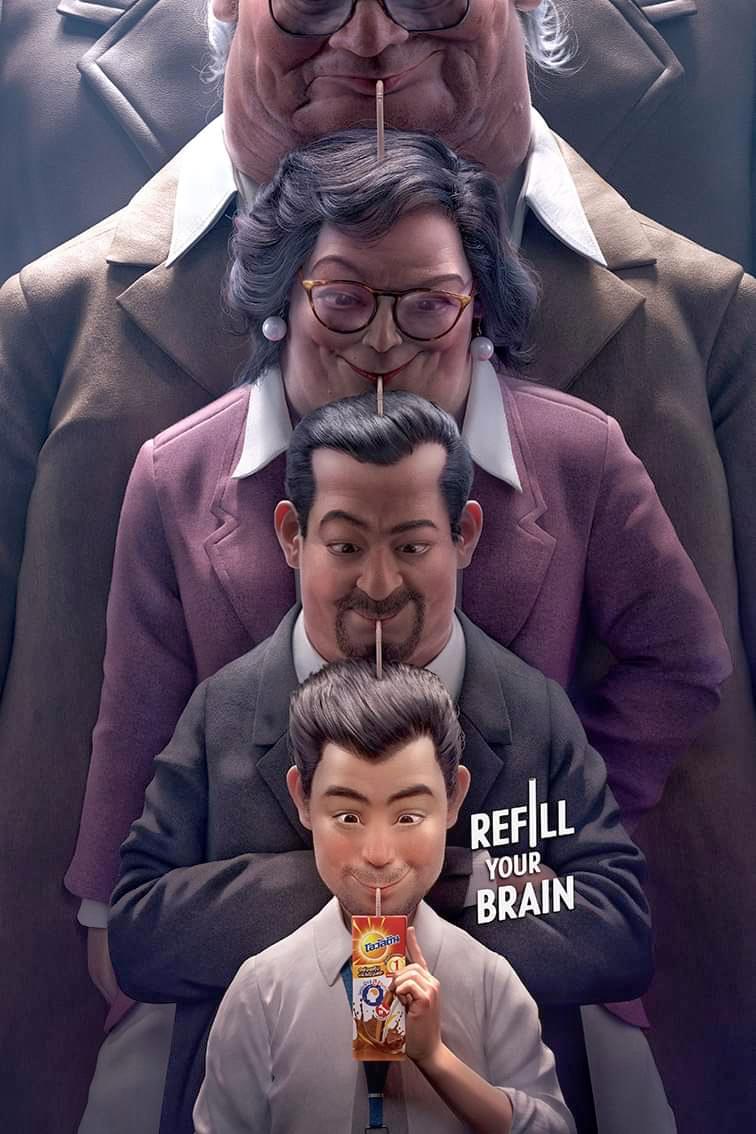 But its latest poster campaign, which was circulated online earlier this week, seems to get a gritty reboot. There are two versions showing a white-collared male in one and a female fashion designer in the other. Both happily and eagerly suck their Ovaltine boxes while having their brains sucked on by their successive supervisors, who increasingly look ominous, in the workplace hierarchy. The tagline is scarily and aptly "Refill your brain" with an extra-long "i" to represent a straw.

The agency explained, in gist, that young workers use their brains to develop ideas, which get passed through many layers of bosses. By the time they reach the ultimate boss, their brains are drained and Ovaltine with vitamin B12 can boost a tired brain.

So that the brain-sucking circle can continue, I guess? I think many would agree with me that the posters look rather bleak like they're meant for horror-comedy movies. They look as if they're a commentary on unhealthy office hierarchy, suggesting that the seniors feed on work done by those who are lower than them in rank on the office echelon. Also, you probably don't want to make your potential customers feel like they're some sort of victims who are constantly being taken advantage of.

I dig the Pixar aesthetic of the characters in these posters and appreciate Karl Lagerfeld and Anna Wintour lookalikes in the fashion designer version, though. But the message that I get from them is too real, man, too real. 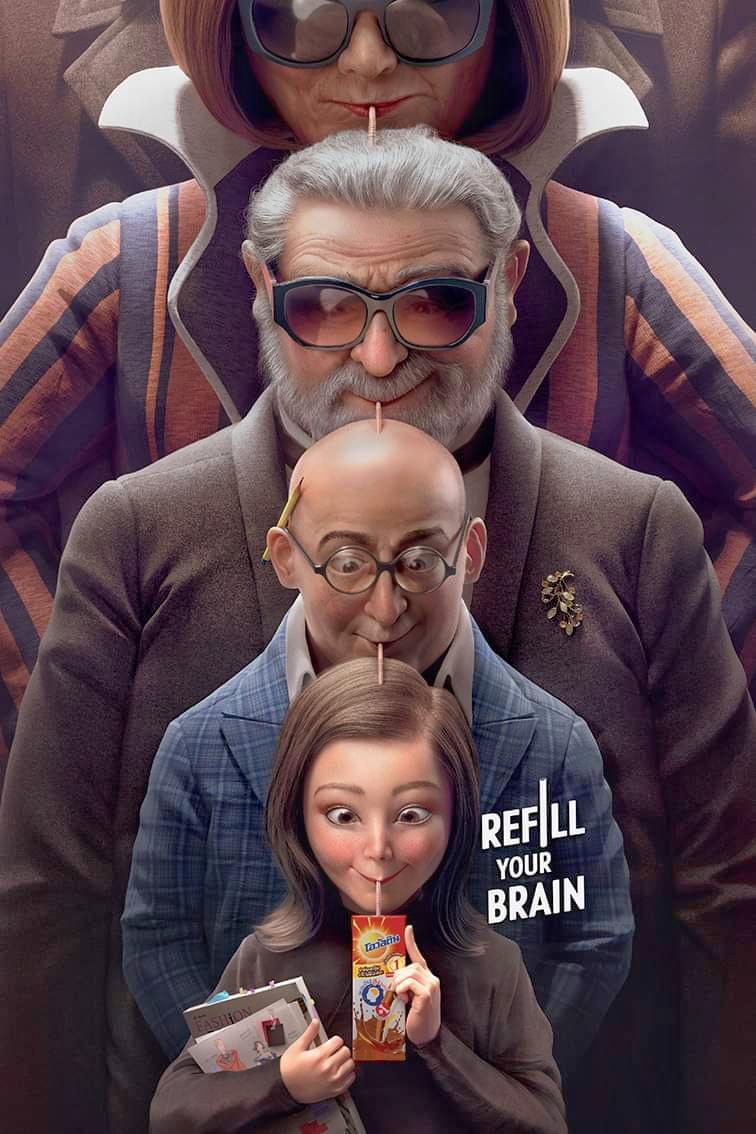