At the risk of sounding nostalgic, I enjoy Googling things from decades gone by (exhibit A: Thai vintage ads in my past editor's notes). The Thai language version of famous Hollywood movie posters is another blast from the past I think is highly underrated, especially if you're a language nerd/film buff. Back then movie posters had to be recreated by Thai artists, who hand-painted them, along with creative copywriters, who came up with catchy titles and taglines in Thai.

Here are a few American films with amusing Thai names for your entertainment.

Apparently, George A. Romero's zombie apocalypse Day Of The Dead needed some explanation as to how zombies would eat you, judging by its local title and tagline. "Tear Before Chomp" is its Thai title while the tagline screams, "Your body will be turned into pieces before they taste it!" 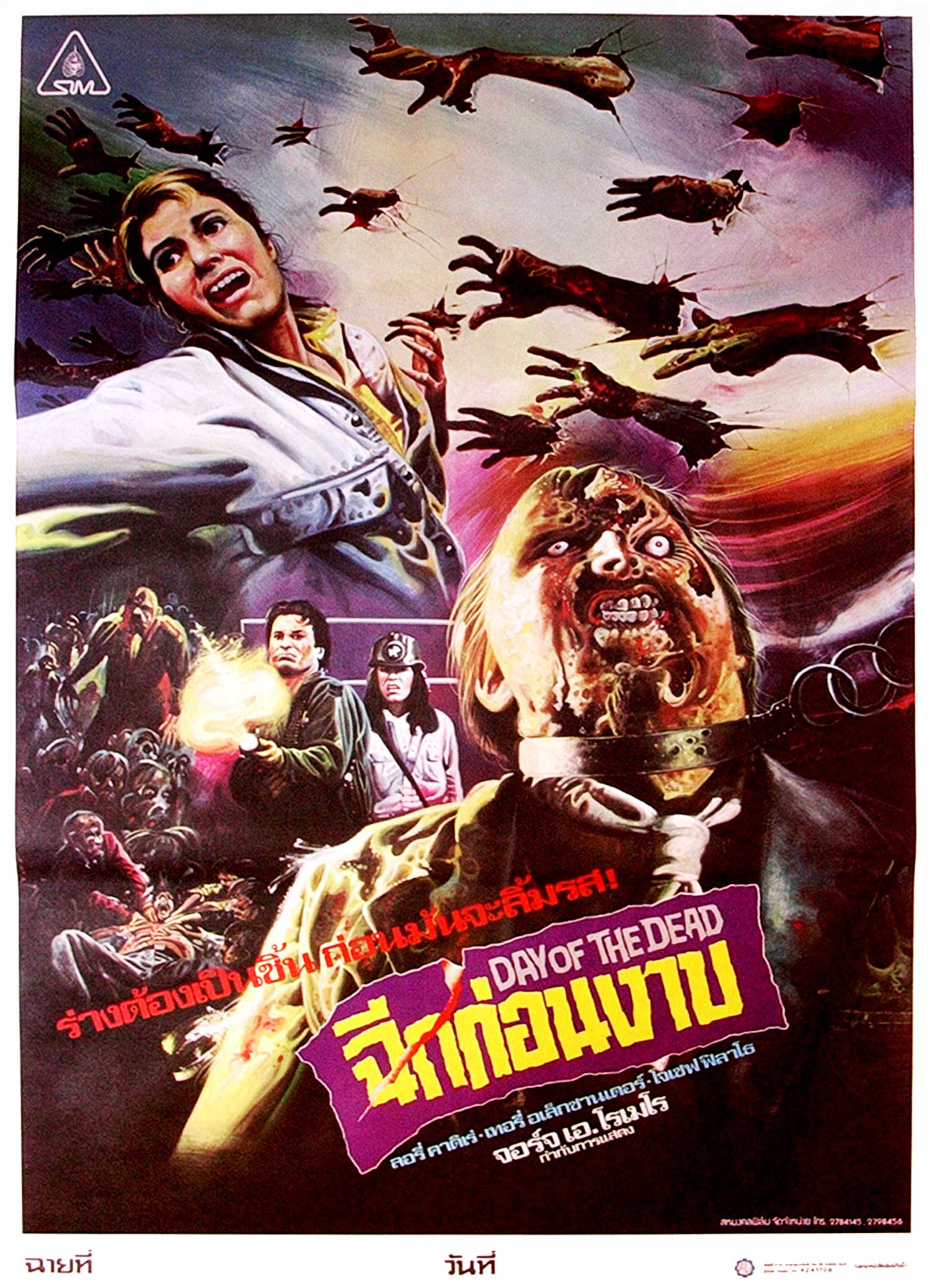 1984's rom-com Splash, starring Tom Hanks and Daryl Hannah, is called "Ngor Ngeuk Leuk Rak" or "Mermaid Who Chooses Love". The copywriter really went for rhyme obviously, but that won't work when you translate it back into English. Cute name, though. Also, this is another case of Thai posters giving away key moments from the film outright. 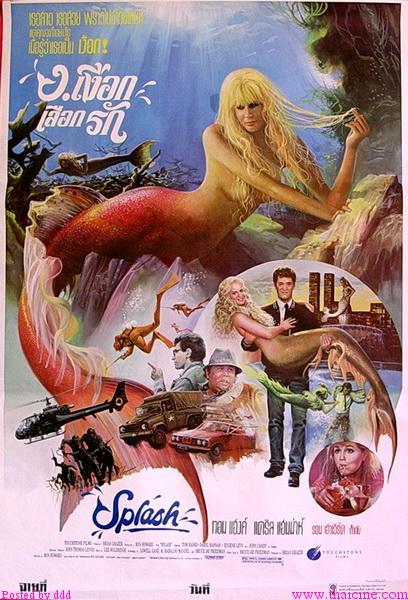 "Blood-Sucking Armpit" is the Thai name of David Cronenberg's body horror film Rabid. Besides capturing key moments from the 1977 film in one poster, it also reveals that the female lead has a blood-sucking stinger under one of her armpits after receiving a radical procedure, following a car accident. Those she feeds on get turned into zombie-like creatures and widespread chaos ensues. You may argue that the title is a bit of a spoiler but if "Blood-Sucking Armpit" alone doesn't pique your curiosity, then I don't know what will. 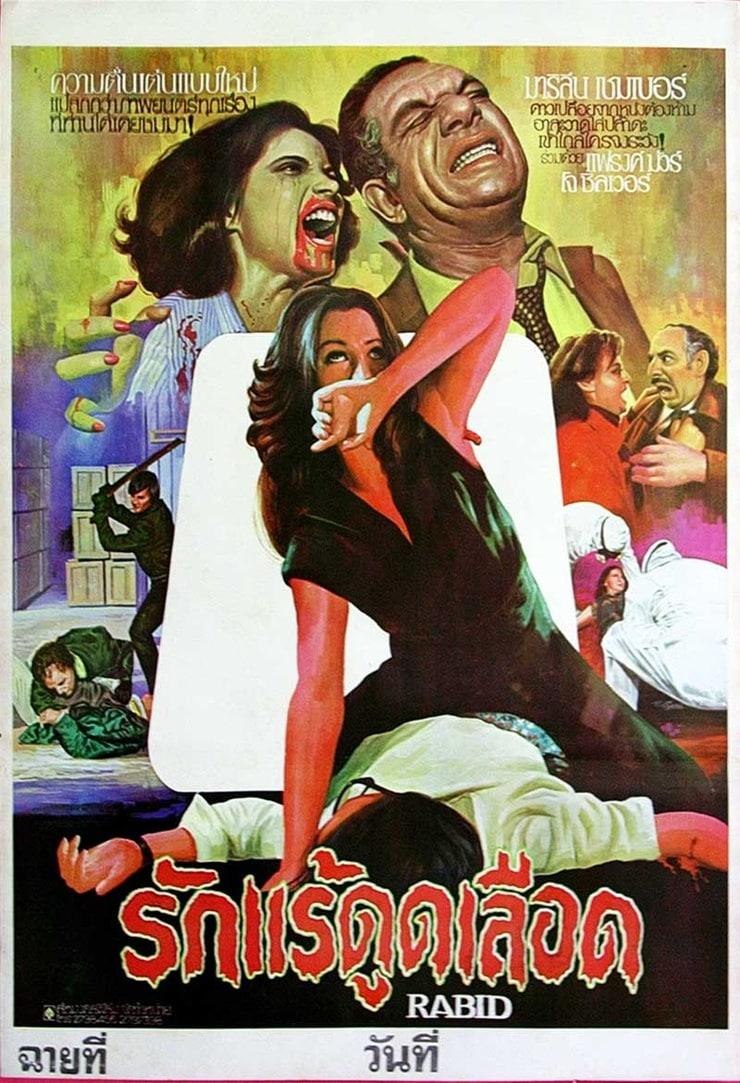 The Return Of Living Dead, Dan O'Bannon's cult zombie flick from 1985, goes by "The Dead Who Forget The Grave" in Thai. The Thai tagline at the top of the poster reads, "Humans, do you know that the dead goes to the grave but they also can rise from it too?". A totally different one from the original and more succinct tagline that goes, "They're back from the grave and ready to party". 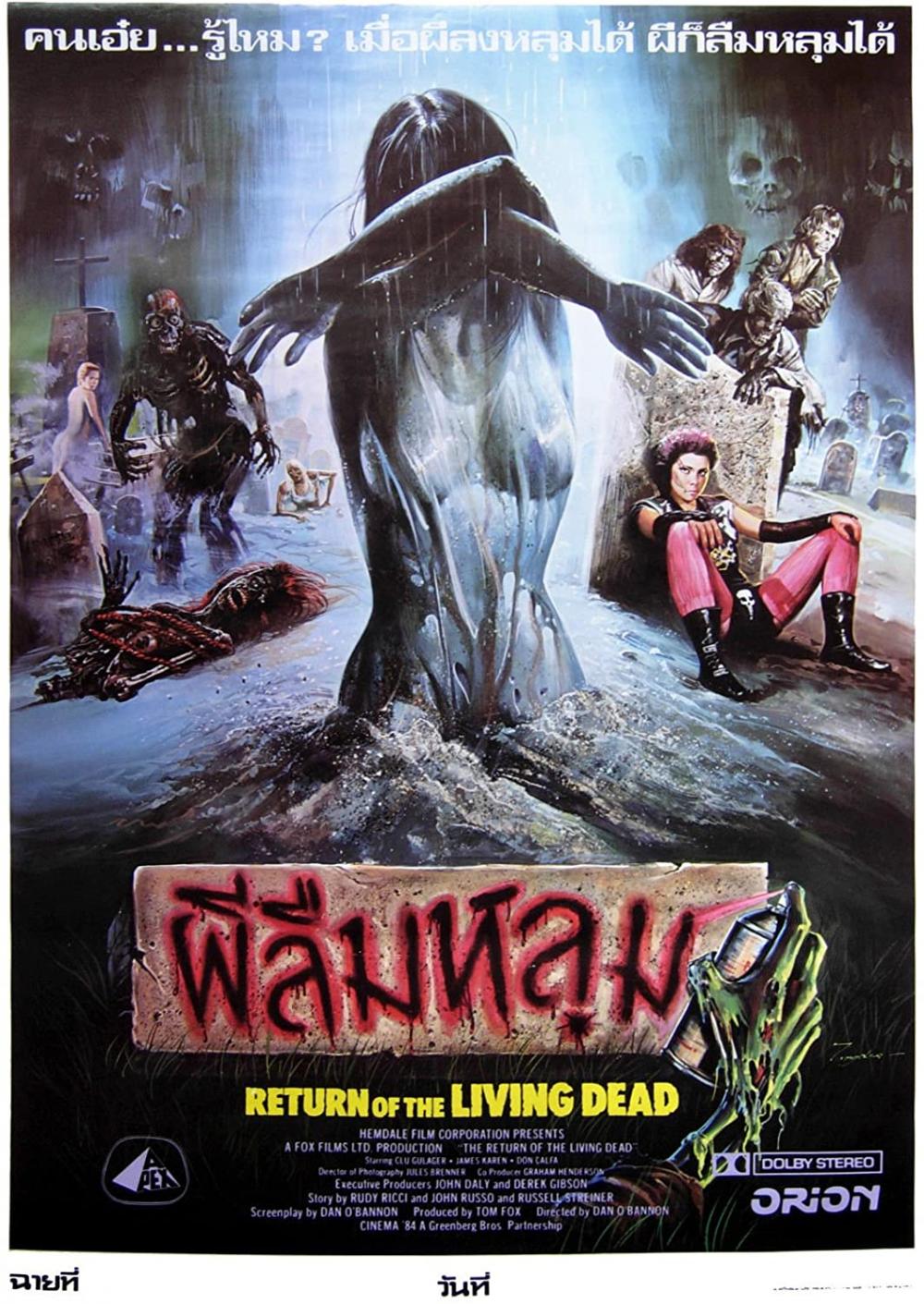 "Lucky That You're Killed First" is a pretty savage Thai title to Wes Craven's The Hills Have Eyes. A fitting one, nonetheless, given what happened in the movie where a nice American family falls prey to a family of cannibals.

Sam Raimi's Evil Dead 2 hit cinemas in 1987 and its Thai poster wins best copywriting from me. In a blood red and scary font, the Thai title screams, "Go Reborn, Damn You!". A bit of a Buddhist concept in a zombie flick. But then, aren't zombies a form of reincarnation? It also links back to the tagline above that goes, "They wait for you everywhere. Even death can't stop them but you may want to whisper to them...". Not so sure about the whisper part since the title has an exclamation mark but put them together and you'll have a pretty funny copy, befitting the comedy horror film. Note that this localised poster threw everything at you compared to the much more subdued theatrical version that showcases only the skull face against a black background. 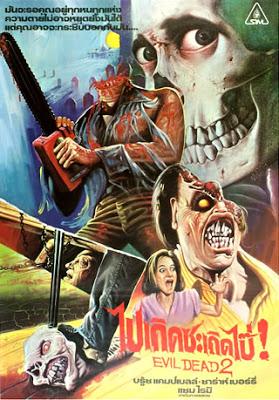 "Steel Man 2029" is the Thai name of The Terminator, James Cameron's sci-fi classic from 1984. Immediately it gives away a key element of the plot since Arnold Schwarzenegger plays the Terminator, a cyborg assassin sent back in time from 2029 to 1984 to kill the mother of a man, who will one day lead mankind in a war against machines in a post-apocalyptic future. The Thai title sticks and Schwarzenegger is practically nicknamed "Khon Lhek" or Steel Man in Thailand. 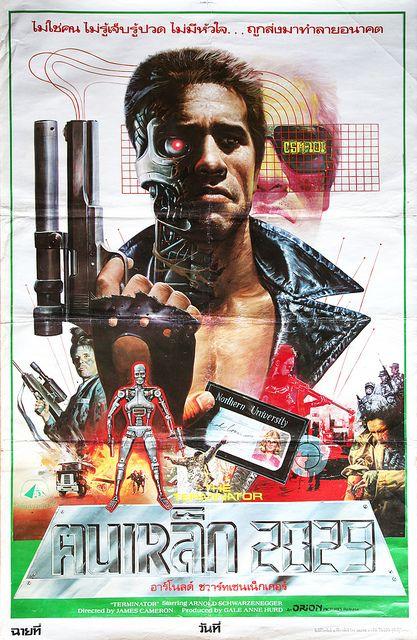 A tortuous, but successful, journey