A cult of nothingness
Opinion

A cult of nothingness

Last week, coup-installed senators convened in the corridors of power. When one senator tabled a motion for the virtuous council, I felt like we had travelled back in time to the Second World War. In 1939, the government of Field Marshal Plaek Phibunsongkhram issued cultural mandates to strengthen Siam in the context of the global war. 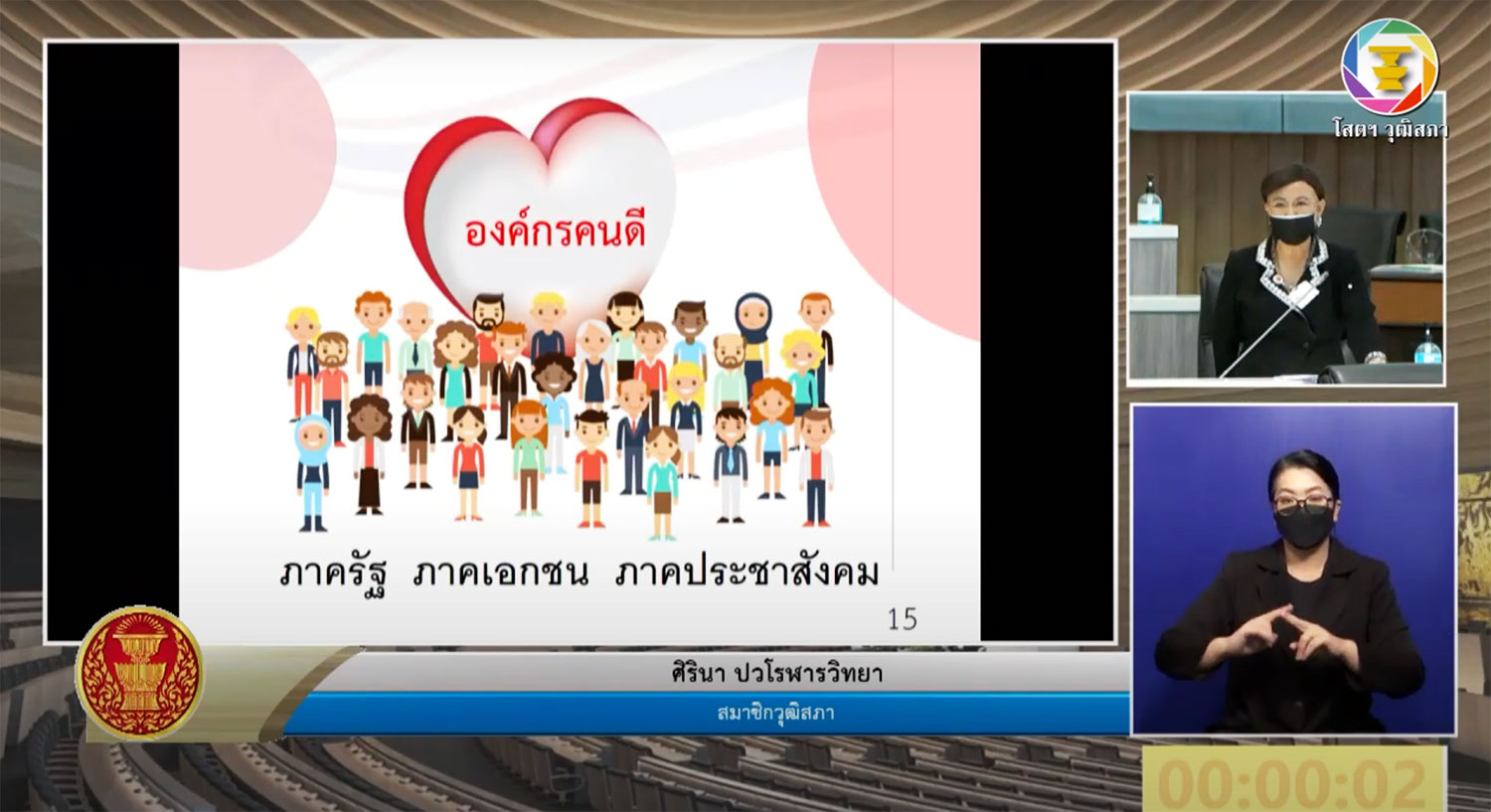 Senator Sirina Pavarolarvidya (upper right) reported on the progress of the national strategy and the country’s reform plan on August 23. Photo from Senate Channel.

It sought to reform the national culture to ensure its progress, discipline, and morality. But let me guess. The bid for a virtuous council is intended for internal politics. It is the last gasp of a declining regime that seeks to reverse the tide of history.

Senator Sirina Pavarolarvidya, the chairperson of the sub-committee on ethics, reported on the annual progress of the national strategy and the country's reform plan. She attributed the current social conflict to the generation gap and proposed that the virtuous council be established to provide role models for every sector of society.

For her, ethics that define Thais encompass five moral principles -- gratitude, discipline, honesty, sufficiency, and a volunteer spirit -- which are born out of the love for nation, religion, and king. She also called for the government to invest in human resources by promoting the public health system and sports. When people are virtuous and healthy, they acquire knowledge and skills. Three points can be seen in her line of thought.

First, the virtuous council is monopolising moral principles in line with the dominant national ideology. The problem is not about being good in itself but forcing others to accept what constitutes goodness. In fact, people define virtue differently and hold other sets of values. Research by Assoc Prof Chulanee Thianthai, lecturer in anthropology at Chulalongkorn University's Faculty of Political Science, shows many digital natives believe moral principles are personal and subject to change upon new data and experiences but older generations are more inflexible.

The proposal for a one-size-fits-all morality is like a balm for those in power who are under threat from the pro-democracy movement. In the aftermath of the dissolution of the Future Forward Party, large flash mobs have grown into demonstrations calling for the resignation of Prime Minister Prayut Chan-o-cha, a charter rewrite, and monarchy reform. Some young activists have dubbed themselves the "Bad Student" group to challenge Thai culture that inculcates obedience and docility.

Second, a campaign for virtue justifies and sustains the regime that rose to power from a military coup in 2014. By refashioning itself into a bastion of virtue, it alienates those who hold different beliefs. What troubles me is what kind of action authorities will take against dissidents for goodness's sake. A white banner was placed on a container on Ratchadamnoen Road ahead of the anti-government protest on Aug 7 that read "the king's army and people's police officers (good people) join forces to protect holy sites". The self/other dichotomy led to the use of violence from both sides.

In fact, the senator's proposal evokes an elusive search for good rulers that underlies the reform-before-election campaign by the People's Democratic Reform Committee. Its protests against the elected government of Yingluck Shinawatra culminated in the putsch that brought Gen Prayut to power. After three years, he told bureaucrats that he did not want to cling to the position but feared that the election would bring back immoral politicians.

His version of democracy entails being ruled by so-called good men. His supporters, who have benefited from the regime, commended him for honesty. All of this apparently paved the way for his current premiership. Last year, a new music video titled Good People Never Die featured the ruling party and its coalitions.

Finally, the virtuous council is an expression of fantasy of those in power. The notion of virtuous leadership dates back to the concept of thammaracha or a ruler who rules according to the dhamma or Buddhist teachings. Many political figures who have shaped our modern politics live up to this image. Plans under the current committee on political reform include the resolution of conflict and the creation of the meritocratic state. It should be noted that Thai-style meritocracy is not based on ability but personal virtue and charisma. After all, these reforms are nowhere to be seen.

On the contrary, many politicians who have come under scrutiny for blatant misconduct, nepotism, and corruption remain intact. Some professions are afforded protection when they engage in corrupt practices. For example, a monk defended a doctor who stole a vaccine for her relative, saying that being a doctor means that she has high standards of ethics.

In fact, we don't need anything ideal but a check and balance system to ensure accountability regardless of personal ethics. We need respect for democratic principles and human rights. There is no place for the cult of virtue in politics.

Thana Boonlert is a feature writer for the Life section of the Bangkok Post.

Thana Boonlert is a writer for the Life section and a Bangkok Post columnist.