Good designs can stop you in your tracks and catch your attention. Questionable designs garner the same reaction, though with unintentional comedic effect or innuendos. Don't believe me? Here are a few of so-bad-it's-good designs for your entertainment.

P.S Products and organisations mentioned in this article, please don't come for me. Consider it free advertising.

This innocent banner encourages Thai people to put less salt in their food. It says, "If you love your kidney, use less salt. Sprinkle it lightly and taste your food at their natural deliciousness." The message is clear-cut but the accompanying graphic is questionable, especially if you have a naughty mind (guilty!). Of course, it represents a salt shaker but when it's cropped at an angle like that it looks like an uncircumcised penis ejaculating. Hey, we're all adults here! Also, who the eff would sprinkle salt upward like that!? Had the graphic been shown in full and at the right rotation, the banner won't look this dubious. Better yet, they could have used a graphic of a spoon full of salt or nam pla bottle instead. I don't think a salt shaker is common in an average Thai household. Shaken and stirred, yet? 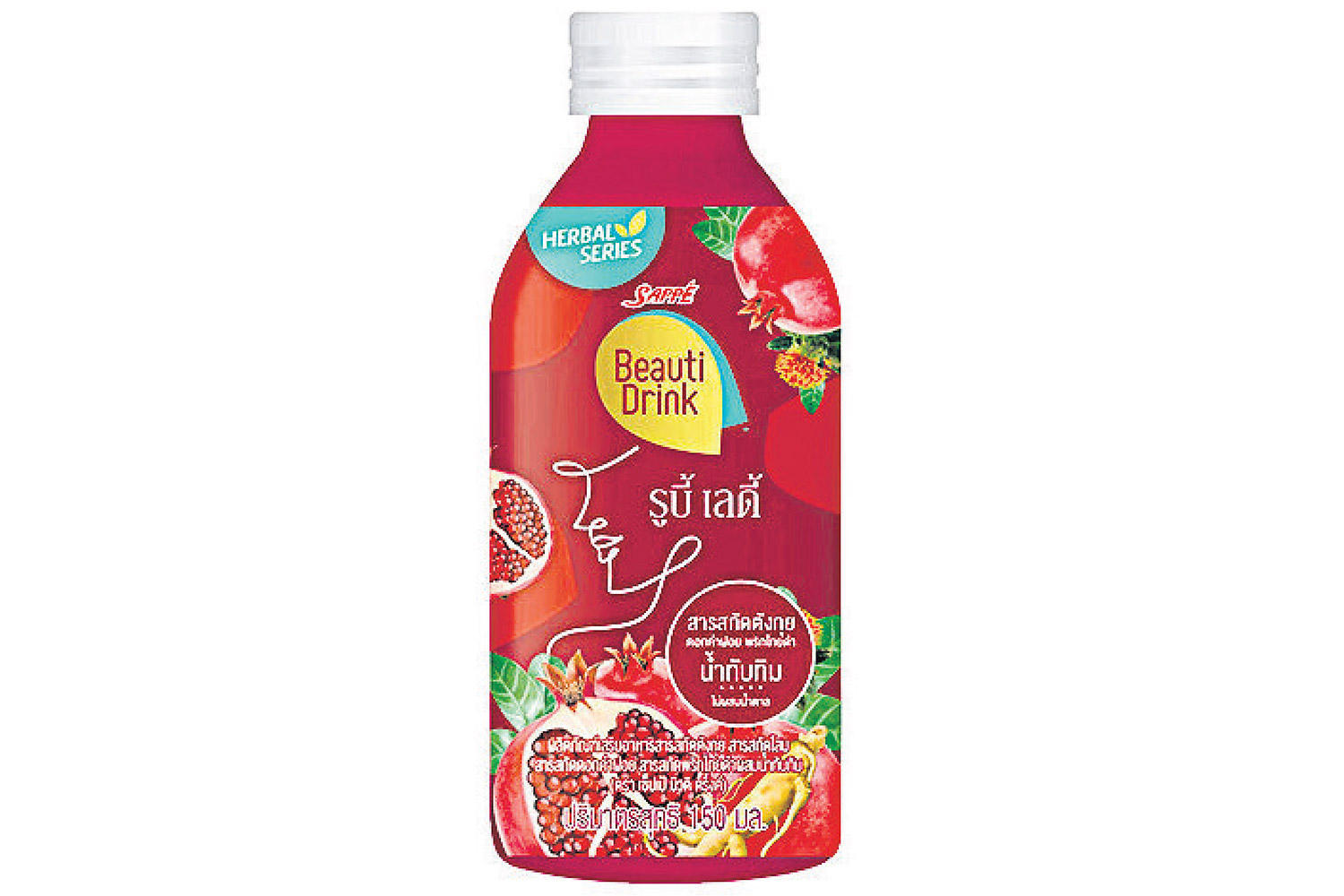 Sappe has introduced a beauty drink called Ruby Lady. The ruby part of the name refers to the key ingredient -- pomegranate, which is of a similar shade to the precious stone. However, some juvenile Thais (guilty again) may laugh at it since ru in Thai means holes and bee in Thai refers to something smashed or flattened. When you put that with the word lady, then you'll get the joke. It's just a silly case of cross-language homophones between Thai and English a bilingual person can enjoy. Just in case someone finds my interpretation misogynistic, let me say that I would point out a similar joke if there were a beauty drink for men named "Dawson Man". I'm an equal opportunity joker, baby! 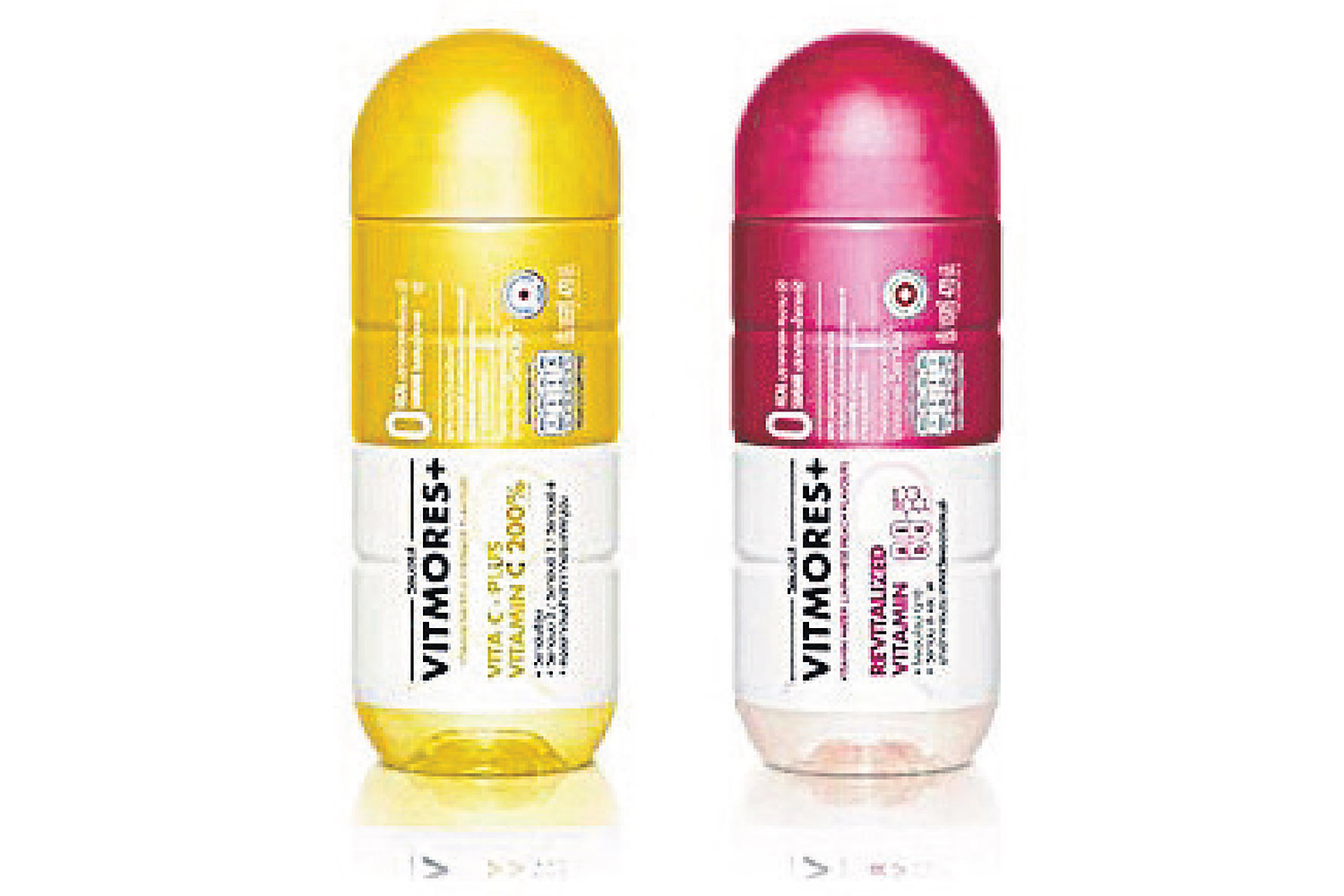 Through innocent eyes, the handful shape of Vitmores+ vitamin water looks like a big capsule packed with goodness. However, if you have been to a Don Don Donki store in Japan, you can't help but draw similarities to branded adult toys that Donki Donki in Thailand doesn't carry because we're a Buddhist country. 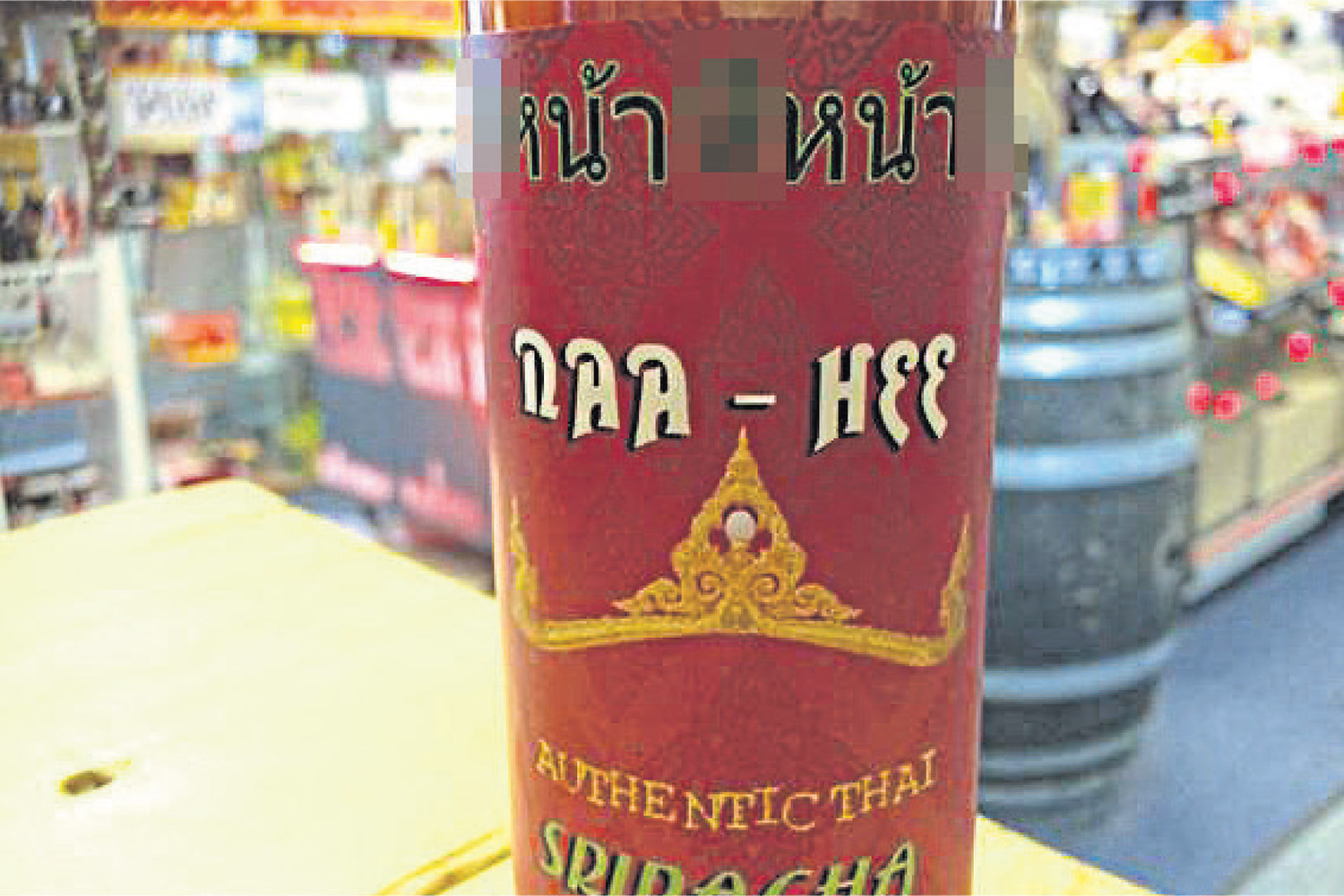 In September 2015, the owner of a condiment shop in the UK posted a picture of a Sriracha bottle on his Facebook page. He said it was made locally and the wrap label clearly showed the brand as "Naa Hee" with a tag line of "Authentic Thai Sriracha". There were also Thai words for "Naa Hee" (which we blurred here) at the top of the label, as well and the poor guy wondered what "Naa Hee" meant because the label maker didn't tell him. You see, the two-syllable word is probably one of the most offensive things to call someone in Thai. It translates to vagina face and I think it's up there with See You Next Tuesday in terms of rudeness. I guess the label maker pulled one over on him. What a ...