I don't think you really need to be reminded how ironic Loy Krathong is every year. But in case you need a refresher -- you thank the goddess of water by floating a decorated basket that ends up as garbage the next morning. Not to mention, bits from these baskets break off and contaminate water. What a way to show gratitude, huh?

Anywho, if you really want to thank her while keeping the tradition alive, there's already a hybrid solution for that, namely all of the virtual ways you can float krathong online from the comfort of your home. Perfect for those who don't want to take any risk with Miss Rona, too. You already WFH so why not FKFH too, right?

Check out Sanook's website whether you want to virtually float krathong solo or with a thip plus one in three easy steps. First, pick your style of krathong from a traditional one made of banana leaf to an EDM-inspired one by Joox. Then add your choice of flower, each of which has its own auspicious meaning and comes with a corresponding automatically-generated wish that you can edit or write your own. Fortunately, you can't be greedy and add all flowers to your basket so you can be uber lucky. Third, choose your avatar and go solo or choose your avatar and that of your plus one and float the basket together. Go to season.sanook.com/loykrathong.

Loy Krathong on the Map

Longdo Map allows you to float a krathong in any of the seven major rivers across Thailand from the Chao Phraya to Ping. First, you pick a river and then your choice of krathong, which ranges from good old banana leaf to a teddy bear hugging bubble tea ('cause why not?). The more quirky "krathong" such as sashimi salmon bowl and pathonggo with congee bowl cost real money. Then write your wish within 200 letters. If you log in with your Facebook account, you can follow the current location of your krathong on the map and invite friends to float theirs. You can float multiple krathongs in different rivers without feeling guilty, too. Some people wish that a certain uncle would resign immediately or go away with their krathongs. For proof, visit map.longdo.com/loykrathong. 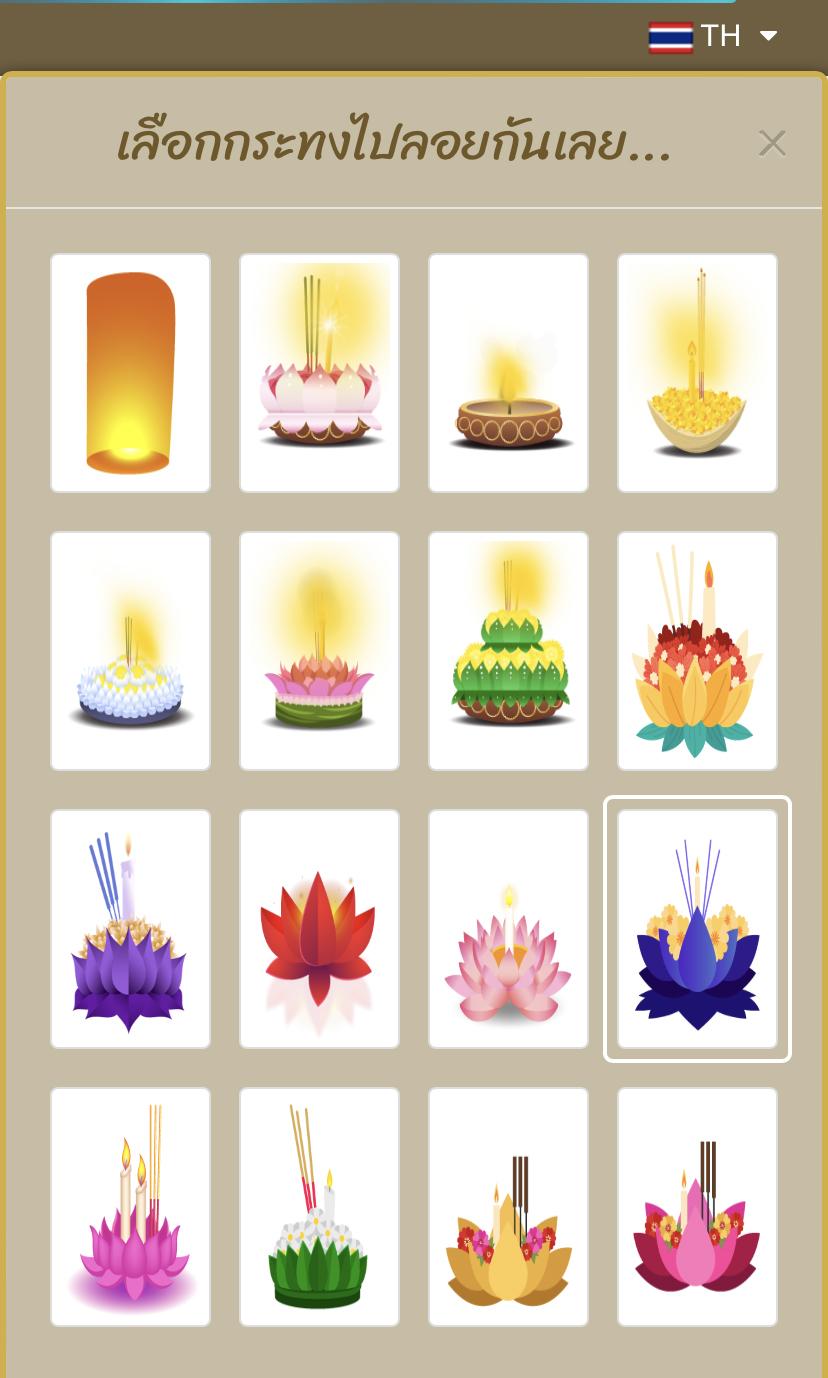 Although BMA bans releasing sky lanterns this Loy Krathong, you can still virtually release one on The Old Siam Plaza's website. Choose a lantern or a krathong, add your name and wish, and then one more click to release it into the WWW. You know the drill. Go to theoldsiam.co.th/loykrathong. 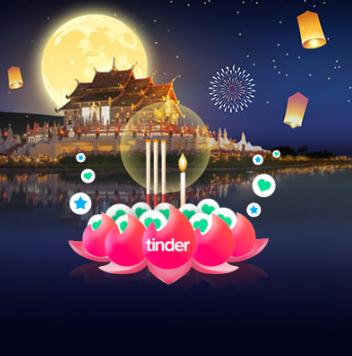 Loy Krathong is about leaving bad things behind with the basket and boosting your luck with a clean slate. If you want to try your luck and Loy Krathong at the same time, then check out the Loy Krathong campaign by MThai and Tinder. They join forces to launch a virtual Loy Krathong that comes with a chance for participants to win prizes. Visit mthai.com/loykrathong and follow a few steps. First, pick a backdrop for your Loy Krathong night from Wat Arun in Bangkok to Royal Park Rajapruek in Chiang Mai. Choose your Tinder krathong. Add your personal info before you set it afloat online. The top prizes include a Huawei MatePad 11 and a one-year's subscription to Tinder Gold. Today is your last chance to join. So, go for the gold!