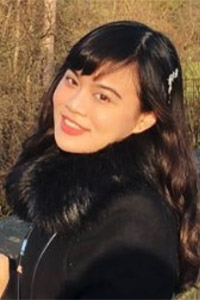 Last year, the Chulalongkorn student activist group Spring Movement arranged the exhibition "Separation/(Silence)" in memory of Thai pro-democracy activists and human rights advocates who have vanished since the 2014 military coup. To this day, the student-led organisation is searching for those missing persons.

The past seven years have brought authoritarian repression, leading to the disappearance of Wanchalearm Satsaksit, a self-exiled human rights and HIV activist. After his last video clip on Facebook lambasted Gen Prayut Chan-o-cha, he was abducted in Cambodia on June 4, 2020. With his final words, "Ouch! I can't breathe!", heard over the phone, the fugitive dissident was manhandled into a black vehicle by unidentified armed assailants and disappeared.

Many voices from anti-government protesters in Thailand called on both Cambodian and Thai authorities to urgently divulge his whereabouts. Initially, Cambodia's national police force declined to investigate the incident and dismissed his abduction as "fake news". Later, the UN urged the Cambodian government to locate and protect Wanchalearm on the basis of "freedom of expression and respect for human rights and fundamental freedoms, consistent with international obligations and commitments".

Still, the Cambodian police's probe into his forced disappearance faced a long delay and eventually ended with silence. Even worse, the United Nations High Commission on Refugees' first Goodwill Ambassador from Southeast Asia Praya Lundberg -- who publicly supported Black Lives Matter and provided assistance to many refugees fleeing violence in Central America -- refused to advocate for Wanchalearm because his case is "highly political".

Praya replied to many netizens' queries on Instagram that "I promote peace and non-political agendas" and "it's not my place and not my fight. If you want me to fight for a broader issue, I can, like racism".

In fact, Praya's inaction is not different to when Burmese democracy icon Aung San Suu Kyi did not denounce the Rohingya genocide. With no use of her moral and political authority to champion the undying defence of social justice and equality in Myanmar, Suu Kyi was dismally stripped of Amnesty International's most prestigious human rights award.

The resounding silence of these influential persons is a safety hazard to Asia's semi-democratic system, where most democratising agents are the middle class like us and Wanchalearm, leading certain Thai elites and military surrogates to easily discredit those of the common bourgeoisie through their social networks. Of course, it is alleged that Wanchalearm was involved in the illegal drug trade and illegally lived in Phnom Penh after his visa expired in 2017. Subsequently, the Cambodian government had reportedly no obligation to investigate his case on the pretext of these groundless allegations.

Yet, the Thai government showed no attempt to ensure their citizen's safety, claiming that this issue is a domestic affair within Cambodia's sovereignty.

Again, this non-intervention rule, or the so-called "Asean way", outweighs the responsibility to protect human security across borders. Undeniably, this conservative notion undermines the primary role of Asean states as guardians of human rights.

Because Asean stands only as a form of regional cooperation prioritising national interests and sovereignty, none of the 10 member states issued a statement condemning Myanmar's brutal military-led campaign against Rohingya Muslims. Similarly, no government has criticised the slow-burning separatist insurgency in Thailand's Deep South.

Previously, Asean was pushed by the West, particularly the US, to entrench the regional human rights bodies. Yet some Asian politicians argued that humanitarian intervention would exacerbate ethnic and religious tensions in the region.

Wanchalearm's kidnapping is not the first case in Southeast Asia -- there are also exiled Thai pro-democracy activists in neighbouring countries such as Laos and Vietnam, which Prayut's government has repeatedly demanded be extradited back to Bangkok.

Earlier, the prominent anti-monarchy activist Surachai Danwattananusorn and his associates went missing in Vientiane in 2018 -- until their bodies were found in the Mekong River. Conversely, the Lao government has disregarded this gruesome murder. They didn't even investigate previous disappearances of other Thai anti-monarchists in Vientiane in 2016.

The disappearance of Wanchalearm shows that Asean governments are effectively turning the region into an authoritarian regime. Fortunately, many young students in Southeast Asia have broken their silence to demand basic freedoms and fair play in the region.

One day, hopefully, we will be free from all centralised political controls.

Punsita Ritthikarn is a feature writer for the Life section of the Bangkok Post.

Punsita Ritthikarn is a feature writer for the Life section of the Bangkok Post.