Emporium of the Bizarre
Opinion

Emporium of the Bizarre

If you've been spending a lot of time on your phone or computer, you've probably come across suggestions of items that may be of interest from several e-commerce platforms. While most suggested items relate to what you've been looking up on the internet, a few items seem to come out of nowhere. Have you been recommended a see-through bikini, as well as a shelf for Buddha images at the same time? No, just me? Some items you can't even believe exist!

If you're curious, I've gone down an e-commerce vortex to come up with a curated list of bizarre items -- from cute to creepy -- in this "Emporium Of The Bizarre" for your entertainment.

You would think cat hair should go straight into the bin but there are people who think that it's worth something. I've spotted a couple of online sellers who sell balls of cat hair for cat stans who like to collect them. One of them claims that white hairballs from their Persian cat can help collect dust on the floor or can be used as a photo prop for your product shot or material for a bird's nest, for just B29. 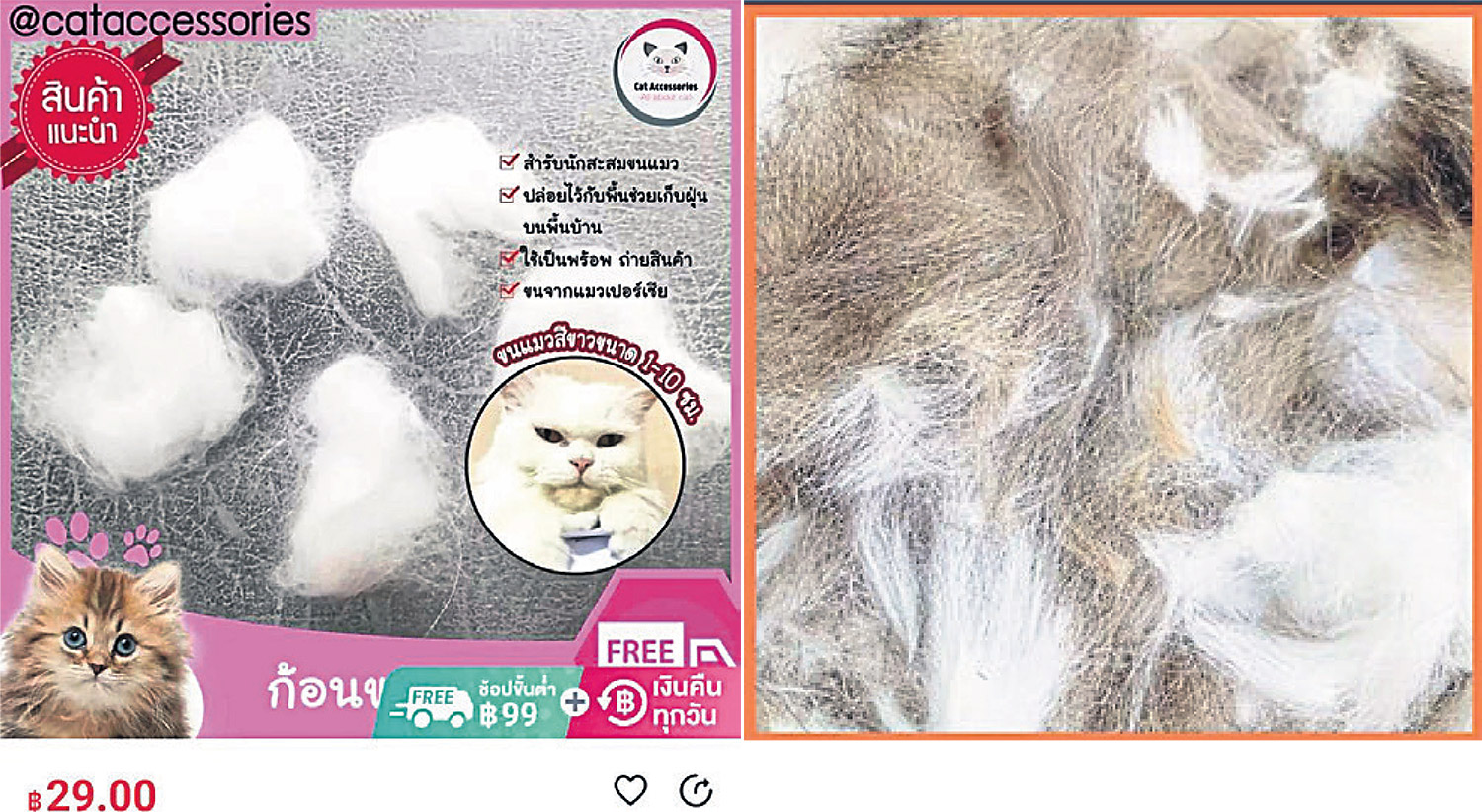 While I don't carry amulets or charms nor believe in their power, I gotta give credit to Numchok & Sanaha Amulet for being inclusive by introducing their "men-who-love-men" and "women-who-love-women" version of their love amulet range, including lip balm, locket and oil, in parallel with their straight counterparts. Each features an NSFW design (that's why the picture here is heavily pixelated) and a written talisman.

An equal opportunity love booster. But what about the other love connections? 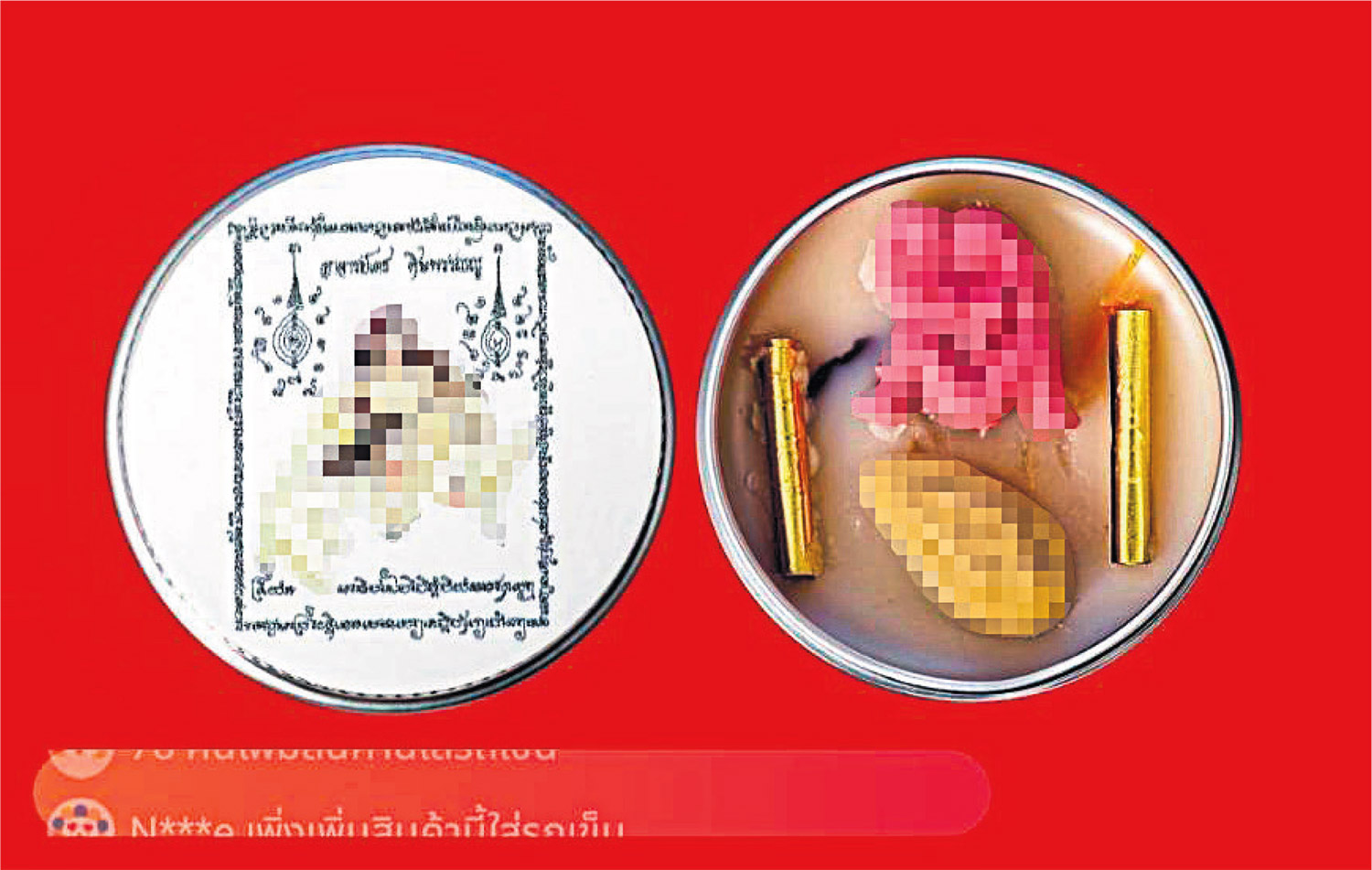 There are several sellers of supposedly sacred or holy soaps online (and I'm not sure how the Thai FDA feels about them). These soaps claim to contain magical properties from having been blessed or put through Buddhist holy incantations. By rubbing them on your body, they supposedly ward off evil and bad things, boost your charm and luck, and make you rich (y'know, the usual Thai wish combo). While using them, you should recite an incantation aloud for optimal effect. Some bars contain gold leaf for a touch of luxury.

Since they're holy, I'm not sure if you should use them on your naughty bits or feet, which are considered dirty and low in Thai culture. 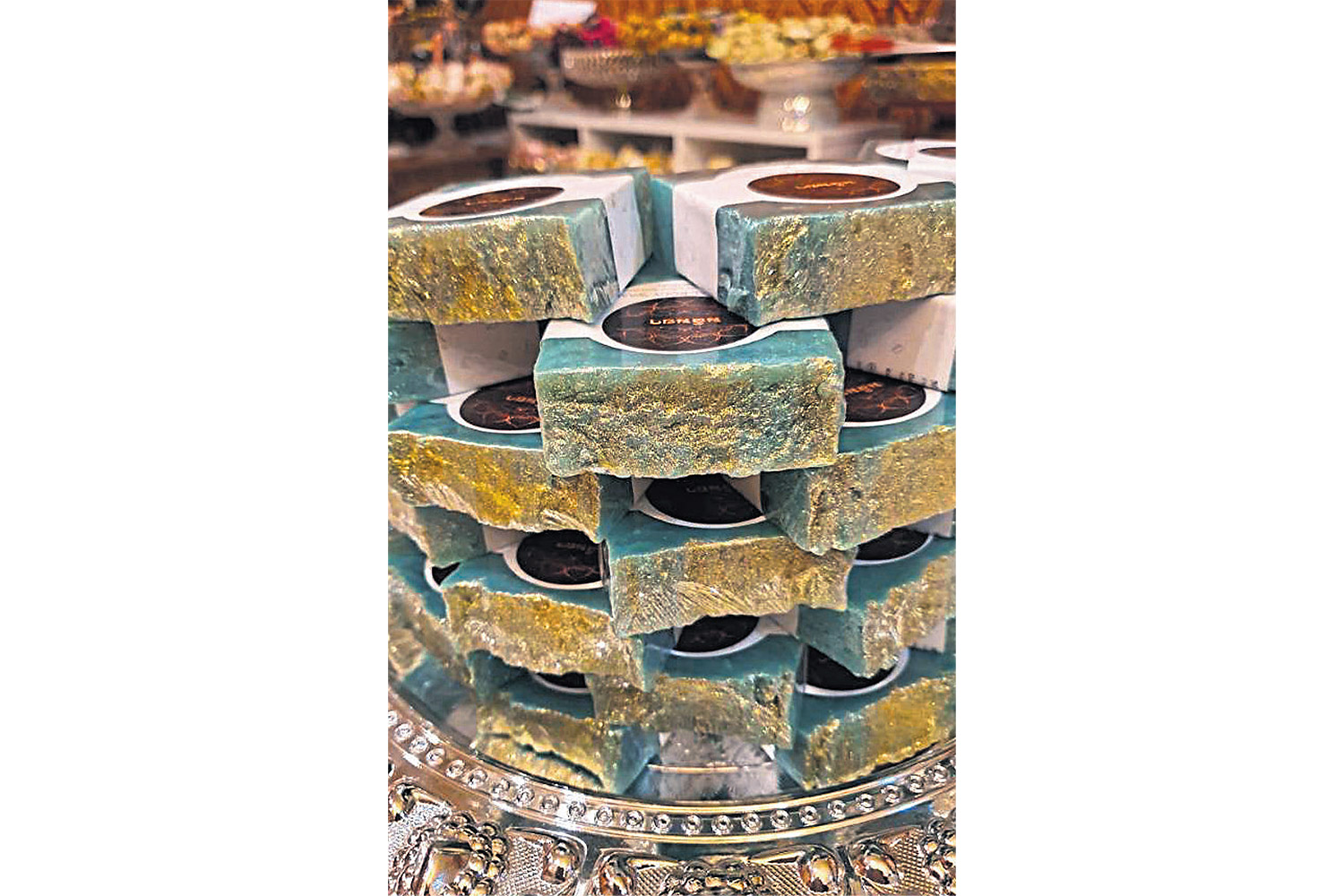 Dead Garuda and other fantastic beings(?)

I save the ickiest and most bizarre for last. A seller by the name of Praban offers what he purports to be carcasses of mythical creatures in Thai culture, such as the garuda and waree gunshorn (elephant mermaid), as well as stillborn elephants with two or three heads. Their shrivelled look is pretty convincing but I highly doubt their authenticity since we're talking about mythical creatures here.

The garuda is associated with high status in Thai culture and is considered the king of all birds. The mythical creature represents immense power and also appears as the letterhead on official documents issued by Thai government agencies. The seller claims that worshipping the cadavers of these creatures can bring you luck and protection (like how some temples keep bodies of revered monks, perhaps?). The irony is that the eagle humanoid, who's Vishnu's personal vehicle, is blessed with immortality so how come their kind can expire in the first place? Moreover, in Thai culture, luk krok (stillborn of humans or animals) is considered to be a lucky charm for those who possess them. It's beyond me why stillborns are considered auspicious items that you put in lockets for luck around your neck. Logic befalls all here.

Well, I guess consider adding them to your collection if you have a cabinet of curiosities at home. A good conversation starter at dinner parties for sure!