Prime Minister Prayut Chan-o-cha asks for blessings for the country's well-being during a visit to a shrine in Udon Thani last month; the PM visits villagers in Krabi in November; Gen Prayut in Pattani last month. (Photo: Government House)

Starting out a new year should engender a sense of hope and optimism that tomorrow can be better than yesterday. But the reality in Thailand suggests otherwise. A sense of prolonged malaise and discontent pervades the scene, where politics will likely prove murky with an economy persistently in the doldrums, underpinned by continuing societal divisions and broad-based unhappiness. Unless drastic changes and reforms take place very soon, this year is likely to further solidify the onset of a decade of decay and stagnation.

Changing the course of Thailand's decline requires a fundamental shake-up and revamp of its political institutions. If all is more or less the same and nothing changes by mid-decade, Thailand may become an also-ran country, sitting on past laurels and muddling through on marginal successes, while rotting at the core. In view of the desperate need to avoid these dire prospects, Thailand's political leadership will be paramount.

All eyes are focused on Prime Minister Prayut Chan-o-cha, who has been in power since May 2014, when he led the military high command to seize power by force. As head of a military government until elections took place in March 2019, Gen Prayut ensured that a new constitution was sufficiently stacked to enable him to continue in office after the poll. His tenure is now approaching its eighth year, remarkable longevity in view of his government's lacklustre performance and his personal unpopularity. Gen Prayut looks politically spent but yet he seems intent to stay on indefinitely. As more people look for a change of government, they will be looking to move beyond the current premier.

But it is not clear how to get rid of Gen Prayut before he completes a full term early next year. Article 158 of the 2017 constitution seems to provide a way by prohibiting anyone from being premier for more than eight years altogether. Ironically, this constitutional provision was a by-product of the coup-ousted and self-exiled prime minister Thaksin Shinawatra, who vowed to rule for up to 20 years after winning landslide elections in 2001 and 2005. 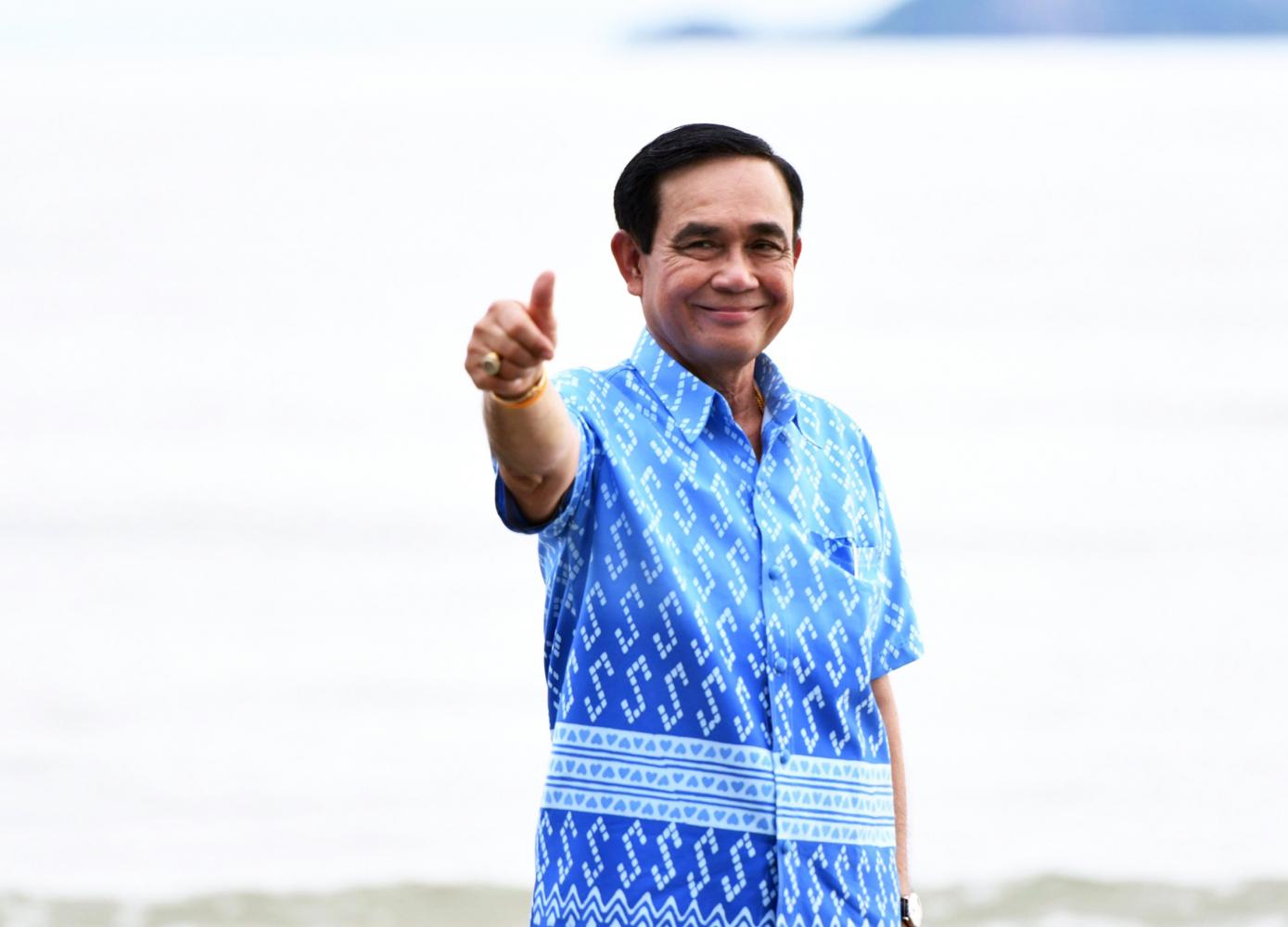 The lower house's legal team has determined that Gen Prayut's premiership began on June 9, 2019, under royal endorsement based on the 2017 charter. This timeline would render him eligible to be prime minister up to 2027. But opposition parties are due to petition for a Constitutional Court ruling. They hold that Gen Prayut began as prime minister under the coup-led government in August 2014, when he received royal endorsement.

Those who are sick and tired of Gen Prayut have got their hopes up that eight years of seeing him in office are enough. But there are two issues that may turn their views and hopes into wishing thinking.

First, the court has adjudicated a host of rulings that appear to have positive outcome to Gen Prayut. For example, when the prime minister led his cabinet to a royal audience and recited an incomplete oath of office in August 2019 in contravention of the wording of the charter, the court deemed that it lacked jurisdiction and chose not to rule.

In another case, the court in December 2020 ruled that it was acceptable for Gen Prayut to continue to live in army-provided housing after his military retirement, even though army regulations indicate otherwise.

It would not be surprising if the decision goes along the same lines when it comes to the eight-year limit on premierships. It could hold up the 2017 charter as justification. Apart from past ruling patterns, the second reason Gen Prayut might be insulated is the different sources of royal endorsement.

When he was prime minister after leading the coup, Gen Prayut's leadership position was endorsed by the late King Bhumibol Adulyadej The Great. But as premier after the 2019 poll, he was endorsed by King Maha Vajiralongkorn, the current monarch. The court may count the current more than the previous reign to the benefit of Gen Prayut. 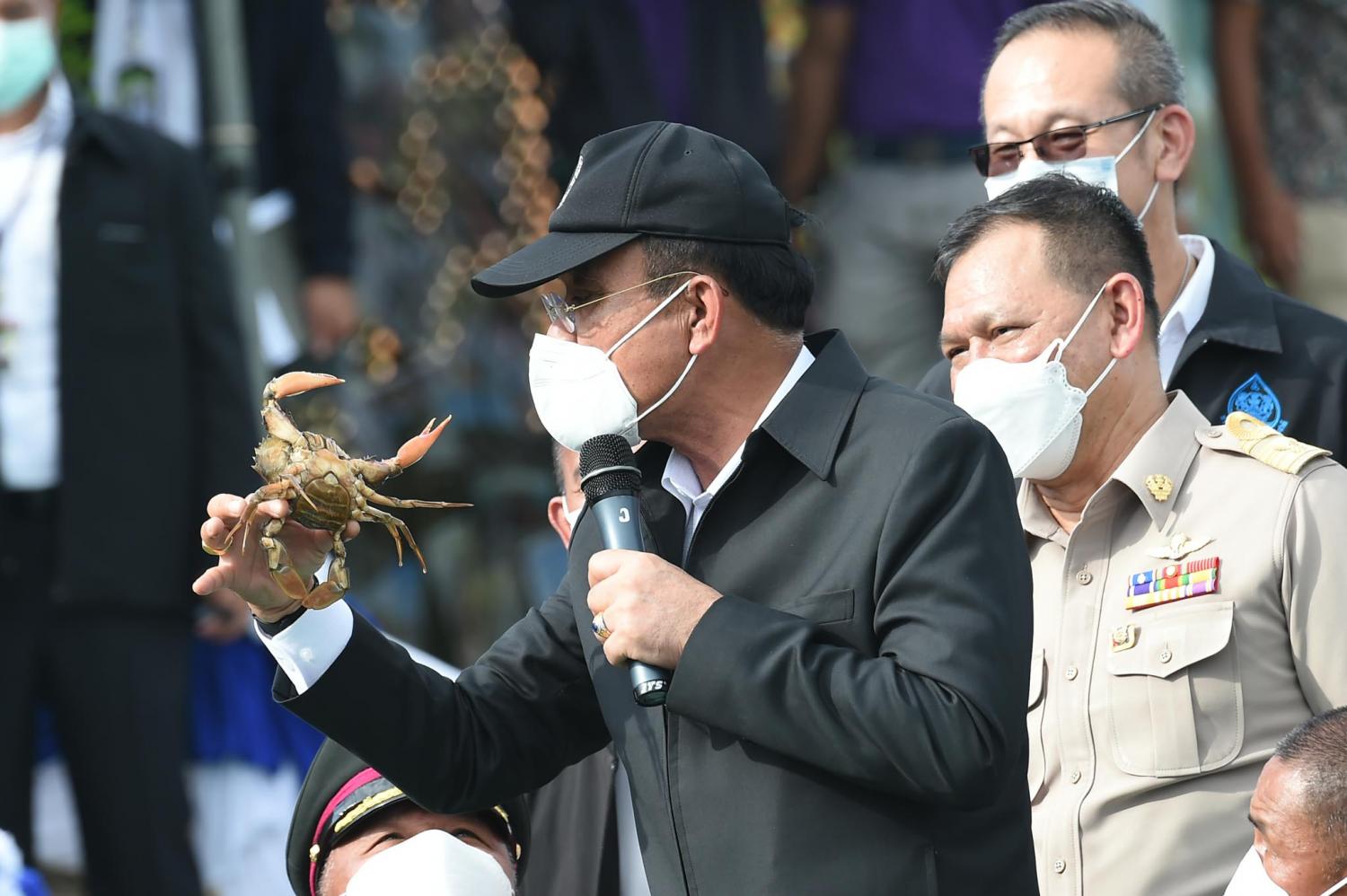 Other wishful thoughts to see the back of Gen Prayut include the youth-led protest movement that made its presence felt for much of 2021. But this movement became fragmented, fizzled and persecuted legally in a systematic fashion. Although its grievances and disenchantments have grown and not gone away, it lacks leadership and organisation in the face of official suppression and intimidation in what many see as a kind of "lawfare", a low-intensity war by legal means and methods.

Some also believe that the recent constitutional amendment from single-ballot voting to two separate votes for constituency and party candidates -- a piecemeal change to placate demands for fundamental reform -- should elicit a new poll. But this is unlikely. Gen Prayut, backed by the pro-military Palang Pracharath and coalition parties, is anti-election, allowing polls to take place only grudgingly. A clear example of the ruling regime's opposition to elections, as opposed to appointments, is the long-delayed Bangkok governor's poll.

All things being equal, Gen Prayut probably believes he has the mandate to rule indefinitely until there are indications otherwise. He could even add that Thailand's hosting of the Asia-Pacific Economic Cooperation requires him to be at the helm through November this year, by which time he will nearly have completed a four-year term. At the next election, there is no existing political force strong enough to prevent a repeat of the manipulation that transpired in March 2019, when a pro-military party that came in second collaborated with the military-appointed senate to form a coalition government under Gen Prayut.

This is Thailand's murky tunnel to nowhere. Already facing structural growth constraints as a middle-income country in recent decades, the economy will recover only moderately as the Covid-19 pandemic subsides. The big-tech boom and innovations that go with it show that Thailand's (and Southeast Asia's more broadly) growth model of foreign investment-fuelled, labour-driven and export-oriented manufacturing as well as hospitality-based services -- is running up against brick walls of digitisation, start-ups, big-tech innovation and entrepreneurism.

The economy will have to rely on growth at the margins because it is not positioned to ride the new wave of innovation- and knowledge-driven growth.

To be sure, Thailand will always be a good place with relatively attractive standards of living, blessed with hospitable people, easy and unrivalled food, beckoning mountains and beaches, and so on.

It just will not feel like a country that can reach the heights of its potential and achieve what it is capable of.

As a result, many people in Thailand will feel like they lack a good future, that this country is at a standstill, trending backwards as its peers make their way ahead.

The political tensions and undercurrents that have manifested in 2020-21 will thus accumulate until a time when circumstances shift and change for a reckoning to take place.