Niwat award a call to act

After two decades of campaigning to protect the Mekong River, Niwat Roykaew, a local teacher and founder of the Chiang Khong Conservation Group in Chiang Rai, finally received the accolade he deserved. Mr Niwat was one of six recipients of this year's Goldman Environmental Prize, a prestigious award for grassroots environmental activism.

The organisation recognised Mr Niwat's unflagging opposition to blasting along the Mekong River, which is intended to create navigation channels that would allow large cargo ships from China to pass into Laos and Thailand. His efforts, along with that of other civil groups, ultimately led to a cabinet resolution scrapping the project.

His campaign began two decades ago when the Mekong was still in a pristine state. The blasting project, a joint venture between the Thai and Chinese governments, was an early example of unchecked and unsustainable development along the river.

The rapids along the Mekong are not just formed from rocks and pebbles, they are part of an ecological system that helps regulate the river's flow and serves as a habitat for various species that spawn along its course. His campaign protected the rest of these habitats from the threat posed by unsustainable development.

That said, the river -- which starts in Tibet and courses through China, Laos, Thailand, Cambodia and Vietnam -- is faced with a new threat, with hydro-electric dams being built upstream to meet the growing power demands of the region.

Scores of dams built upriver have affected the flow of water and sediments downstream, with riparian communities complaining about sudden floods alternating with severe drought as water gates are opened and closed. 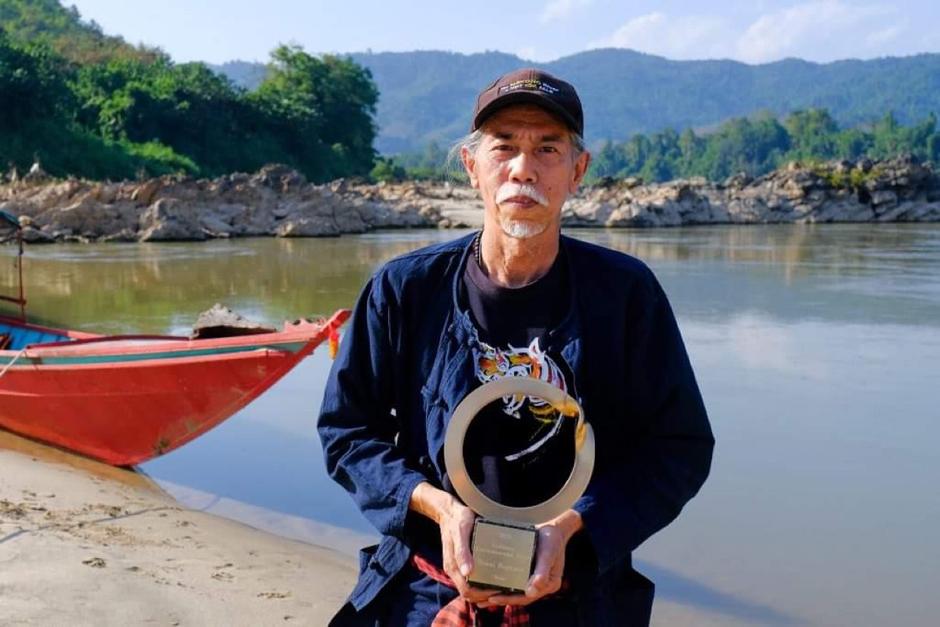 While the award for Mr Niwat came too late, it still serves as a reminder to society of the pressing dangers which threaten the Mekong River. Such threats require a concerted effort from all stakeholders concerned, not just lip service. The plight of downstream villagers should remind the world that there is no legally-binding law that regulates the use of transboundary resources such as rivers and outlines compensation for affected communities.

When it comes to the Mekong River, there are a few mechanisms on resource sharing such as the Mekong River Commission. The commission requires countries which want to build along the course of the river to conduct a study of the environmental and social impact of the project. But in reality, its members often still cite their sovereign right to develop projects in their own territory.

Things have to change if the Mekong is to survive. Society must work harder to create a legally-binding code on the river's development, which takes into account local communities' opinions in the decision-making process. A fair society is one where no one is left behind, especially the poor.

Mr Niwat, in his acceptance speech, said: "If we do not stand up for the Mekong River, it will be destroyed completely. This river is economically tied to the lives of people in many countries." He lit the torch in the race to save the Mekong and carried it for two decades. It would be a shame if we left local communities behind to struggle alone.