The recent incursion by a Myanmar MiG-29 fighter jet into Thai airspace is par for the course in the intimate ties between the militaries of both countries. Myanmar's military, also known as the Tatmadaw, in fact wants to be more like its Thai counterpart. The Royal Thai Armed Forces, on the other hand, may end up later having to be more like the Tatmadaw to maintain its role and rule in politics. These two militaries together pose a litmus test for states and societies everywhere. If the popular will and public interest can be systematically stolen and subverted in this corner of the globe, it can happen anywhere.

Prior to the MiG-29 incident, the contextual optics in Thai-Myanmar relations had already raised eyebrows. As Thailand's top brass seized power time and again in 2006 and 2014, military-military relations between the two countries became ever closer, characterised by regular high-level visits and top-tier dialogue and communication.

Senior General Min Aung Hlaing is famously regarded as the adopted son of the late Gen Prem Tinsulanonda, a former Thai army chief and Privy Council chairman. After he staged a military coup on Feb 1, 2021, Snr Gen Min Aung Hlaing, who received a royal decoration in Thailand in the past, sent a personal letter to Gen Prayut Chan-o-cha explaining the seizure of power and asking for the Thai government's support.

As leader of the junta-styled State Administration Council, Myanmar's lead coup maker later came up with a roadmap that includes a new constitution and ostensible election slated for next year. No one expects this kind of military-concocted charter and manufactured poll to be free and fair with any hint of legitimacy and credibility. Yet the attempt to replace outright military government with a constitution and election is noticeable. It looks like Myanmar's military is taking its cue from the Thai side, intent on taking over power by force and rigging rules to stay in office indefinitely. 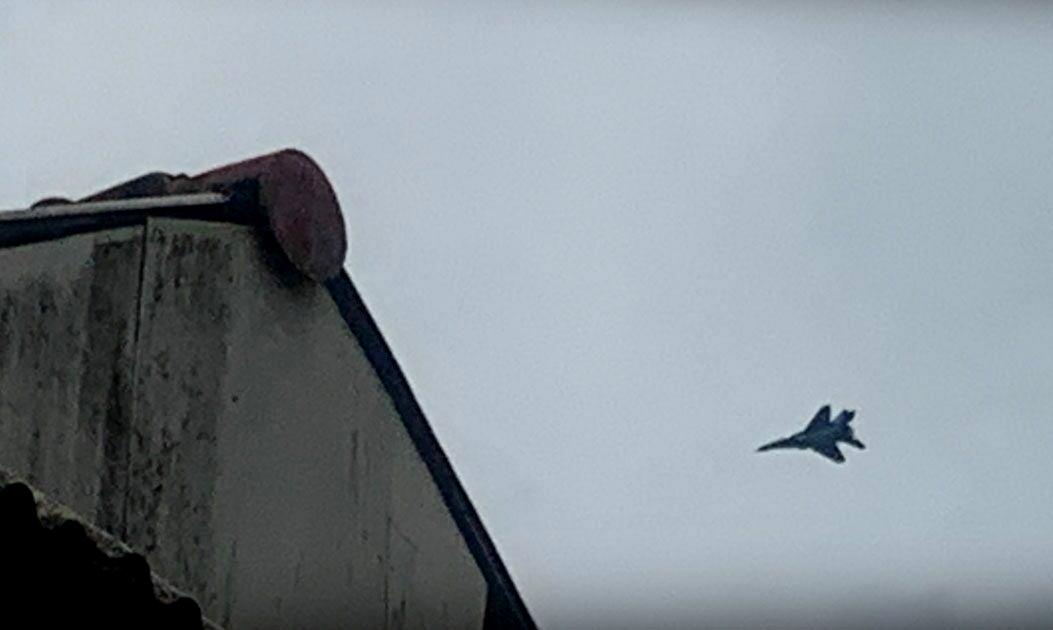 The more immediate data points are damning. A senior Thai army commander visited Snr Gen Min Aung Hlaing just one day prior to the MiG attack on Myanmar's ethnic Karen insurgent army along the Thai border. Prime Minister Prayut, the air force chief, and the RTAF spokesman all dismissed the aerial incursion as "no big deal". Unless it happens between treaty allies with explicit defence cooperation, such a violation of airspace would sound alarm bells for air defence systems and the immediate scrambling of home-country fighter jets to intercept and repel the intruder. A case in point is Taiwan, which regularly sends up its fighters to ward off Chinese aerial harassment. But here in Thailand, the government went out of its way to let the incident go.

To be sure, the MiG-29 incursion was a big deal on multiple fronts. First, it shows that the Thai government cannot or does not intend to protect the Thai people from foreign forces. Viral social media VDOs have shown Thai villagers and schoolchildren along the Myanmar border in Tak province running for their lives as the 4th-generation Soviet-era multirole fighter crisscrossed the sky into Thai airspace looking for its prey. Thailand's air defence and air force preparedness were slow to act, as the scrambled F-16s entered the scene well after the aerial deed had been done.

As prime minister and defence minister, Gen Prayut cannot avoid scrutiny and responsibility. His rule since seizing power eight years ago was supposed to prioritise security over prosperity and open society. If he can't even keep Thais safe from foreign forces, what's he good for?

Second, apart from allowing Thailand's sovereignty and territorial integrity to be compromised, the Thai government became complicit in helping the Tatmadaw terrorise its own people. It is common knowledge that Myanmar is gripped by a nasty and brutal civil war where a civilian-led nationwide uprising and the parallel National Unity Government are standing up and putting their lives on the line against Myanmar's military and the SAC. If Thailand wants to be neutral and impartial in its next-door neighbour's internal fight to the death, we should not be assisting and abetting the Tatmadaw's military offensives in any shape or form. Letting Myanmar's air force attack an opposition group from Thai territory is indefensible, putting Thailand in a tight diplomatic spot.

Third, the humanitarian ramifications are far-reaching. The more than 2,400 kilometres of porous border between Thailand and Myanmar is the last refuge for Myanmar people fleeing from violence and gun battles. If the Tatmadaw can use Thai air space along the border for bombing runs and ground attacks, there will be nowhere to seek safety for adversely affected innocent civilians. As a safe-haven country for internal conflicts next door in recent decades, Thailand has earned diplomatic capital and a favourable international reputation as a result. The military-military ties with the Tatmadaw therefore undermine Thailand's international standing.

Finally, there is more to this incursion than meets the eye. The cooperation between the Tatmadaw and the Thai military has political consequences. The military-backed. Prayut-led Thai government's support for Snr Gen Min Aung Hlaing and the SAC goes against the sanctions and preferences of the international community and Asean's own efforts to find a peaceful way out of the Myanmar morass through mediation and dialogue. The Thai military also gains more authoritarian momentum and justification if it is not the only regime in the neighbourhood to subvert popular legitimacy.

The message is clear enough. If Myanmar's military government can become more like Thailand's with a crooked constitution and bogus polls, then Thailand's conservative military-backed regime can be more like Myanmar's Tatmadaw by manipulating and robbing its own people of their vote if that is what it takes to hold on to power.

The tale of these two militaries suggests what the peoples on two sides of the long Thai-Myanmar border are fighting for is one and the same. It is to determine their own political futures by getting rid of ruling generals from supervising and controlling political outcomes.

BENGALURU: The Bank of Thailand will deliver another 25 basis-point rate hike on Wednesday, its second in a row, even as many of its peers opt for larger increases to fight high inflation, a Reuters poll showed on Monday.

PARIS: A vintage pump in the Vietnamese hills; a Madrid petrol station topped with a giant sombrero; a multi-coloured futuristic fuel outlet in Dubai -– whatever its form the humble filling stop, emblem of our modern societies, would appear to be running out of road.