US shoots itself in foot over Taiwan
Opinion

US shoots itself in foot over Taiwan

Tourists look on as a Chinese military helicopter flies past Pingtan island, one of mainland China’s closest point from Taiwan on Thursday. (Photo: AFP)

Even pro-democracy critics of China’s authoritarian ways would have to call United States House Speaker Nancy Pelosi’s visit to Taiwan an undue provocation that ended up as a lose-lose outcome for all concerned, including the 82-year-old congresswoman. Everything about it was misguided and self-indulgent, designed for domestic consumption in the US rather than regional peace and security in Asia. The US, by way of Mrs Pelosi, has unnecessarily shot itself in the foot big time, leaving regional states and societies to deal with the consequences.

First and foremost is the aftermath regarding the US’ role and credibility abroad. Some in the Western media are spinning the Pelosi controversy as “no big deal”, suggesting that it should not be seen as a “crisis” because anyone should be free to visit the island, despite governments worldwide recognising the well-known one-China policy in favour of mainland China. But Mrs Pelosi is not just anybody. She is second in line in the US’ presidential succession after the vice president and the most senior member of the US legislative branch. Her unilateral decision to go to Taiwan was a big deal indeed.

Others have noted that Mrs Pelosi is not the first in her position to visit Taipei. Yet when Newt Gingrich did it as House speaker in April 1997, he also stopped in China and Japan first. More importantly, China then and now is a vastly different country. In the late 1990s, China was still considered a struggling developing country nowhere near having the economic strength and military might as a superpower it has in the 2020s. Back then, geopolitics in Asia were relatively calm and stable. Today, the global geopolitical environment among the major powers is full of tension and conflict, underscored by Russia’s war in Ukraine. There is no need to stoke war fears in Asia, especially when China appears weak from its zero-Covid strategy and prolonged closure of borders. 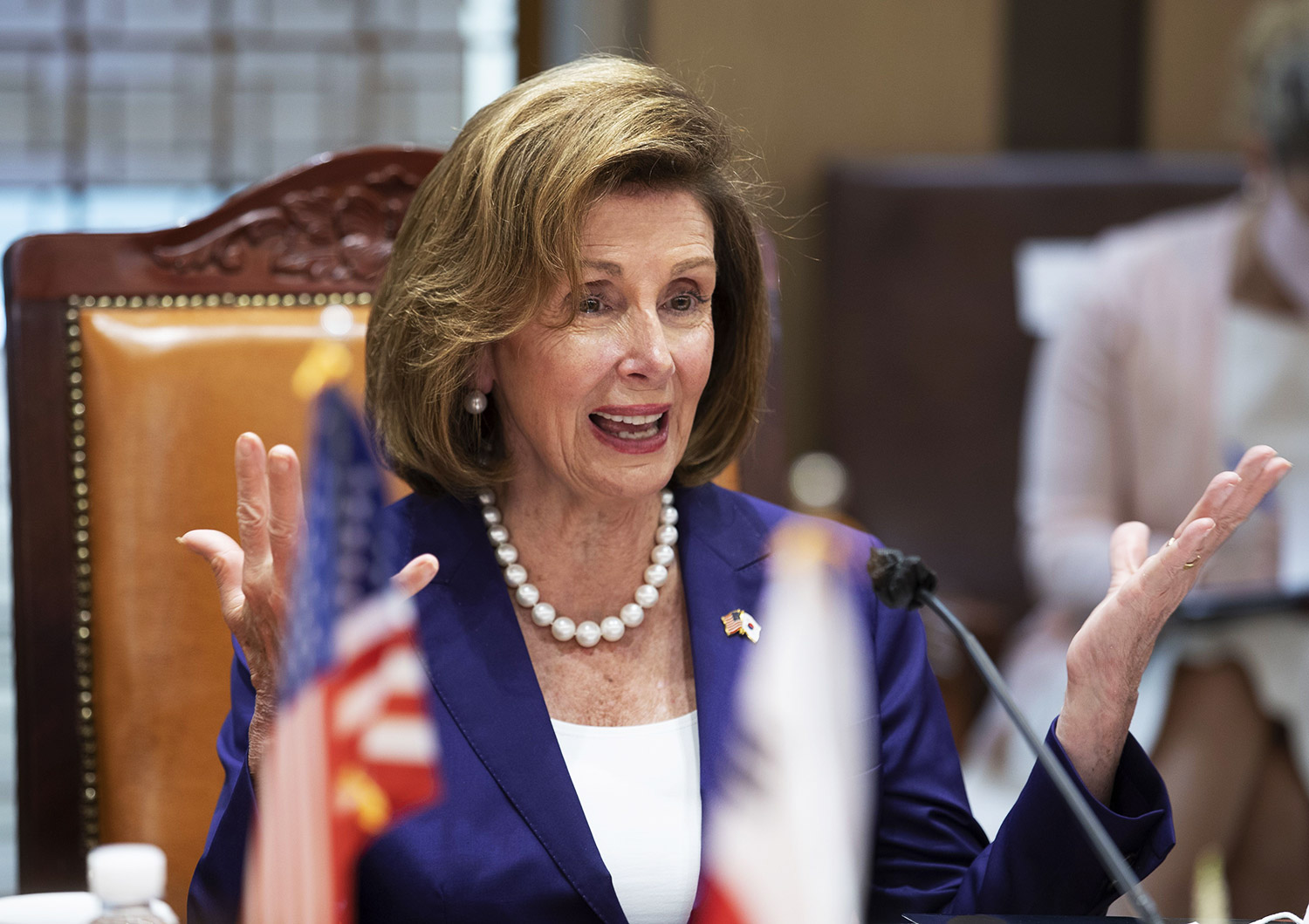 Moreover, Mrs Pelosi’s Taiwan gambit undercuts the White House’s foreign relations and undermines the US’ own separation of powers, whereby the executive branch is supposed to lead on policy while Congress provides checks and balances and accountability. President Joe Biden’s foreign policy team will now need to make up for the Pelosi setback and shift the focus to its broader Indo-Pacific strategy.

It appears the US House speaker had domestic considerations in her foreign policy move. With the US midterm elections slated for November, perhaps this misguided manoeuvre could win more votes for the Democratic Party of which Mrs Pelosi is a top leader, as polls suggest the Republican Party may retake the lower chamber.

Perhaps Mrs Pelosi also acted out of her own volition and conviction as she has been known as an anti-China hawk for decades. Whatever her real motives, her dismal timing means her legacy is likely to be tainted by this Taiwan incident.

What’s worse is that Mrs Pelosi has given a freebie for China to look measured and moderate. Despite its fiery rhetoric about potentially preventing Mrs Pelosi’s flight from landing by all means possible, Beijing did not do anything hasty. China is often seen as the neighbourhood bully but in this case, the US via Mrs Pelosi did the bullying. China’s consequent bluster and live-fire military drills that amount to a blockade of Taiwan are par for the course. Even the Taiwanese are accustomed to it, and nearby states are bracing for the same.

The Chinese are expected to cause enough of a stir to ensure that its intimidation and threats remain credible but will likely not overdo the military response to the Pelosi visit. In short, the status quo will likely prevail after Beijing ends its bristling and chest-thumping which Mrs Pelosi instigated at the expense of the whole neighbourhood. When all this happens, she will be back in the comfort of her home.

For Taiwan, the Pelosi stopover was a mixed bag. Naturally, the government of President Tsai Ing-wen wants to be recognised as widely as possible as it is under constant pressure from Beijing. But the upside gains from Mrs Pelosi may not be worth the cost. What Taiwan wants is not recognition with this kind of controversy where it is being used as a ploy in US domestic politics and a pawn in US-China rivalry.

Taiwan is well received and recognised but it has to be de facto, as opposed to de jure. Developing Asian societies and others elsewhere want to be more like the Taiwanese, who have blended their Asianness with a flourishing democracy and an advanced economy with high-tech innovation. If surveys were taken among younger demographics in Southeast Asian countries whether they would like their country to be more like China or Taiwan, the latter is likely to come out on top by a large margin.

Building up Taiwan’s de facto recognition is thus the key, with the aim of reaching de jure equivalence. The Milk Tea Alliance among young pro-democracy Asians fighting against authoritarian governments is a good example. Taiwan should take more ownership of it and deploy it as a soft-power instrument to show and entice other societies to want to adopt and adapt Taiwan’s ways and attributes. At issue for the US and other neighbour governments is how to make de facto recognition of Taiwan the norm and how to fight back when China pushes back.

Even for the European theatre of geopolitics, the Pelosi visit was a costly sideshow. It will likely embolden and strengthen the China-Russia alliance, as Beijing may have reached the conclusion that whatever it does will be rejected by the West. China is likely to throw in its lot with Russia more and more. This is no help for the Ukrainians trying to fight for their sovereignty and survival.

Similarly for Southeast Asia, the Pelosi visit was highly unhelpful as it took place just days before Asean was to hold its 55th foreign ministers’ meeting in Phnom Penh. Already dominated by the Myanmar crisis and the Russian aggression, Mrs Pelosi's adding fuel to the China fire will raise the risks for Southeast Asia which has to rely on China for trade and development while standing up to Beijing’s geopolitical belligerence.

Thanks to Mrs Pelosi, Beijing is now likely to be more assertive, not less.