Everyone and their mother are well aware that floods suck, period. But give it to the Thais who manage to make the most of the rains as shown in these pictures, which I hope will lighten up the heavy rain (with no intention to glamourise it).

This black-and-white photo from 1983 showed bra-and-sarong-wearing men having a boat race on a flooded Bangkok street to the delight of everyone in the 'hood. They could have done just the boat race. Not sure why they decided to do amateur drag. 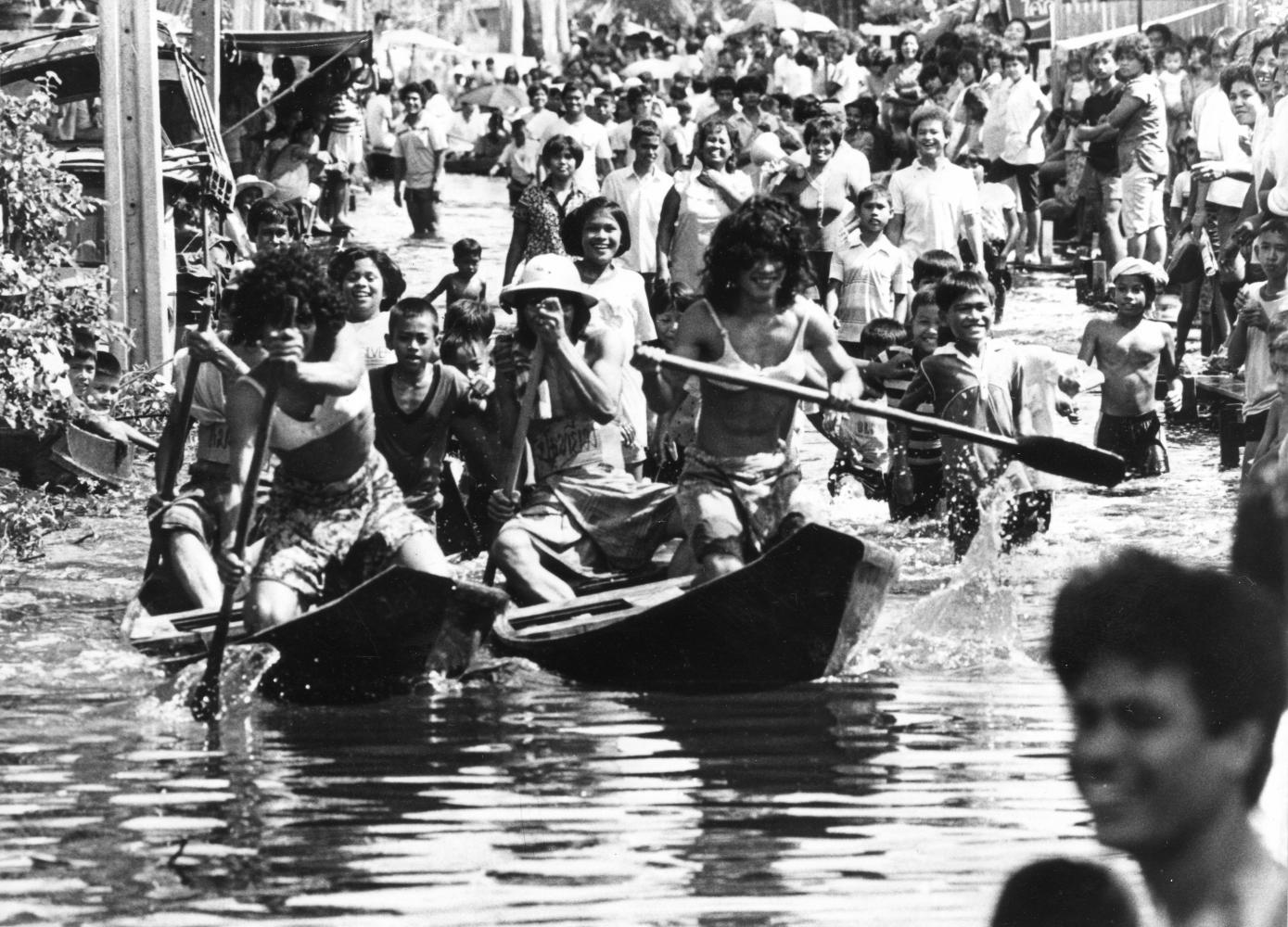 Soaking in a Stream

It's not just kids who know how to have fun with the flood. Here are two men in the Bang Rak district of Bangkok, who enjoyed soaking in the overflow from the rising Chao Phraya River around BTS Saphan Taksin. Circa 2001. Hope they took a proper shower afterward their bath. 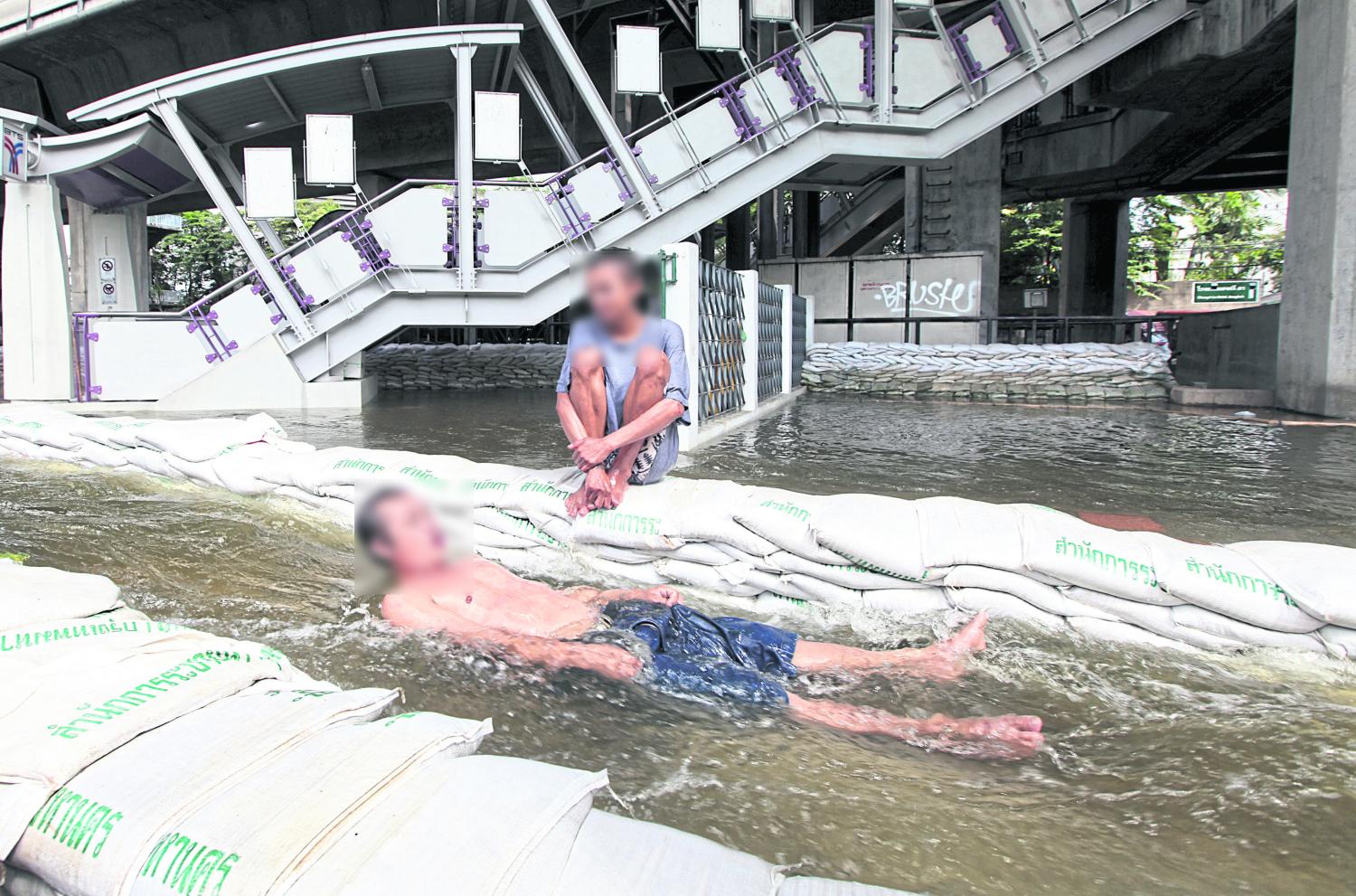 A woman showed her Asian-level fishing skills on a flooded road near Ratwinit Bangkaeo School in Samut Prakan's Bang Phli district. She caught the fish with an improvised fishing basket made of a plastic basket with a broken bottom. Talk about upcycling! 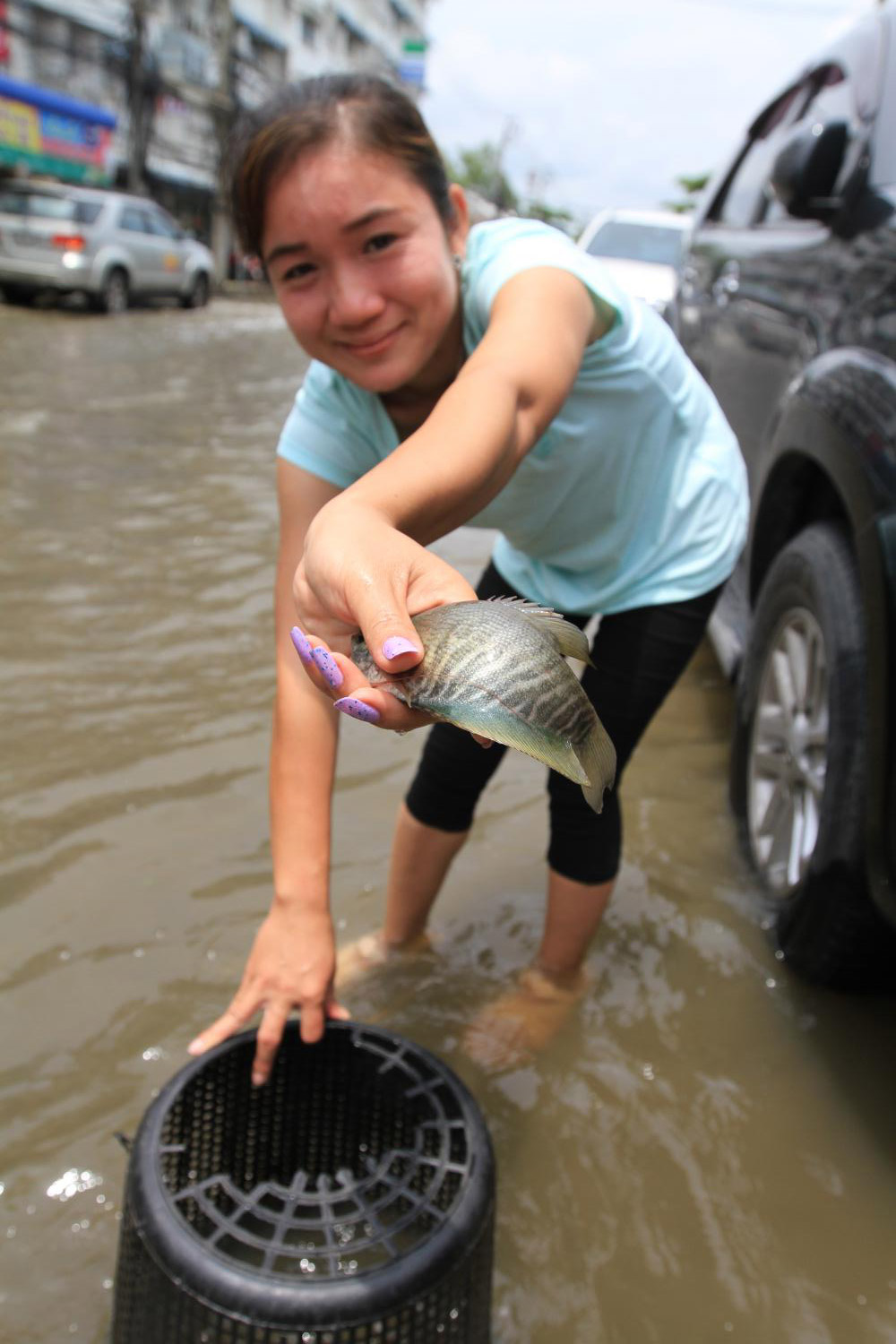 Last year, a man did some fishing from the steps of his flooded home in the Pak Kret area of Nonthaburi, a province adjacent to Bangkok, which is heavily affected by the overflowing Chao Phraya River every rainy season. 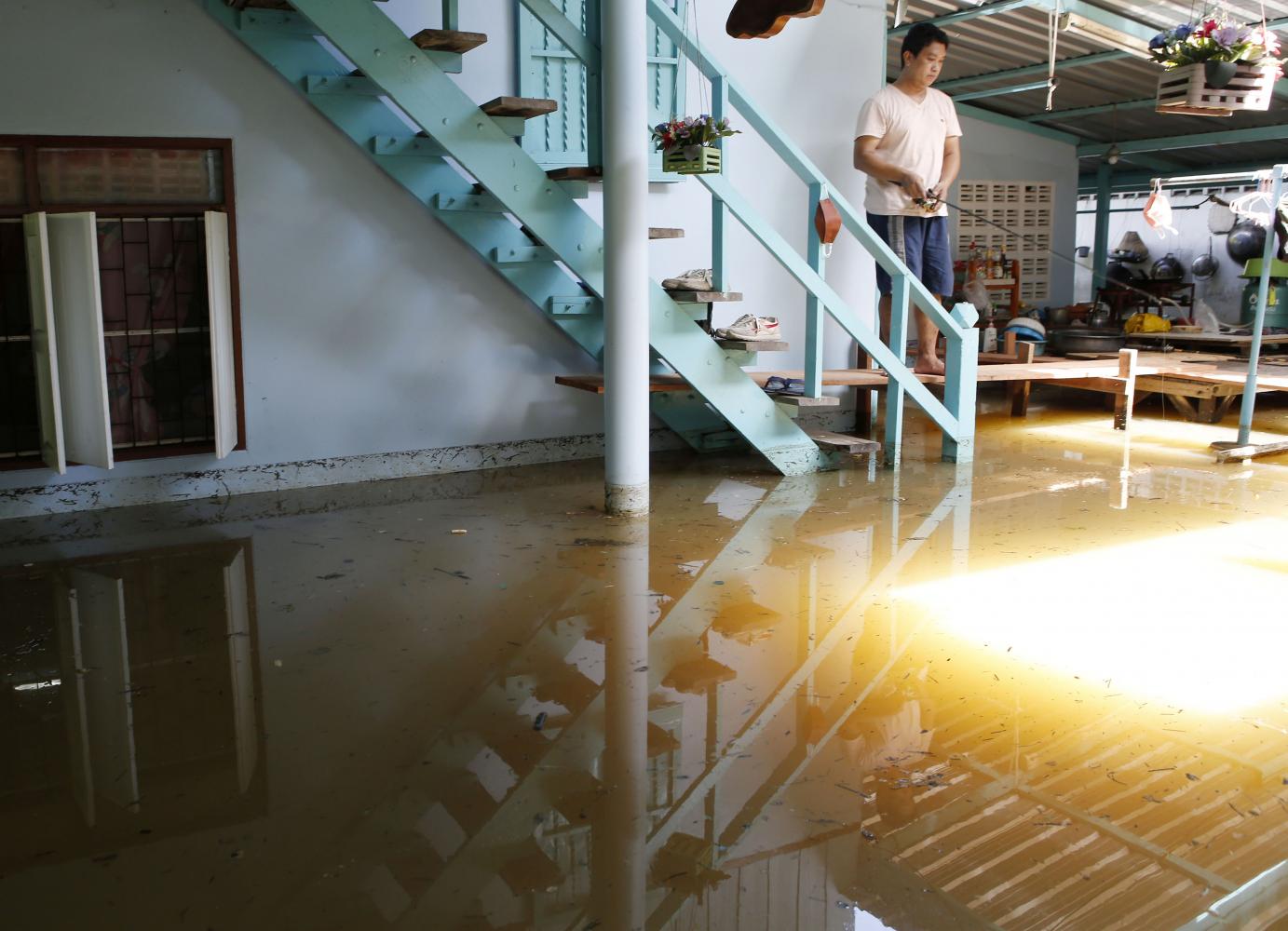 A family took advantage of the rising Chao Phraya River by feeding fish from the flooded areas underneath the Pak Kret Bridge in Nonthaburi. 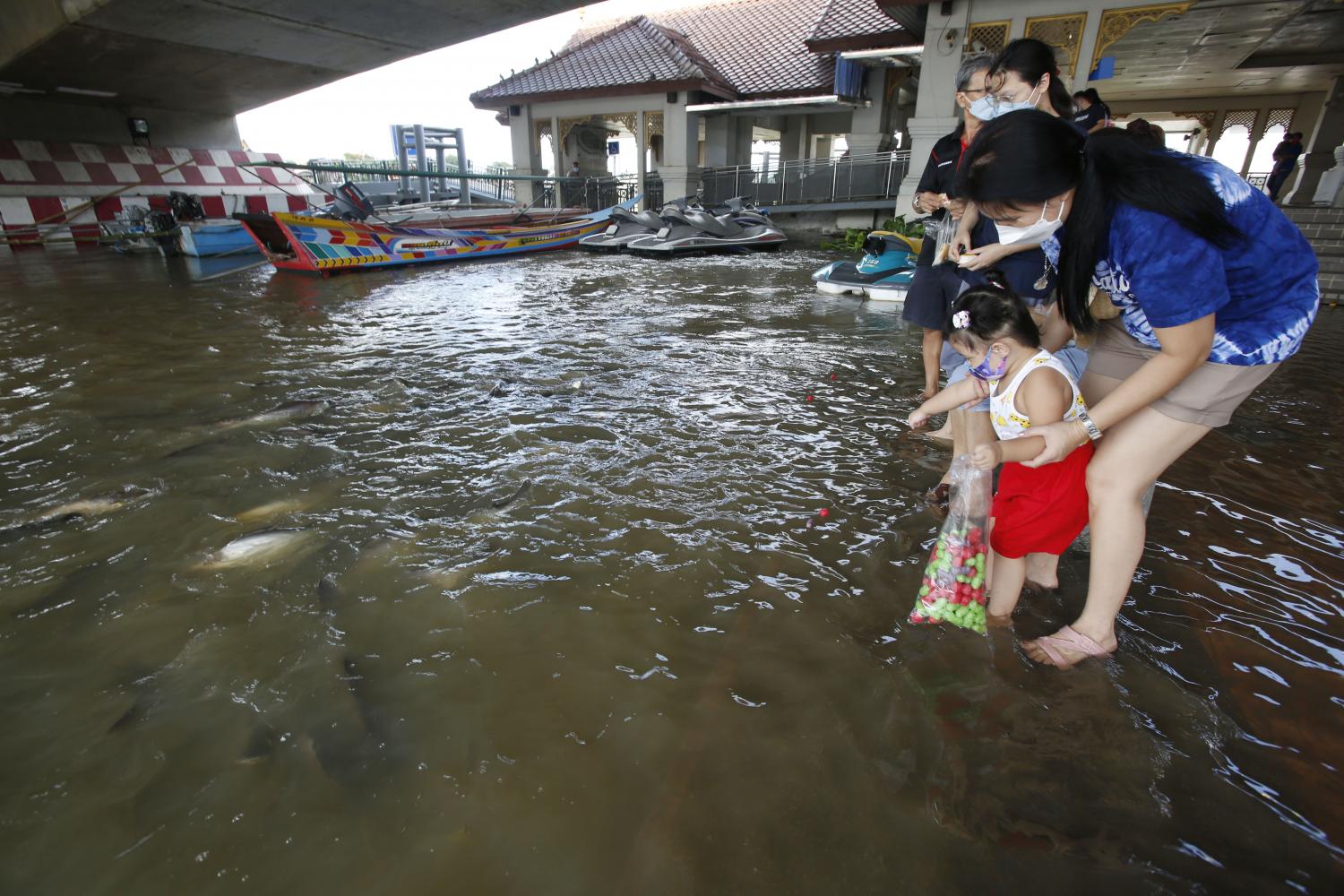 Going with the Tide

Pairote Thadbuakham and his family members were proud owners of their floating house near Khlong Prem Prachakorn in Pathum Thani's Muang district. He spent more than B200,000 to build this house after their old home was inundated by 2m of floodwater in 2011. 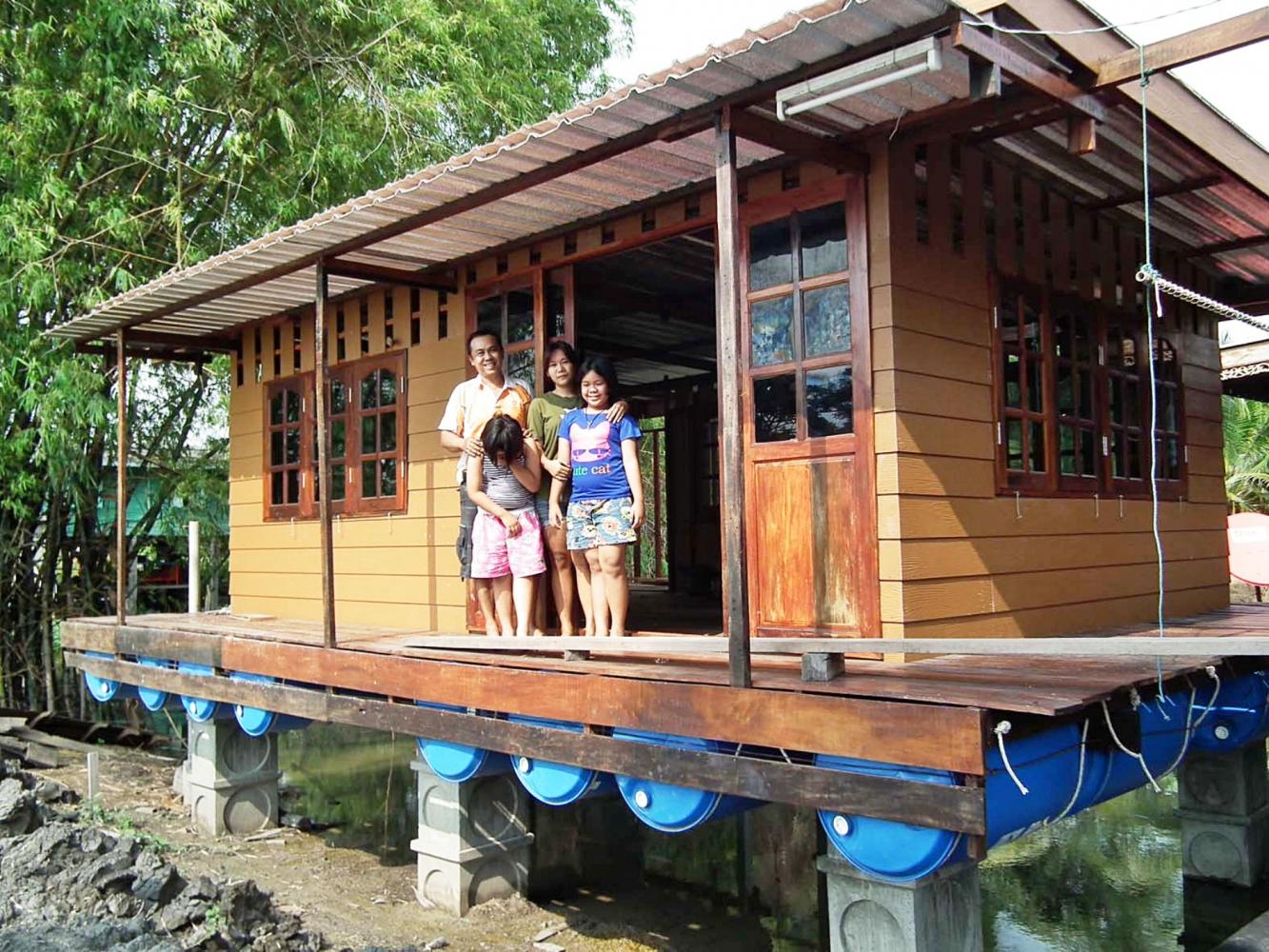 Wat Asa Songkhram in Samut Prakan took advantage of the flood water that surrounded its convocation hall in November last year. During the Loy Krathong festival, the abbot decided to have a platform constructed over the flood so Buddhists could access the hall to release their floating baskets into the flood water and pay respect to the Buddha image inside the hall. 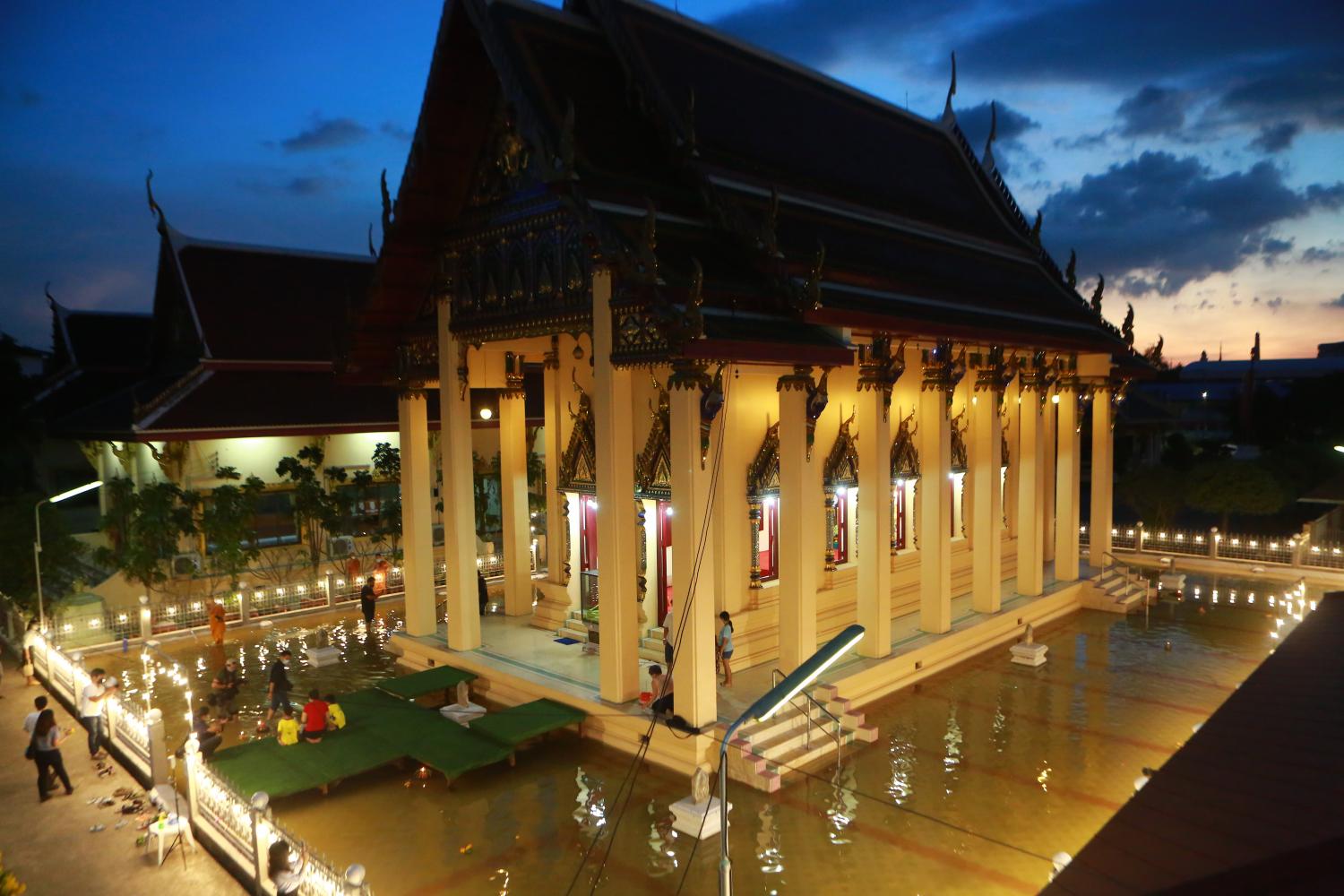