In the wake of the passing of Queen Elizabeth II, Thailand has joined in paying tributes to and mourning the world's and Britain's longest-reigning monarch. Here are a few heartfelt highlights.

1. The Bureau of the Royal Household has set up a portrait of Queen Elizabeth II near Manee Nopparat gate of the Grand Palace on Na Phra Lan Road. The public and private organisations can pay respect to her here until Sunday, Sept 25. 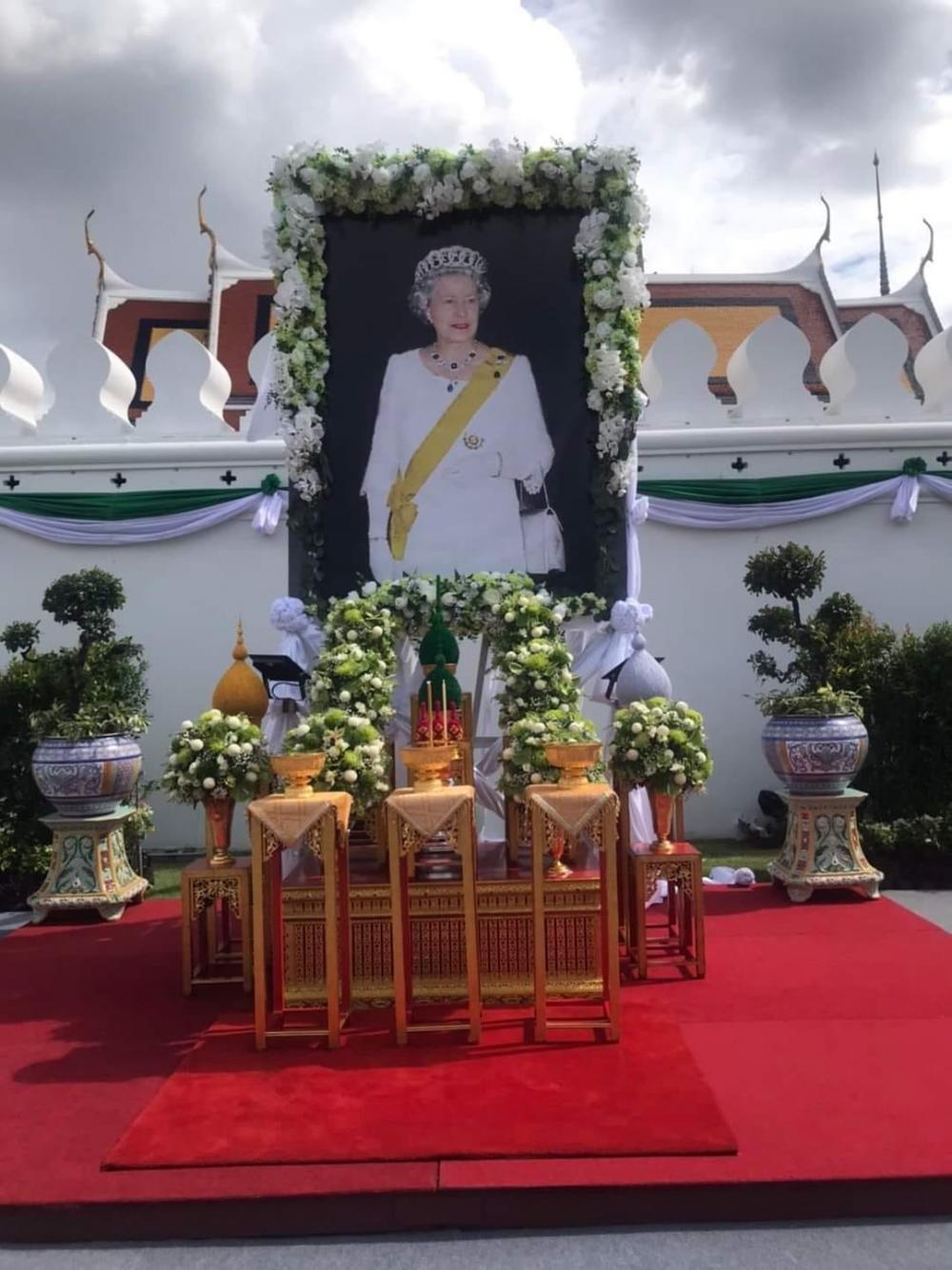 2. On the night of the state funeral for Queen Elizabeth II, the skywalk arch bridge, over Chong Nonsi intersection where Sathon Road and Naradhiwas Rajanagarindra Road meet, was lit in the colours of Union Jack from 6-9pm. 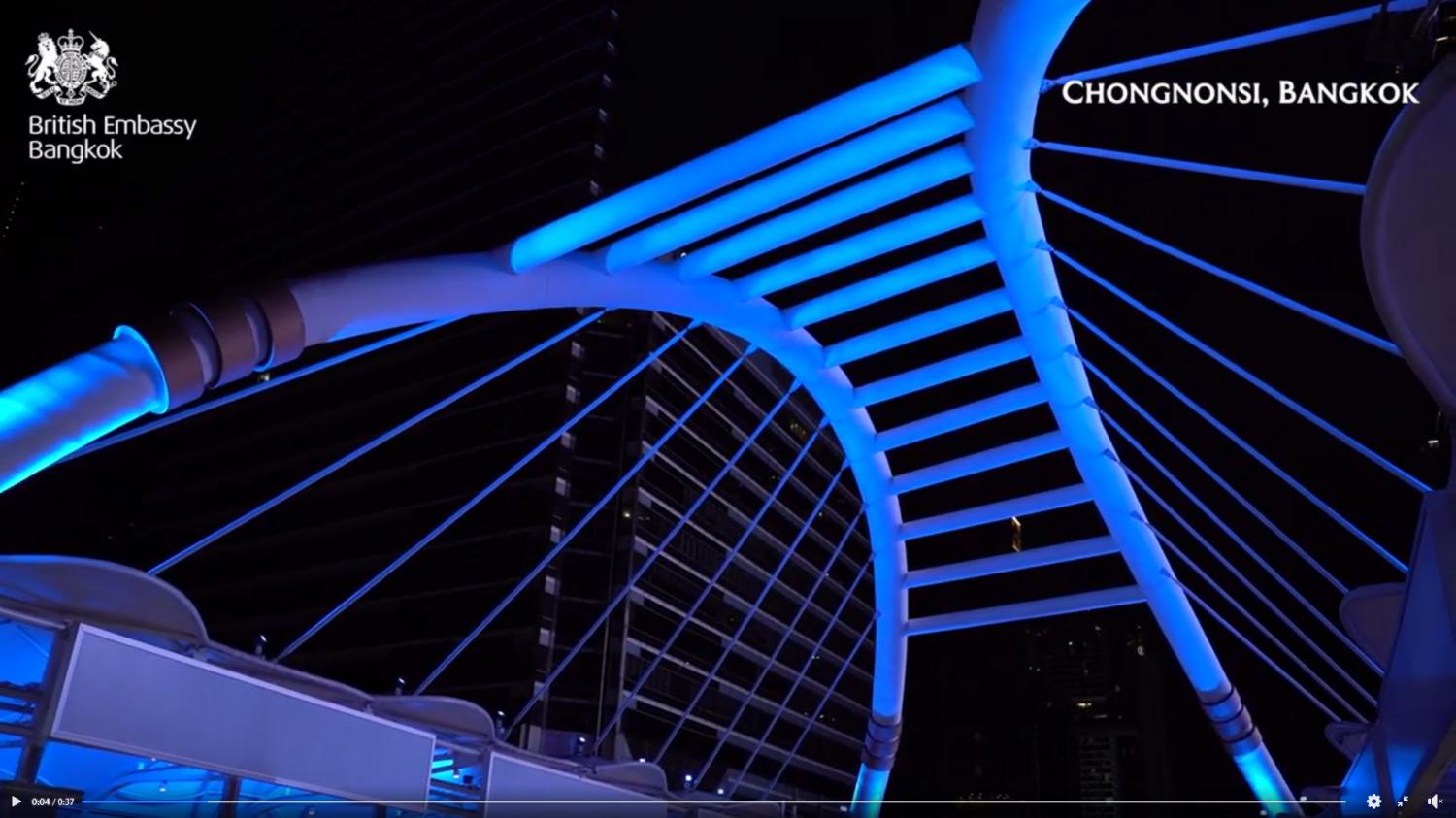 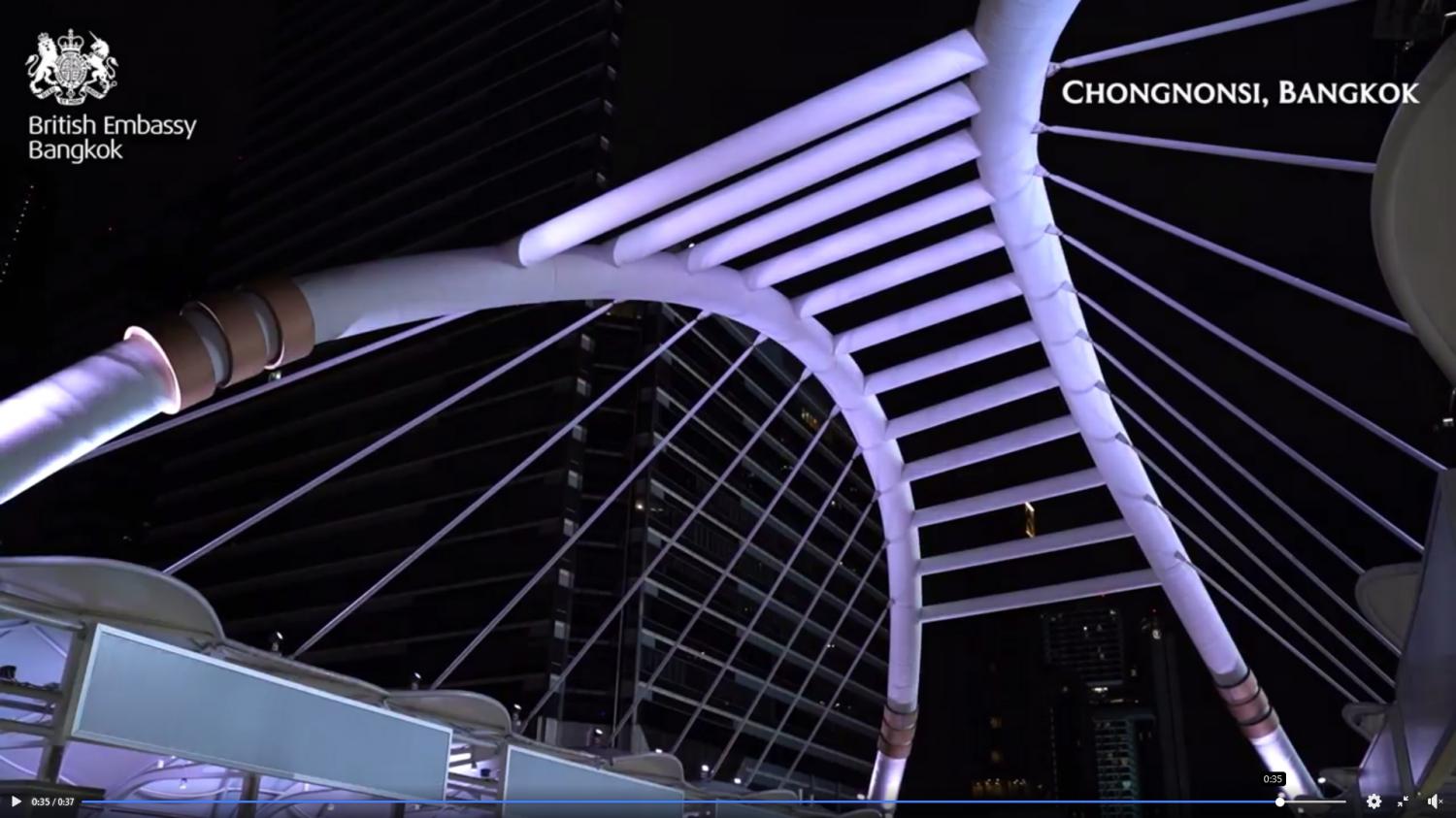 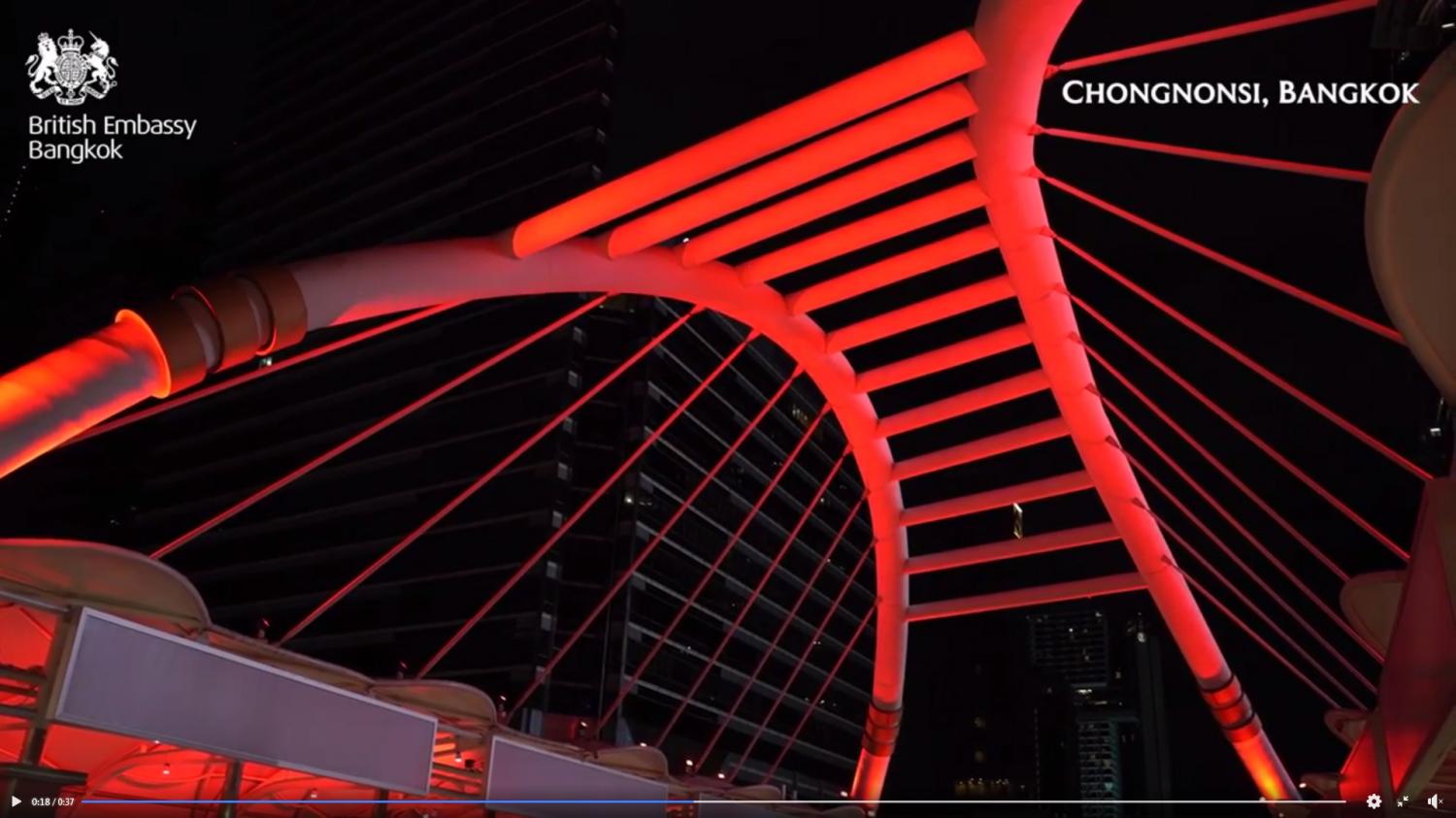 3. Throughout the day of Queen Elizabeth II's funeral, Sept 19, Baiyoke Tower II, Bangkok's fourth tallest building, displayed a portrait of the queen and her emblem at the top, 309m above the ground. 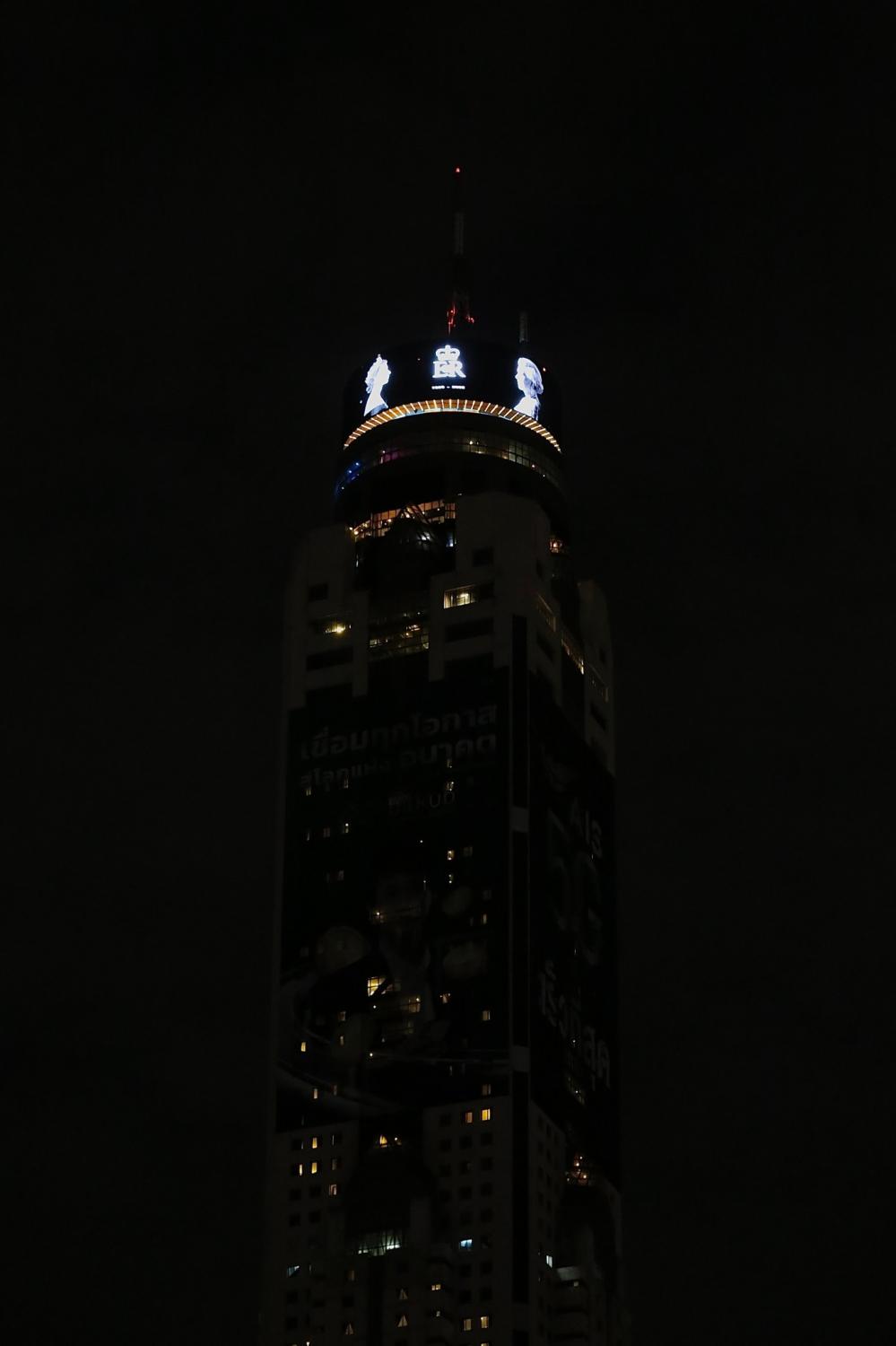 4. Shopping malls Emporium and EmQuartier have set up a spot where people can leave flowers for the late Queen Elizabeth II on the skywalk of BTS Phrom Phong. 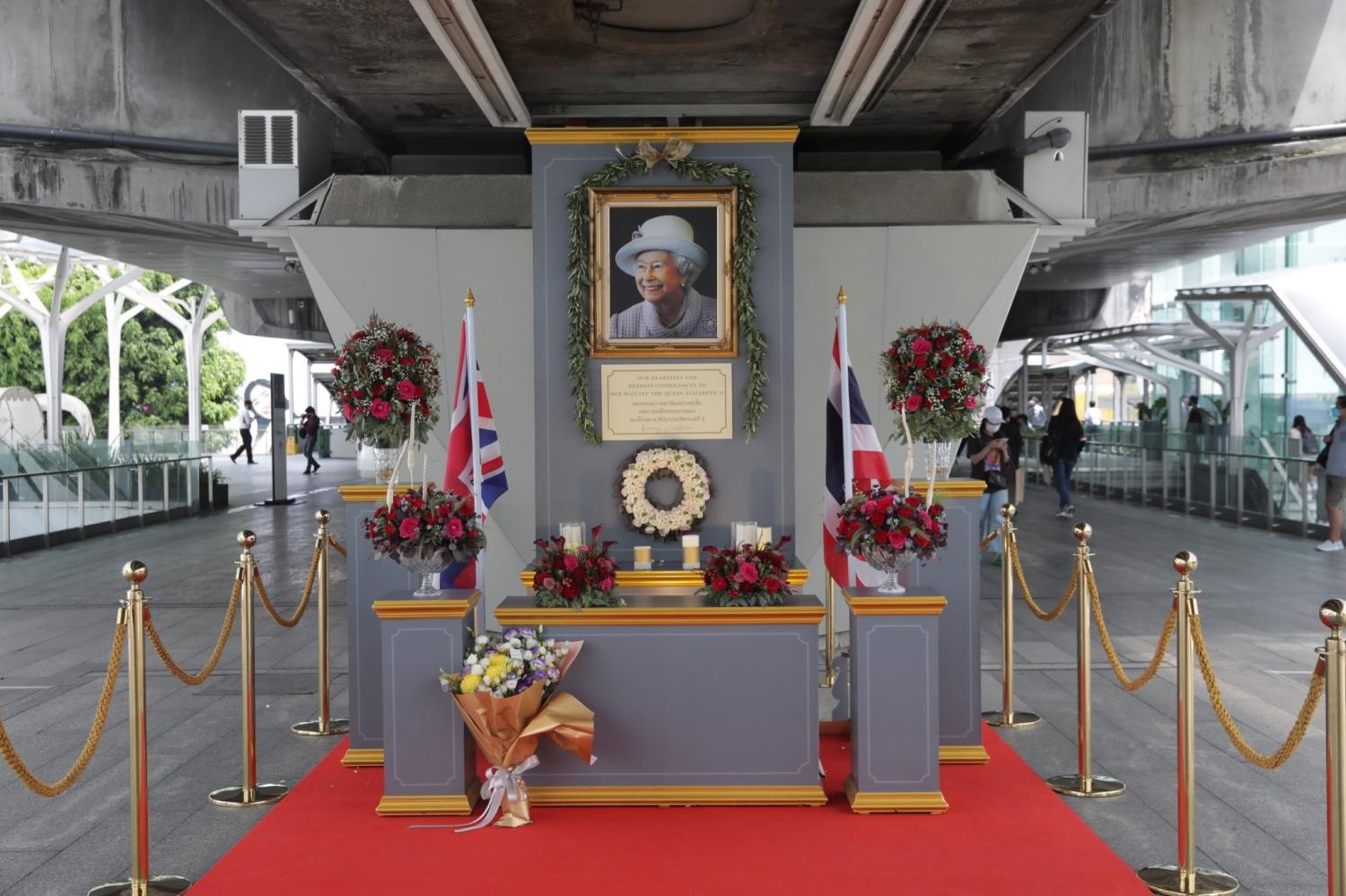 5. Madame Tussauds Bangkok has placed a special condolence book next to Queen Elizabeth II's wax figure so guests can write down their thoughts and tributes. 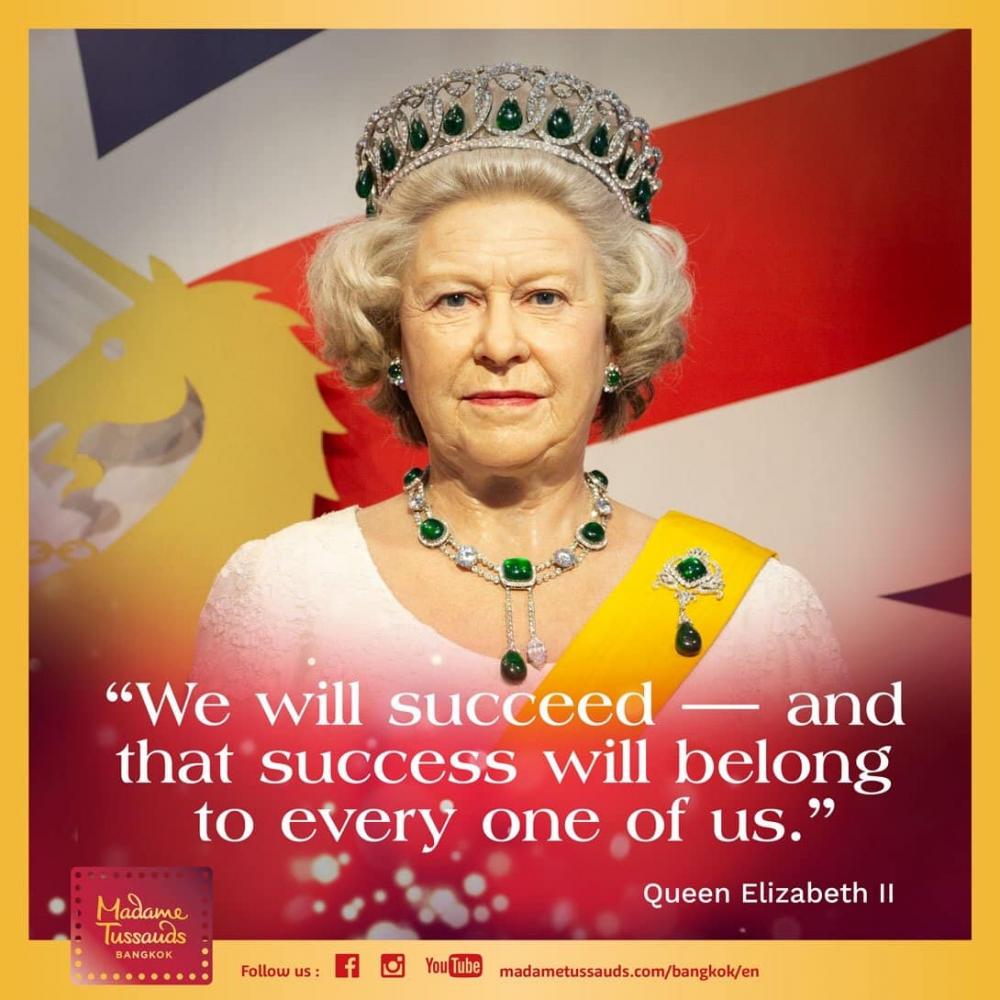 6. You may already be aware of Queen Elizabeth II's second visit to Thailand in 1996 when she joined a state banquet at the Grand Palace to commemorate the late King Bhumibol Adulyadej's golden jubilee. But the queen's ties to Thailand goes way back to her first visit in 1972. A day after her passing, the Thai Film Archive posted a rare video of her 1972 visit to Chiang Mai along with Prince Philip and Princess Anne. It was recorded and narrated by noted filmmaker Taweesak Wiriyasiri. 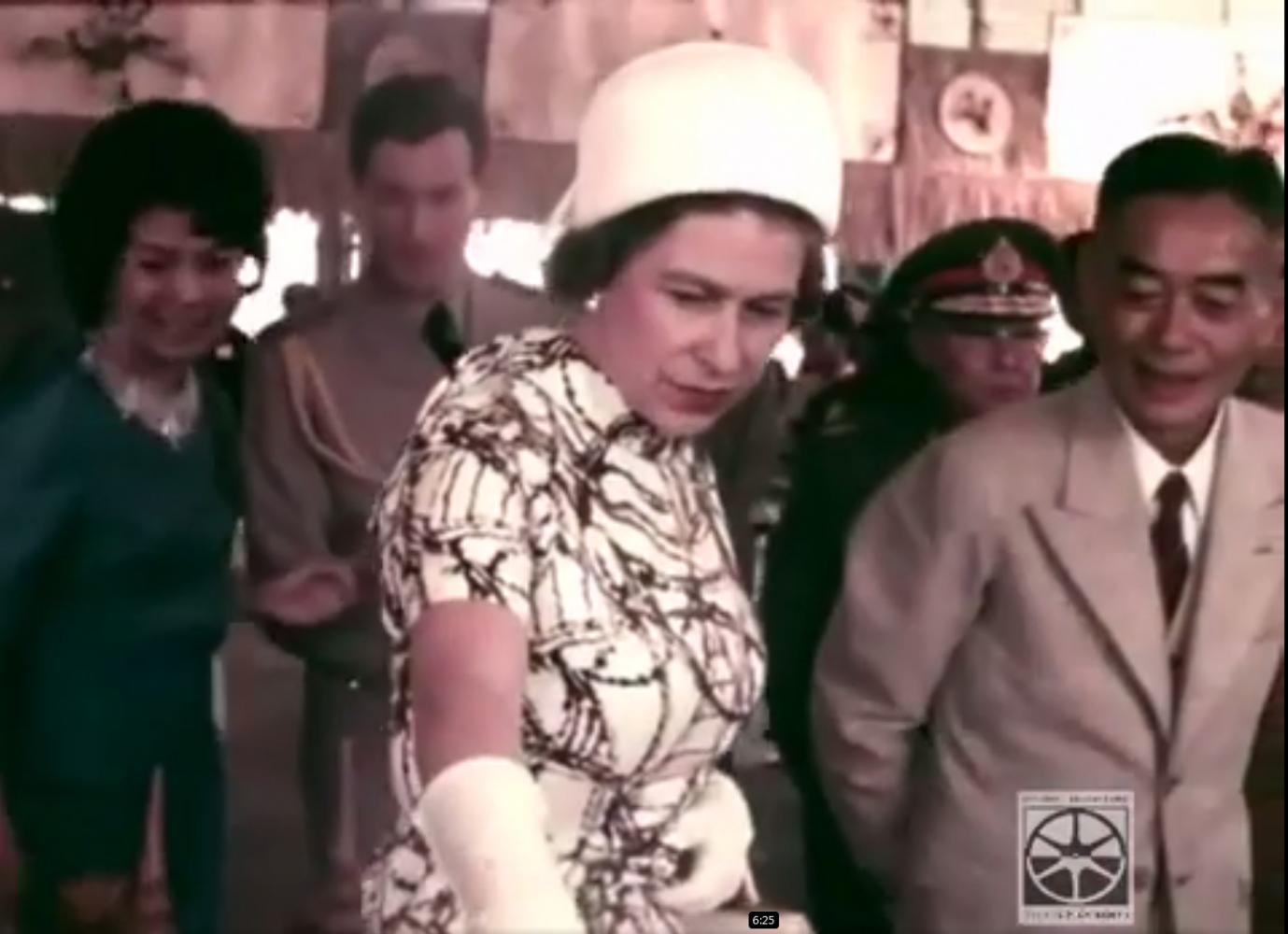