The looming ban on Russian crude 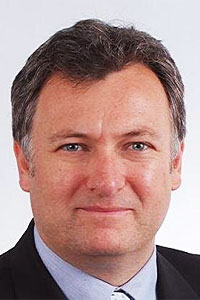 Crude oil prices are engaged in a tussle between fears of a recession-led demand decline and ongoing supply tightness, with risks to demand currently edging ahead.

But many in the oil industry are concerned that supply tightness will make a comeback when the European Union ban on Russian crude imports comes into effect in December, and a similar measure on refined products in February 2023.

The industry is holding its first major face-to-face gathering in Asia at S&P Global Commodity Insights Appec 2022 event, and uncertainty over how the ban will work in practice and how the industry will adjust was rife.

It's safe to say that very few in the oil industry think the ban is a good idea, not only from the risk to supply but also from the perspective of increased compliance, freight and other costs. And then there's the always present factor that some players will work out ways to cheat and prosper from what is effectively a governmental interference in the world's most important commodity market.

It's worth looking at what is at stake and what the most plausible scenarios are when the bans come into effect. Europe currently gets around 2 million barrels per day (bpd) of crude and about 1 million bpd of products from Russia.

The current plan is that these barrels will no longer go to Europe, but they can stay on the world market under a yet-to-be-determined price cap set by the European Union, the United States and other countries party to the ban on Russian crude and products.

Refiners, insurers, shippers and traders would be able to deal in Russian crude and products if they adhere to the price cap and its associated compliance measures.

The aim is to achieve two things, firstly to keep Russian crude and products in the global mix, but at a substantially reduced price, which acts as punishment for Moscow for its Feb 24 invasion of Ukraine.

There are several risk factors that are currently unknown, chief among them is whether Russian President Vladimir Putin will meekly accept a price cap on much of his country's crude and product exports, or whether he will simply shut in production and see if that will cripple Western economies and weaken their resolve.

Assuming Mr Putin does allow crude to continue to flow under a price cap, the problem then becomes one of compliance and logistics. While the levels of the price cap are yet to be released, it's probably a fair assumption that it will have to be at a fairly steep discount to the prevailing price of a global benchmark such as Brent crude futures.

Brent was trading close to a nine-month low of $84.75 (3,218 baht) a barrel in early Asian trade yesterday, having dropped almost 20% since the end of August as global recession fears mount.

For argument's sake let's assume a Brent price of $80 by December when the ban comes into effect and a price cap for Russian crude of $60.

At that sort of discount it's likely that countries in Asia, such as China and India, as well as smaller crude importers in Africa, such as South Africa, will be interested in buying the 2 million bpd of Russian crude no longer going to Europe.

If demand for the discounted crude exceeds supply, then the problem of cheating, or subverting the price cap, comes into play. There are players in the oil industry who have become very adept at circumventing sanctions, with the ongoing flow of Iranian and Venezuelan crude a case in point.

However, the United States and Europe may actually not mind cheating on the price cap, depending on how the money is split up. A senior official, speaking off the record at the Appec event, said that if traders and refiners were making some money out of circumventing the price cap, that wasn't really a problem.

It would be more problematic if some of the money above the price cap went back to Russia, but even in this scenario as long as Moscow isn't getting full price for its oil, then the plan to punish Russia would be deemed to be working. The main risk of the plan to cap the price of Russian crude and products and force a re-alignment of global flows is that the logistics won't be able to keep pace. More tankers will be required to ship Russian crude given an increase in voyage times if the crude and products go to Asia rather than Europe.

On the other side of that equation is Europe will need to import more crude from further away, with cargoes to replace Russia likely to come from Africa, the Middle East and the Americas. All this adds to the cost and complexity of the global trade and is likely to result in a tightening of supply, as it's likely that even if the demand is there, some of the Russian barrels that used to go to Europe won't be able to go elsewhere on supply chain constraints.

The oil industry would likely prefer that Europe and the United States don't place restrictions on Russian crude, but this currently isn't an option from a political perspective. Whether the industry can adapt in time, and what Mr Putin does in response, are looming risks that all but ensure that the current risk premium in the crude price remains in place. Reuters

Clyde Russell is a Reuters columnist.

Theatre of the absurd