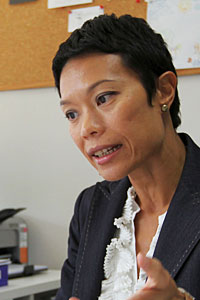 On the face of it, the government of Prime Minister Prayut Chan-o-cha seems to be saying the right things about sustainable and inclusive growth. The prime minister himself has been touting a Bio-Circular-Green (BCG) economic model for Thailand, pitching it as the overarching theme of the recently concluded Asia-Pacific Economic Cooperation leaders' meeting. Yet, the political economy hidden underneath Gen Prayut's lofty rhetoric is becoming more short-term and exclusive, allowing wealth to be concentrated in fewer hands, giving a handful of conglomerates oligarchical control over the market.

Among these few powerful corporate giants, it is common knowledge that the Charoen Pokphand business group is at the top of the hierarchy. From its base in the agro-industry, CP expanded to lord over a gamut of businesses, from retail and distribution to property development and telecommunications. Its market dominance has benefited from weak regulations and a meek government that appears to favour big business rather than stand up for consumers and ordinary people.

The latest case of undue market dominance is the World Cup matches that have been watched incessantly across Thai households for the past fortnight and in the next two weeks. International broadcast rights understandably cost money. The Sports Authority of Thailand (SAT), the state enterprise entrusted to ensure local audiences get to view major international sporting events on TV, dithered on securing broadcast rights until the last minute. Indeed, Thailand was the last country to arrange TV viewing, just two days before the first of the 64 matches kicked off in Qatar.

As financing details were divulged, it turned out that True Corporation, CP's telecoms arm, contributed 300 million baht to the overall cost of 1.18 billion baht paid to the international football association (Fifa). The bulk of the bill, or 600 million baht, came from the taxpayer-funded National Broadcasting and Telecommunications Commission (NBTC). The remaining 280 million baht was taken up by two other business groups -- ThaiBev and PTT -- in exchange for advertising time to promote their products.

For footing just 25% of the total bill, True somehow was given exclusive rights to beam 50% of the matches -- at its choosing. This meant True was able to select 32 choice matches involving big names, such as Brazil, England, and Germany. Naturally, True will be broadcasting most of the matches in the knock-out stage, including the semi-final and final. It is a good deal for True at the taxpayer's expense.

Other digital TV channels have lodged a protest with the NBTC but so far to no avail. When True got its sweet deal, the SAT went right along, and the NBTC did not object. Under public pressure, True relented by sharing 16 of its 32 broadcast matches with other TV operators, meaning the towering telecoms player still had exclusive rights.

That's not even all there is to it. Watching True's World Cup broadcast has to be done via True-affiliated service providers. True claimed that its contract with the SAT gave it the exclusive right to broadcast the event via channels and platforms other than terrestrial TV. This means viewers cannot watch the matches on cable, satellite, Internet Protocol Television (IPTV), mobile, or any other streaming platforms unless they subscribe to those services provided by the True group or go vintage by seeking a terrestrial antenna to watch from free TV channels.

True's World Cup case of exclusivity echoes its earlier and much bigger merger with DTAC, the local subsidiary of Norway's Telenor. The NBTC's green light in October literally turned Thailand's mobile telecom industry into a duopoly and risked creating a player with strong market power in the country's digital ecosystem.

In today's digital economy, market power is not only derived horizontally through increased market share in defined products or services like mobile network services. Rather, an equally, if not more, powerful way to create market dominance in the digital ecosystem is to have control in other markets that are vertically related. This type of market power is derived from the ability of companies to exercise their dominance not just over other competitors in the same market segments, but also in other related markets that are often vertically related in the same supply chain. In the case of digital services, the vertical supply chain involves two types of key players -- content or service providers, and those who control the channels through which the content and services are provided.

A case in point is True's World Cup exclusive broadcasting rights. Watching the matches that True broadcasts has to be done on True's own equipment, via its own mobile networks and cable channels. In simple terms, it is a package deal that benefits from the telecom giant's proprietary vertical integration in the digital economy that allows it to control the content it has and the channels through which that content is offered to end-consumers. When one buys one thing from this kind of powerful player, one has to buy another, and yet another, and so on.

This is why the True-DTAC merger will carry ramifications beyond mobile phone service charges. As more things around us become increasingly digitally driven and enabled, those who have final access to consumers via its myriad of channels will stand to benefit most as they will have control over an ever-widening range of digital content and services. This gatekeeping ability over other digital businesses, from movie-streaming to e-payment or online education, is the key to market control in the digital era.

Mobile network operators like AIS, True, and DTAC are gatekeepers to a range of businesses that need to rely on their mobile networks to enable their value-adding applications and services. Should these network providers also expand vertically into other digital businesses, their owned ventures are likely to benefit more from having privileged entry to the networks that are also run and operated by themselves. True's exclusive broadcasting right via its own equipment and channels proves this point.

Both the World Cup broadcasting rights and the True-Dtac deal testify to Thailand's sagging economic structure being dominated by a few conglomerates. The Thai regulator's static view of industry dynamics, coupled with the increasingly extensive market power of domestic business groups across traditional and digital sectors, could stifle competition and innovation for newcomers and smaller business operators. These facts betray the prime minister's superficial and perfunctory BCG rhetoric.

As public debt has more than doubled to exceed 10 trillion baht since Gen Prayut became prime minister in 2014, sustainability requires more prudent spending and better strategies for growing the Thai economy for all; not just some. Inclusiveness similarly necessitates a greater allocation of opportunities and resources to smaller and medium-sized businesses that are more dynamic and innovative than incumbent behemoths. The biggest threat to Thailand's long-term economic health today is the entrenchment of this exclusive oligarchy.