The cabinet needs to do the right thing today, which is to approve the Nasa research project for U-tapao naval air base in August. But Prime Minister Yingluck Shinawatra and her ministers need to do much more. Thanks in part to a disinformation campaign, many Thais are unclear about what the US space agency will be up to. Science and Technology Minister Plodprasop Suraswadi said he is prepared to provide all the details if he is asked. Why he hasn't simply laid out the mission in clear fashion, only he can know. 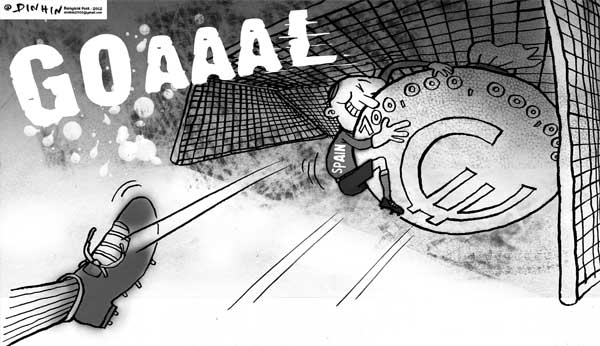 The startling fact about how the cabinet decision came down to the last minute is why it happened. On the face of it, the government dillied, dallied, juggled and almost dropped the ball. The decision it is being rushed into today could have been made in a leisurely way months ago. As Ms Yingluck said last week, "We have our own procedures to follow." What the country deserves to know is why, then, the government did not follow them.

The discussions between Nasa and Thai officials have been going on for years _ since 2008, according to Nasa, and for more than two years at government level, according to the Pheu Thai Party. During that time, there has been no notable disagreement. Indeed, earlier this month, Foreign Minister Surapong Tovichakchaikul was in Washington where he and his counterpart Hillary Clinton wished success for the programme.

The still-proposed Nasa mission is officially called the Southeast Asia Composition, Cloud, Climate Coupling Regional Study _ SEAC4RS in jargon shorthand. It would base several specialty planes at U-tapao for six to eight weeks. Low- and high-flying planes test the atmosphere for numerous meteorological measurements _ everything from the effect of the monsoon on the upper atmosphere to the effect of aerosols on ground-level pollution.

Like everything Nasa does, the goal is scientific and the results are guaranteed to be published and available to everyone and anyone who wants them. The misguided opponents of the mission have resorted to using disinformation, misinformation and outright trickery. One of the most pernicious claims is that Nasa is a military-run group, responsible to the Pentagon. This is false, and easily verified.

In recent days, Democrat Party spokesman Chavanond Intarakomalyasut has emerged as an outright opponent of this scientific endeavour. Mr Chavanond has engaged in questionable tactics, but one stands out. He owes the foreign minister an apology for claiming that Mr Surapong "lied" when he said that China allowed Nasa to make flights from Hong Kong. China did exactly that, as early as 2001, less than four years after regaining sovereignty of the former British colony.

Mr Chavanond's party leader, former premier Abhisit Vejjajiva, has toyed with the issue of U-tapao flights. He should now take the correct stand and back them.

The Abac Poll reported on Sunday that a huge majority of Thais back the proposed Nasa mission at U-tapao _ well over 70%. An unscientific poll by this paper showed yesterday that an astounding 90% of readers reject the claim there is some loss of sovereignty in allowing Nasa to use U-tapao. The Thai public is thinking clearly, and today is time for the government to do the same.